After appearing in an incomplete version of its red and white ‘Routemaster’ livery over the August Bank Holiday weekend, Blackpool Balloon 701 has now spent some more time in the Paint Shop for completion of this stunning repaint. The tram was then officially launched back into service at a short ceremony on the afternoon of Friday 26th September, followed by a special run through to Fleetwood and back for the gathered enthusiasts.

Since it had previously been seen out on the tramway the ornate lining out which helped to make 701‘s Routemaster livery so attractive first time around has been beautifully recreated, whilst in recognition of the Fylde Tramway Society’s generosity in financing this repaint, the FTS logo features prominently on the staircase panels. With this in mind, the tram was welcomed into the heritage fleet by FTS President Harold Blythe and Blackpool Transport’s own Director of Delivery Bob Mason, before operating a single daylight trip from North Pier to Fleetwood and back again. The highlight of the day came on arrival at the Ferry however, where 701 was posed next to a preserved Routemaster bus painted in the matching red and white colours, as worn by the small fleet of ex-London buses which run roamed the promenade, and offering a real taste of the early ‘nineties.

After a short break the tram then re-appeared on illumination tour duties, running alongside the illuminated cars Frigate 736 and Trawler 737 - unusually the Western Train 733+734 was not used on this evening. Of note, 701‘s interior appearance has been enlivened by the novel addition of some coloured overlays applied over the encased saloon lights, giving the lighting a coloured tinge. An attractive blue colour has been employed upstairs whilst the lower deck is now bathed in red. This should hopefully further boost 701‘s appeal when it runs on illumination tours and ensure that this striking tram stands out even more whenever it appears. 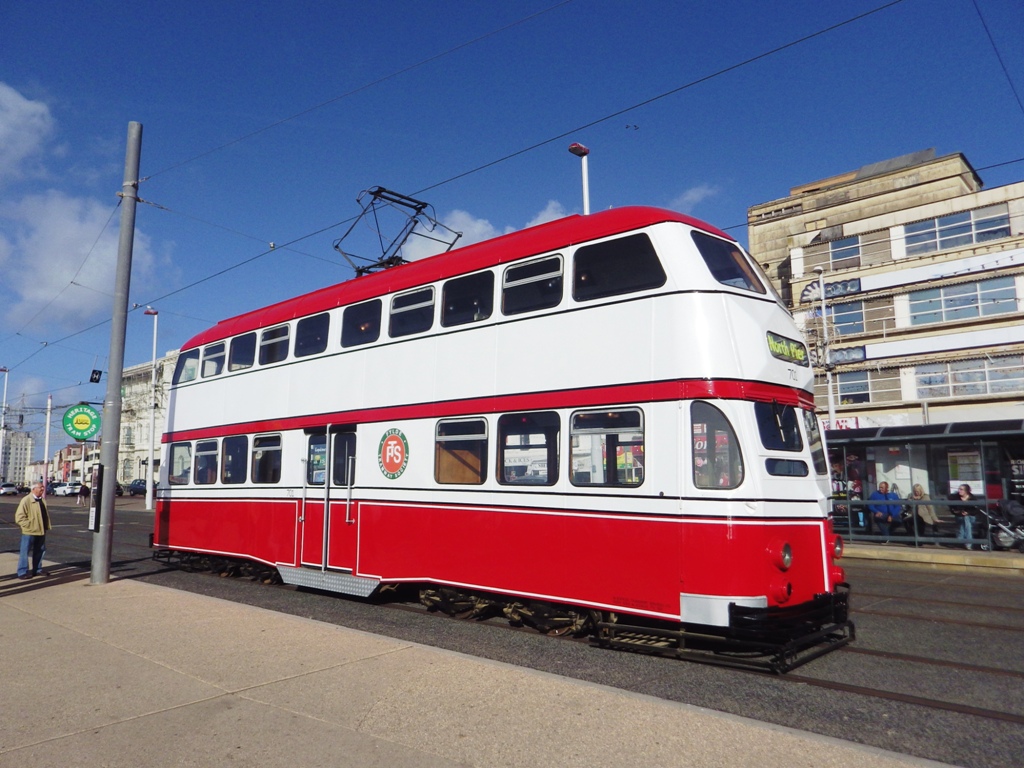 A stunning red Balloon car against a gorgeous blue sky, as 701 arrives at North Pier ahead of its launch ceremony on 26th September. 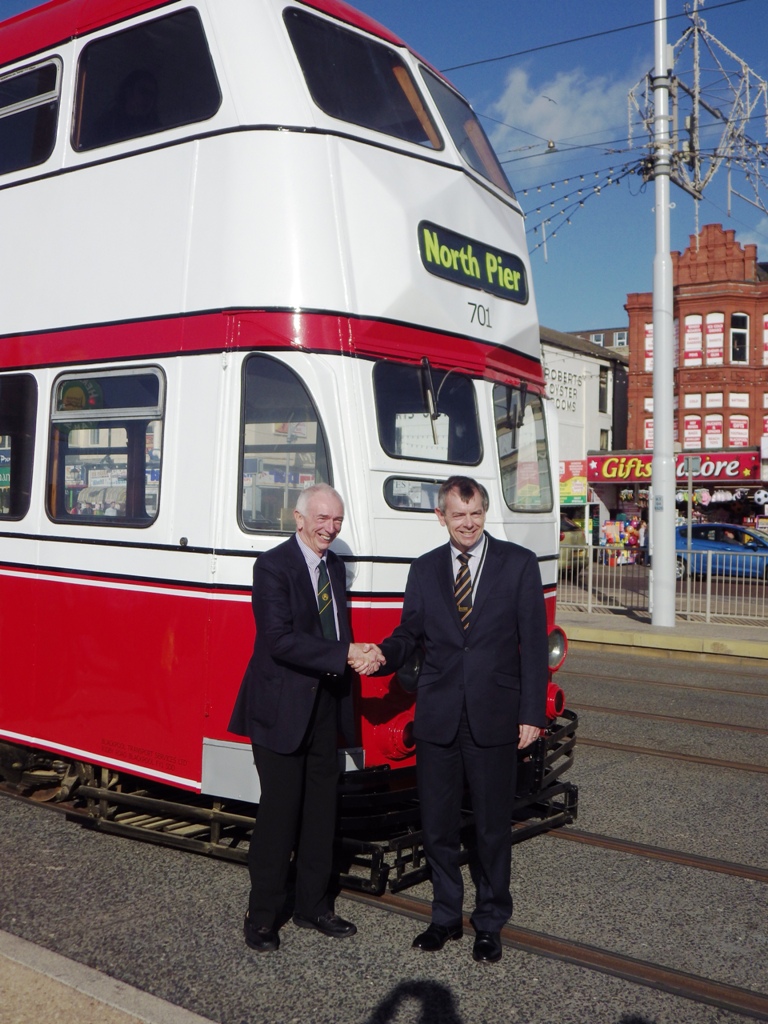 Harold Blythe and Bob Mason shake hands as 701 is welcomed into the heritage fleet following its FTS-funded repaint. 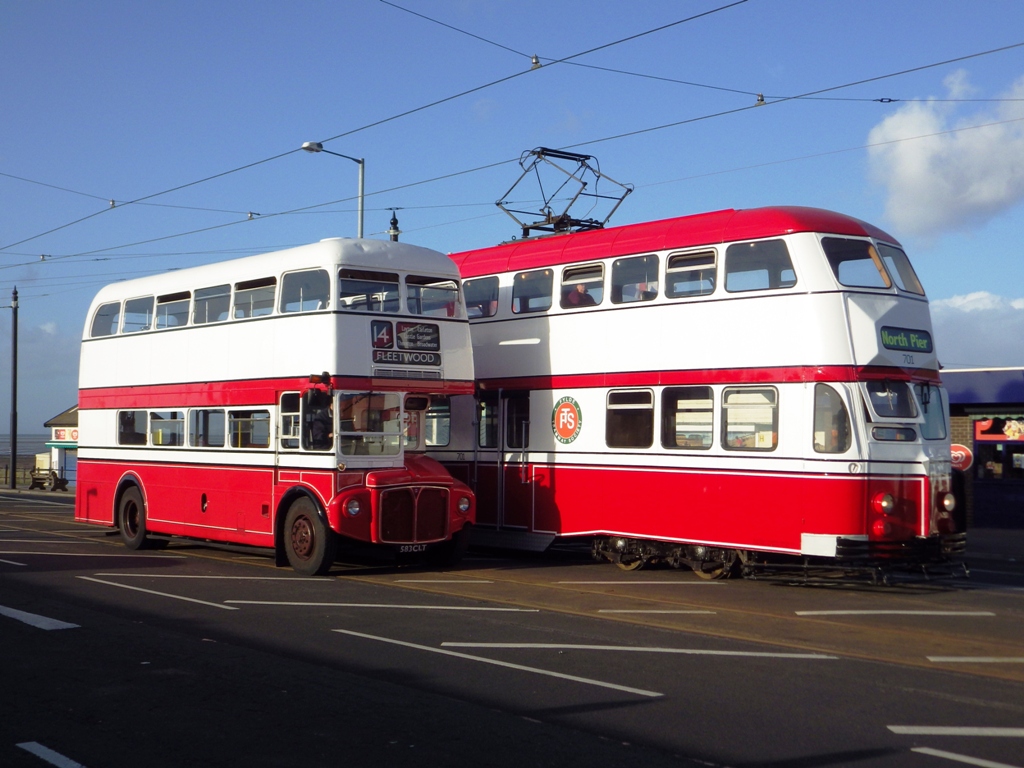 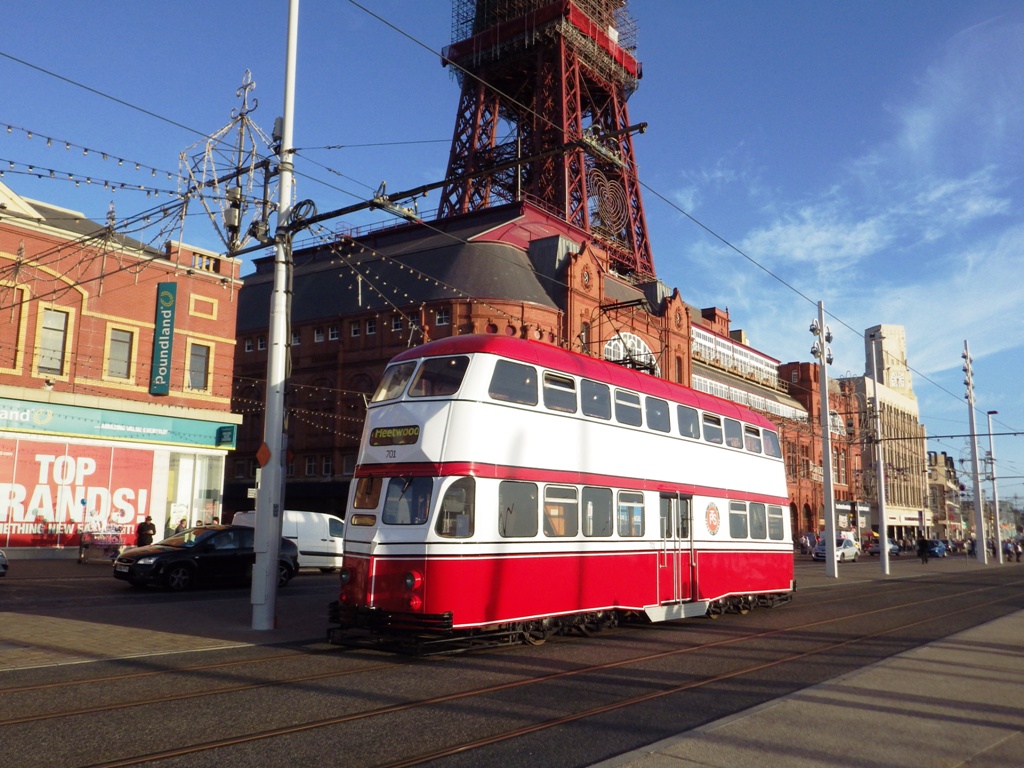 Against the backdrop of Blackpool Tower, 701 heads back to Rigby Road empty following its special launch event. 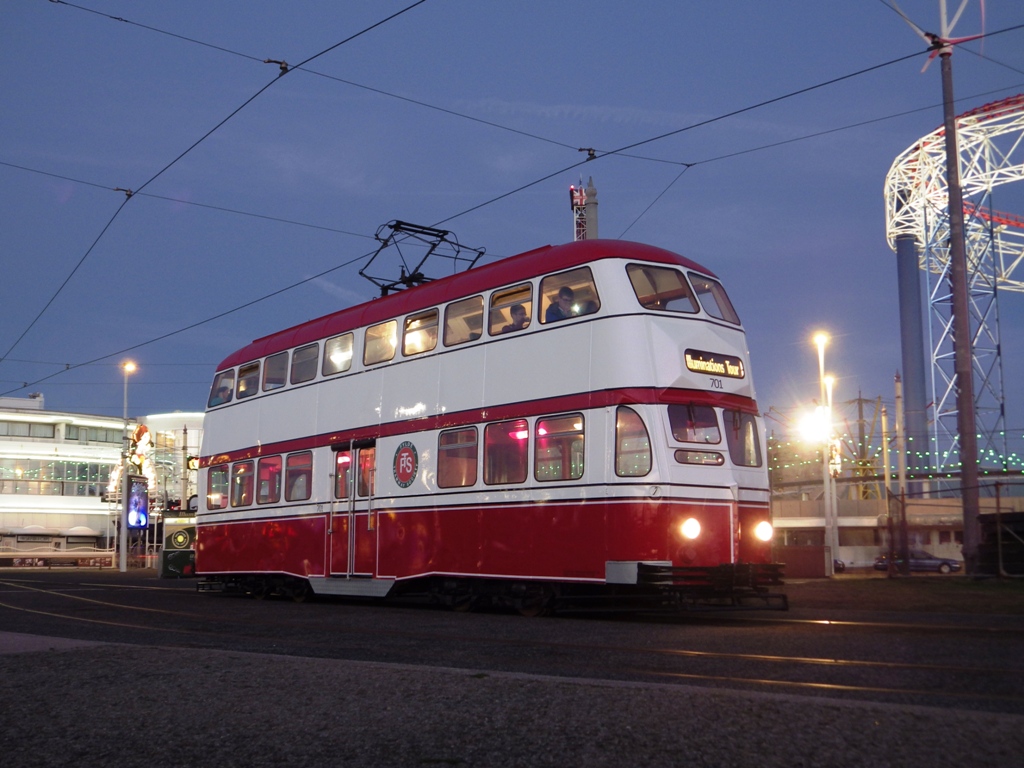 Later on and 701 is seen at Pleasure Beach as passengers board for a tour of the illuminations. Note the red glow of the lower saloon due to the simple effect used on its interior lighting! (All photos by Paul Derrick)