LTT trams to be re-homed

A representative of the Lancastrian Transport Trust has recently confirmed that this organisation is planning to cease its tram-related activities completely in the near future, in order to focus its resources on their remaining historic bus collection. The expected transfer of nine LTT-owned trams into Blackpool Transport’s own heritage fleet would have left the Trust with just three trams anyway, so this announcement is not a huge surprise, although it will mark a significant turning point for the preservation movement.

The best news to emerge from the announcement, is that Blackpool Coronation car 663 looks set to return to Rigby Road next month, having been absent since 1976 when it was first sold into preservation! The tram is scheduled to leave its current home at Brinwell Road and join the other heritage trams at Rigby Road, where it will become part of the resident fleet once again, subject to the successful completion of negotiations for a transfer of ownership. This will mean that all three surviving Coronation cars will be back on home turf, and one day it is hoped that all three will be able to operate together on their native rails. Having gone through several different owners over the years and moved between a number of different locations, it is extremely pleasing that 663 looks set to find permanent sanctuary in Blackpool after experiencing more than its fair share of threats to its survival!

The ultimate fate of the other two tramcars which will remain in LTT ownership is currently less clear, although it is hoped that a secure future can be found for them both. Former Towing Car 671, presently stored outside, could be tricky to re-home as in its current condition the car is single-ended (its long-term partner 681 is owned by Merseytravel and stored at Knowsley), although at least one organisation is believed to have shown some interest in taking it on and hopefully this will allow 671 to enjoy a more prosperous future. Balloon 703 is of course just over half way through an intended five-year loan period at Beamish Museum, where it is in regular operation masquerading as Sunderland 101. As the museum have invested a lot of time and money in keeping this tram serviceable, it is hoped that the LTT might consider donating it to them a gesture of goodwill. This would certainly go some way towards making up for the unexpected departure of Open Boat 233, and would offer a viable future towards what was always one of the most popular of the Balloon class.

Hopefully a positive solution will now be found to ensure that all of the trams that had been collected by the LTT will have a bright future with new owners. With rumours of the charity facing liquidation now denied and plans afoot to retrieve the last tram left at Brinwell Road, hopefully all associated parties can now put the past behind them and concentrate on what really matters; the preservation of the Fylde’s transport heritage for the benefit of future generations. 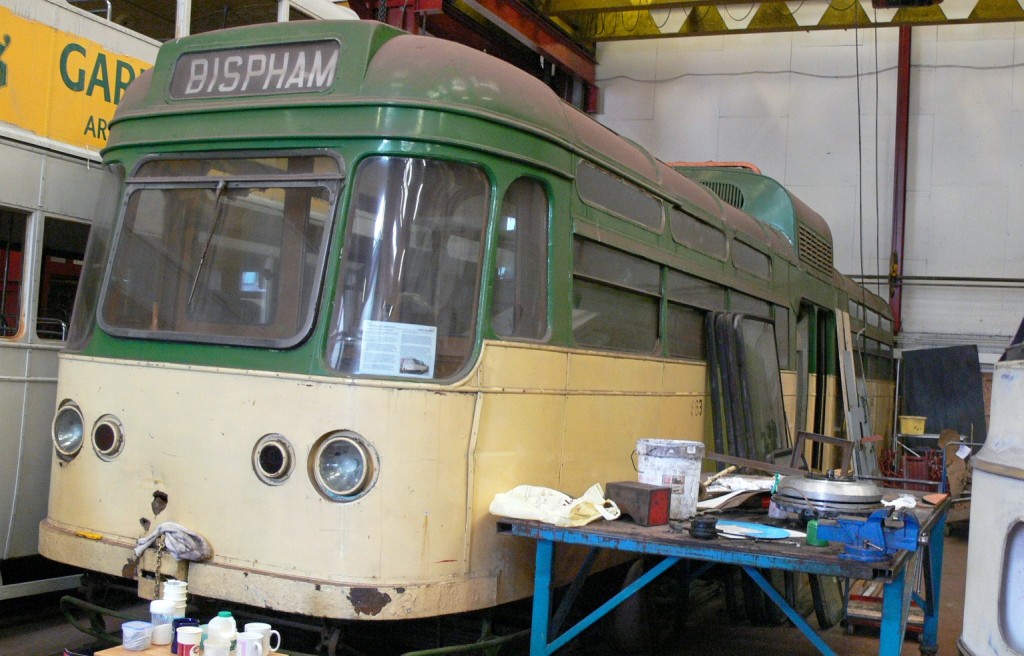 A view of Coronation 663 taken inside the Brinwell Road shed during an LTT open day. More recently this tram has been partially stripped, but is soon expected to leave this site for good. (Photo by Tony Waddington)

12 Responses to LTT trams to be re-homed