Despite being scaled back in format, the Heaton Park Tramway’s Autumn Gala event, held on Sunday 17th November turned out to be an absolutely fantastic occasion, with the tramway’s volunteers pulling out all the stops to put on a great show on what was their penultimate day of operation for 2013. All six trams currently on site played their part in the day’s activities, with some spectacular line-ups being the highlight of the event.

After a visit by Councillor Rosa Parks and Alderman Whitmore, with the former invited to drive Manchester 765, a line-up of five trams was arranged at the Middleton Road end of the tramway. In order, Leeds 6, Blackpool 752, Manchester 765, Blackpool 623 and Stockport 5 were parked in one long line, and as an extra unplanned attraction, Blackpool Vanguard 7/619 was also posed alongside the rest of the fleet, giving visitors the chance to photograph the six trams all together. Once the display had been dispersed, cars 5 and 765 settled down into normal passenger service with several full loads observed on both trams, whilst Brush car 623 was used for ‘Tram Driving Experience’ trips after performing a couple of service runs. However, another similarly impressive photo opportunity was held later on in the afternoon, with the three operational trams joined at Lakeside by Leeds 6 which operated one return journey to this location, with staff and friends on board.

During the day, many visitors were able to inspect the new Lakeside depot which was opened up for the first time. This revealed recent progress, including the recently completed Road 3 and the first overhead wires which have begun to appear. Works car 752 was posed at the front of the depot for a few hours before being retrieved with assistance from Stockport 5, as the wires inside the depot are not able to be used just yet. The Mayor of Stockport also paid a brief visit to the park and posed for photos aboard car 5.  As the event drew to a close, and final photos of the trams fully illuminated as darkness fell, many people were heard to comment that the supposed ‘non-gala’ had actually surpassed all expectations, in fact it was widely considered to be better than the tramway’s last Spring Gala!

With just one more day of public services this year before the volunteers and vehicles take a well-earned break for two months, this was the last chance for the MTMS to raise extra funds to assist with the various projects in the pipeline for the winter. However, many members will still be attending on a regular basis to complete the new depot works, as well as finishing the overhaul and repaint of Leeds 6/Hull 96, and carrying out some mechanical work on 765. Come to think of it, the ‘rest’ period will probably be just as busy as the latest event was for some! 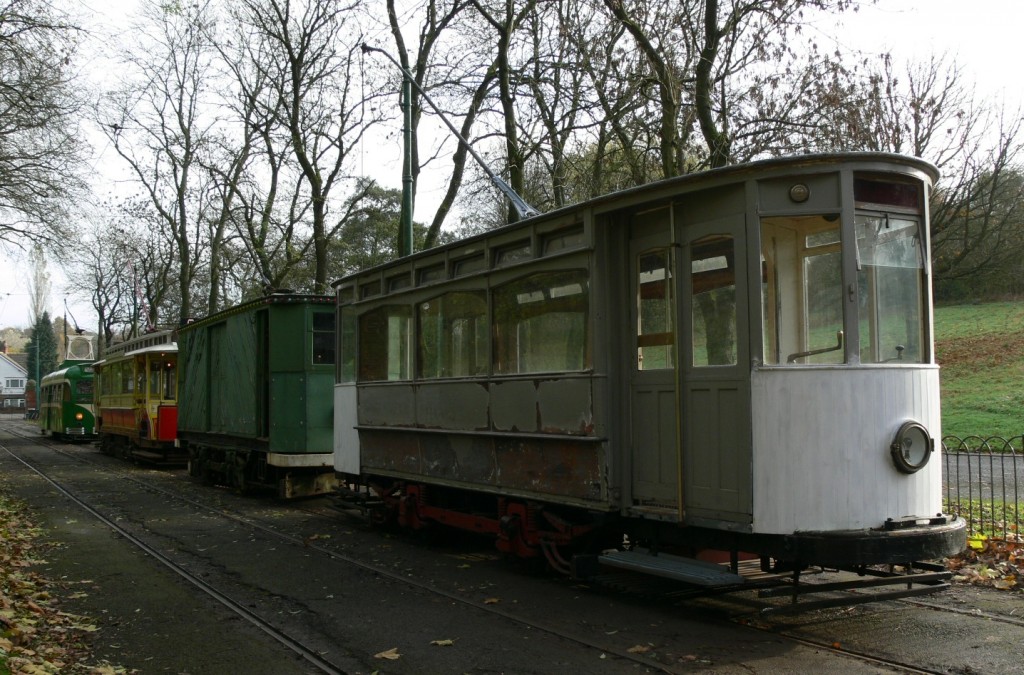 As preparations for the (slightly delayed) 12:00pm line-up get underway, Leeds 6 - seen part way through a body overhaul - heads a line of trams at the Middleton Road terminus. (Photo by Andrew Waddington)