On Tuesday 12th November 2013, a small but very significant step towards the completion of a second tram depot at Manchester’s Heaton Park Tramway occurred, when Blackpool Railgrinder 752 became the first tram to enter the new building. Although the erection of overhead wire inside the depot is still ongoing, the first track is now sufficiently complete for testing to begin.

The first track (to be known in future as ‘Road 3′, despite being laid first) now extends all the way to the back of the new Lakeside Depot and 752 made it all the way to the back on this historic day. Of course, this isn’t the first time that 752 has made history in this way since entering preservation as it was also the first tram to move onto much of the Lakeside extension, before this opened in summer 2011.

Meanwhile, ballast is being used to fill in the space between the newly laid rails to create a safer working environment inside. In addition, all fittings for the overhead are complete and an isolated wire along with breaker is in place between roads 2 and 3. Unfortunately due to a fault with the tramway’s cherry picker (AKA the beast), which has only recently been commissioned, the overhead has not yet been completed and connected to the main line feed. The block work around the depot has also made steady progress over the last few weeks, albeit not as quickly as had been hoped, although this work is now complete along the right hand side of the building. 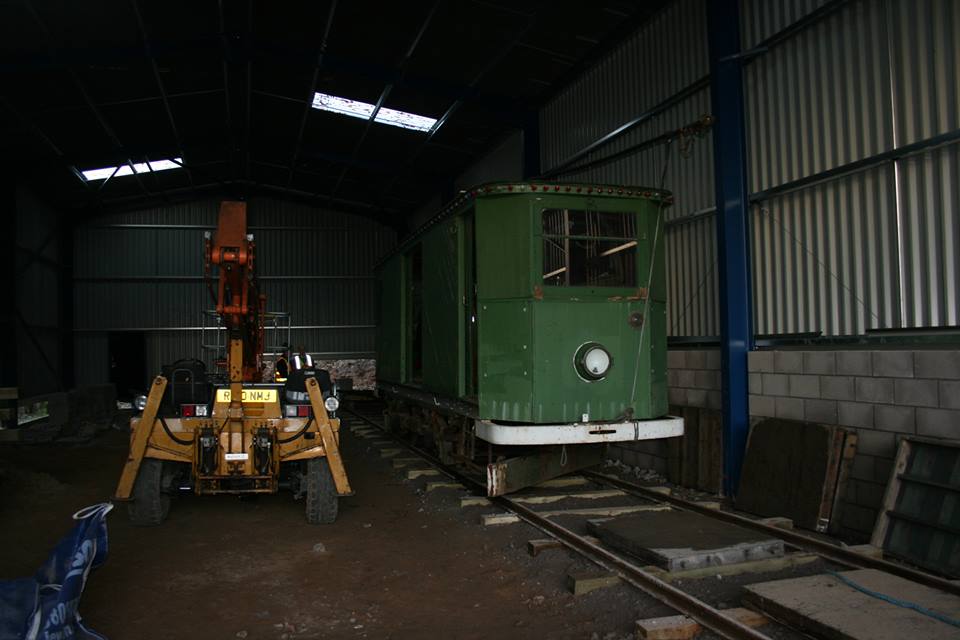 History in the making for Heaton Park with Blackpool 752 standing proudly near the back of the new Lakeside Depot, alongside the defective cherry picker. (Photo by Joe Savage)