In Pictures: Restoration work continues on Glasgow 1245 – plus other sights at Summerlee

It has been a very long-time since we last featured the restoration of Glasgow 1245 at Summerlee so we remedy that in this latest article as we not only have a look at the Coronation Car but also the other trams at the museum.

The restoration of Glasgow 1245 has been ongoing since 2011 when work commenced with the tram having arrived at Summerlee nine years earlier. Built in 1939 by Glasgow Corporation in their Coplawhill works and remained in service on its home system until withdrawn in June 1962. It remained operational though and was used as a shunter and became the last tram to run under its own power on the Corporation tramway when it pushed 1372 into the erecting shop at the back of Coplawhill. 1963 saw the tram leave Scotland with it eventually finding its way to the East Anglia Transport Museum before it moved to Blackpool for storage in 1998.

Summerlee Museum took ownership of the tram in 2002 and it then moved back to Scotland. With the two decks of the tram split it was transported to Summerlee Museum where it would be stored for the following nine years before in 2011 restoration commenced. The tram body was lifted and the trucks removed with the first motor restored in late 2012. 2013 was a significant year in the restoration as the trucks, motors and then tram body were all moved into the general workshops at the museum. The tram would become a double decker again in 2016 with the two decks being reunited and then in 2018 the tram would be lowered on to its trucks again.

Bodywork repairs have been undertaken on the tram and good progress continues to be made on returning the tram to service in the future although much is still to be done including the fitting out of the interior.

Away from the restoration of 1245 and Glasgow 1017 and Lanarkshire 53 have been used in service already in 2022 with Dusseldorf 392 in the depot undergoing attention. 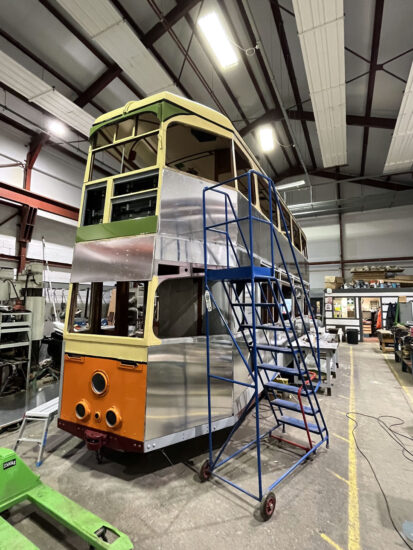 Glasgow 1245 in the workshops. Note the repanelling on the tram and the lack of window glazing. 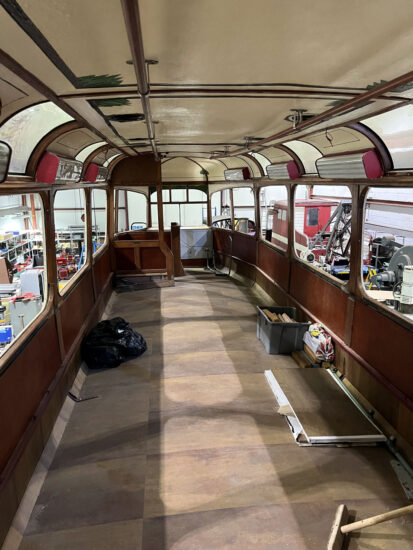 The upper deck of 1245 showing the current sparse interior. 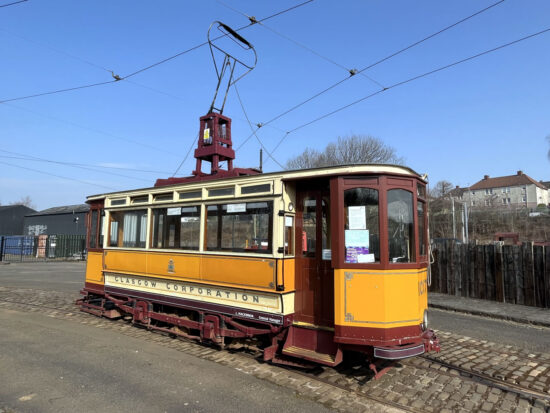 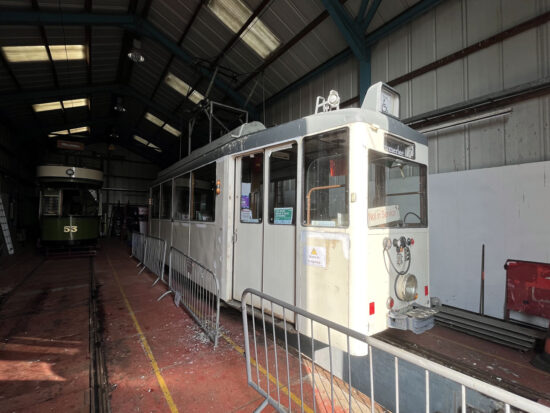 Inside the tram depot with Dusseldorf 392 on the right. The tram has “Work in Progress” signs stuck to the side. 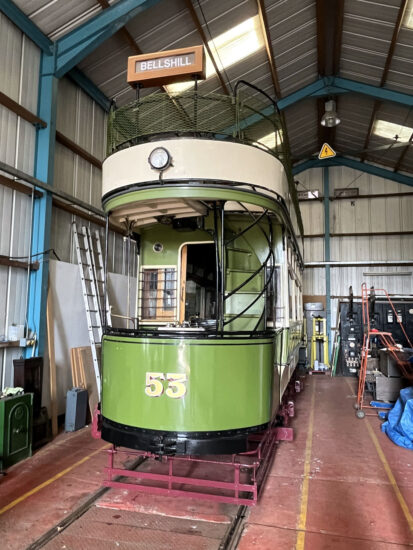 Also in the depot was Lanarkshire 53 which is serviceable but wasn’t in action on this day. (All Photographs by Scott Spencer, 23rd March 2022)