Posted on Monday 6 December 2021 by Gareth Prior

Weather wise the end of November’s “highlight” was the high winds of Storm Arwen but at the same time there was also some snowfall in various parts of the UK. One system which was affected was the Tyne and Wear Metro and after repairs were made to various parts of the system it gave the opportunity to capture some images of the network in the snow – and that’s exactly what Trevor Hall did! 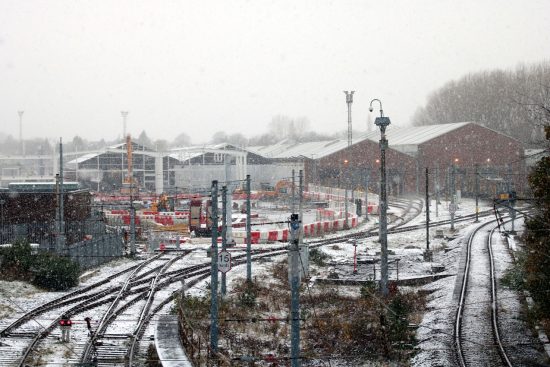 Taken through the continuing to fall snow this view shows Gosforth Depot. The ongoing construction work for the redeveloped facility can be seen on the left with one train set on the right. 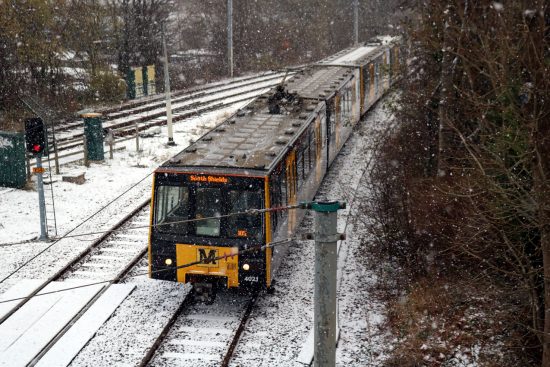 4021 heads a service to South Shields. The line into the Depot can be seen behind. 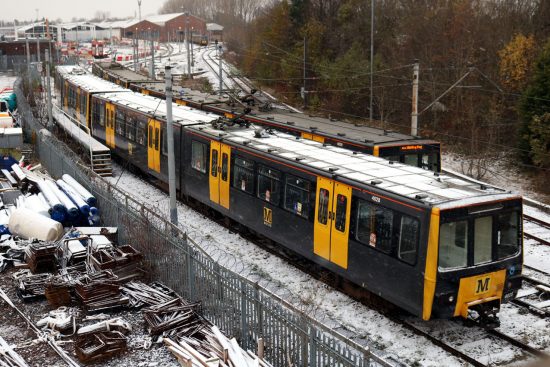 4028 is seen here returning to Gosforth Depot whilst 4029 heads out on the opposite side. 4028 was quite badly graffitied on the other side. (All Photographs by Trevor Hall, 28th November 2021)