Think trams or light rail in Dudley and you are most probably going to think about the West Midlands Metro extension to Brierley Hill but away from that project there is also the construction of the Very Light Rail Innovation Centre, which saw its test track officially opened in May 2021.

The Very Light Rail Innovation Centre is a joint venture between Warwick University and Dudley Metropolitan Borough Council with its main aim being to enable a co-ordination of strategic initiatives to introduce the concept of Very Light Rail to the UK. Part of this has already seen a test track completed on the site – which is located where Dudley Railway Station once was – and it will followed by the construction of the actual Innovation Centre building.

Construction work is now underway continuing for the Very Light Rail Innovation Centre, which is due to be opened in 2022. This will sit next to the test track and will boast a triple-height engineering hall, research laboratories, conference and seminar rooms and offices for 45 people. There will also be public areas, including exhibition spaces and an auditorium.

As for the test track this was officially opened in May 2021 and now appears to be home to a class 08 shunter as well as a class 37 diesel locomotive, although its not known what either loco is doing there. 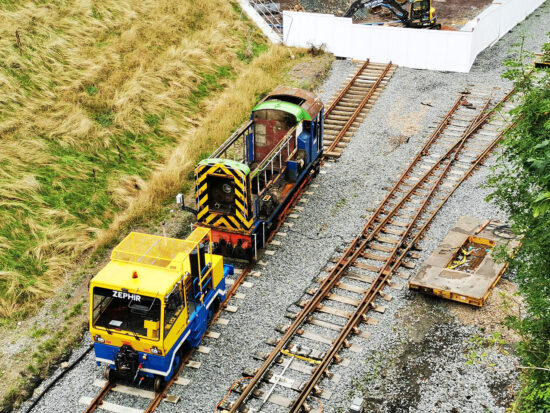 An aerial view of part of the site showing a road-rail vehicle and a class 08 shunter which doesn’t look as if it will be moving under its own power for a while! 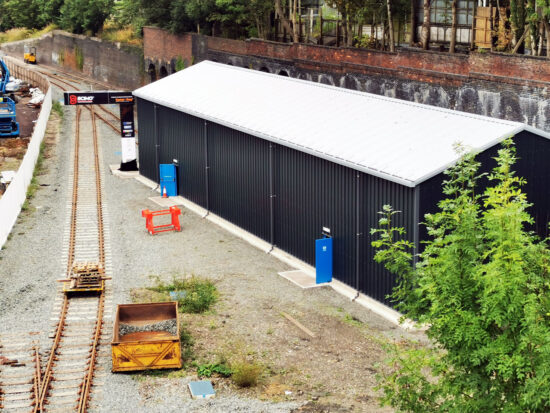 The test track heads off into the distance while on the right a small storage shed has been constructed. 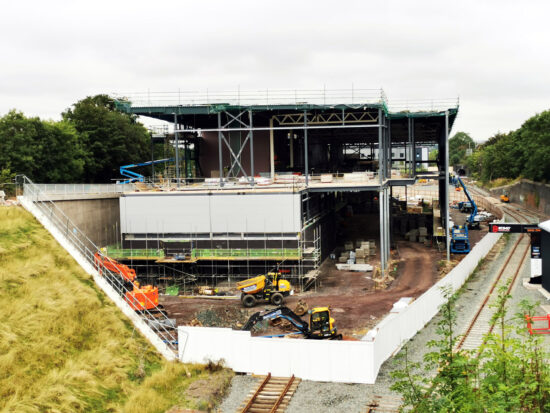 This is the Innovation Centre building which is well underway to be completed ahead of its deadline of 2022. 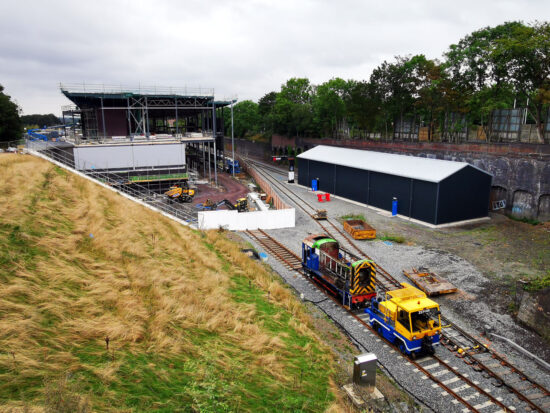 A general overview of the site showing the test track, storage shed and Innovation Centre building. 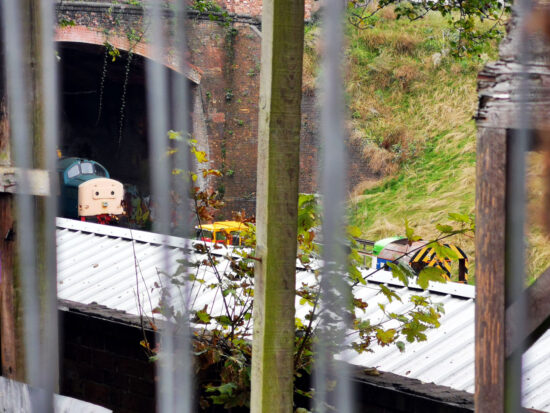 The class 37 hiding away in the tunnel. 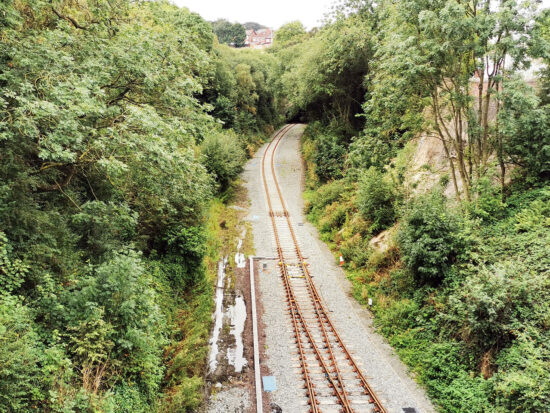 Another view of the test track. (All Photographs by Andy Walters, 13th September 2021)

This entry was posted in Very Light Rail. Bookmark the permalink.

5 Responses to In Pictures: Progress made at Very Light Rail Innovation Centre, Dudley