A welcome highlight of the Spring Bank Holiday weekend in Blackpool, was the opportunity to view progress on the restoration of Centenary car 648. As reported previously, it had been planned to launch the car into service on Saturday 25th May, but as it proved impossible to complete the required work in time, Blackpool Transport very kindly made the tram available for display on Hopton Road for a few hours – a gesture which was much appreciated by the many enthusiasts who went to see it.

When 648‘s advertising vinyls for the Hounds Hill shopping centre were removed, it was discovered that water had been trapped beneath them, causing the body panels to corrode – a problem previously experienced with Brush cars 630 and 631. As a result, the tram had to spend a week in the Body Shop which delayed the paint work sufficiently to rule it out of the May events. As could be seen on May 25th, the tram still requires the application of its gloss top coats, but the sight of 648 in green and cream undercoat was certainly enough to whet the appetites of those who saw it, helping to increase anticaption for its belated return to service.

However, 648 has not merely been repainted, but it is pleasing to confirm that efforts have been made to reverse some of the modifications inflicted on the car during its last refurbishment in 2006. The extended roof side panels have been removed along with the end skirting panels, whilst the side panels attached to the pantograph tower for advertsining purposes have also been discarded, revealing the original design of tower once more. As 648 has already had its old-style end profile restored, the finished result will very closely resemble its original condition and should make a splendid sight when application of the 1980s style livery, with ornate green lining out, is completed.

Even more good news is that 648 is due to be given its own special launch event which will be an extra heritage tram running day, in addition to those dates already advertised. The exact date has not been confirmed yet, to ensure that it does not have to be postponed again, but should give many enthusiasts an incentive for yet another visit to Blackpool this year. 648 will also operate on hire to the Fylde Tramway Society for a tour on Saturday 20th July along with ‘Princess Alice’ 706, so fans of the Centenary class will have a few chances to ride on this tram once the current work is completed. 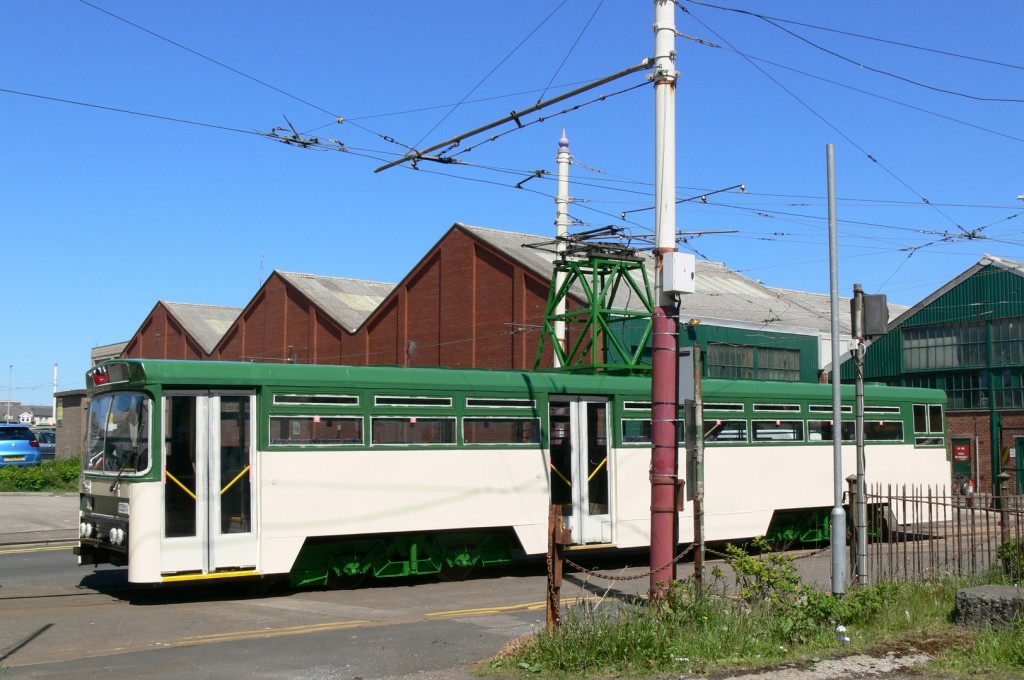 A side view of Centenary car 648, part way through its repaint, on Hopton Road on the beautiful sunny afternoon of May 25th. (Photo by Andrew Waddington) 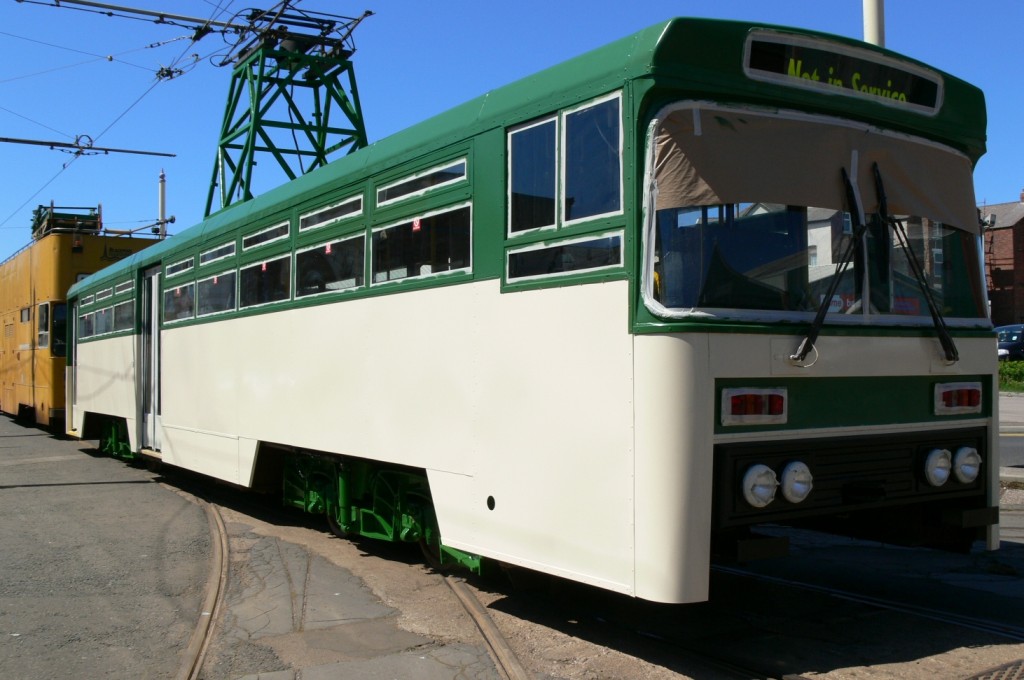 Another view of 648, with Engineering car 754 coupled up having hauled it out of the Paint Shop. (Photo by Andrew Waddington)