We conclude our look at Works vehicles in Blackpool during the 1970s today but this time we’re not looking at a complete tram or any other vehicle but some old Fleetwood Tramroad bogies which were being used to transport some rails when captured at Thornton Gate.

These Milnes plate frame trucks are believed to come from the Blackpool & Fleetwood Tramroad trailer cars 11–13 (which became nos. 136–138 in the Blackpool Corporation fleet with 137 being converted to a works car for a short period during World War II. All were eventually scrapped but evidently some of their bogies were retained and were used for the transport of rails in these below views. They are understood to have remained around until the 1970s when they were finally disposed of for the last time.

In this first view we see a side-on view of the bogies at Thornton Gate with the rail seen across the top. 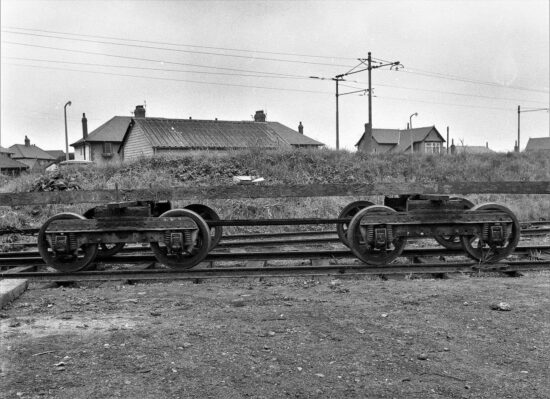 Another look at the bogies this time along the track where we also see Works Car 5 (ex-English Electric Railcoach 221) which is providing propulsion for the old Fleetwood Tramroad bogies. 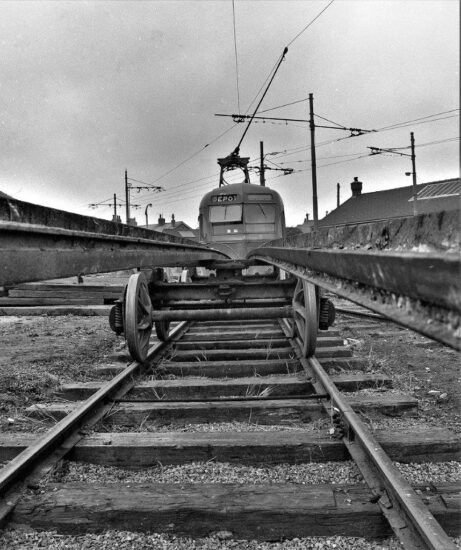