Posted on Friday 19 February 2021 by Gareth Prior

The location for this edition of “Picture in Time” is Beamish again.

Featured in the below image is Blackpool 31, at a time when it was carrying adverts for the Darlington Building Society. During the early part of this century most of the trams at Beamish received adverts in a traditional style from companies who provided sponsorship. 31 is a tram which has featured many, many times on this website so for a brief summary it was restored to service at Beamish over a three year period from 1984 after its time as a Works Car in Blackpool came to an end and has been used regularly in service ever since, even managing trips back to Blackpool on loan.

31 is seen here in the Town on 22nd June 2009 as passengers board the tram (probably slowly!) for a trip around the tramway circuit. 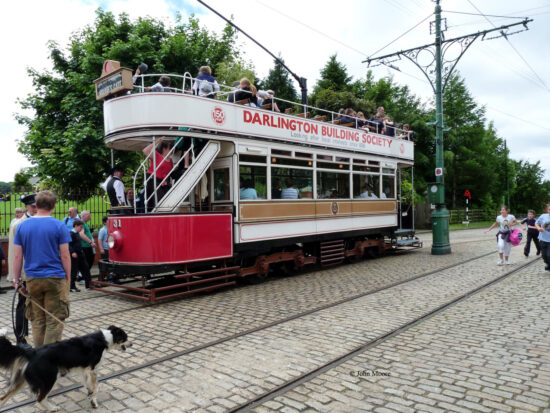