Whatever Happened To? Midland Metro 13

Posted on Tuesday 9 February 2021 by Gareth Prior

Unlucky for some today’s Midland Metro T69 which is featured in “Whatever Happened To?” is no. 13.

13 arrived at Wednesbury Depot on 23rd October 1998 having been built by Ansaldo Transporti in Italy and like its sister T69 would have to wait until mid-1999 for an entry into passenger service with the Midland Metro line between Birmingham and Wolverhampton not opening until 31st May of that year. There would be no livery changes for the tram with it keeping the original livery throughout but it was named Anthony Nolan in 2004. Withdrawal for 13 came in August 2014 when it was the fifth of the trams to be taken out of use permanently.

As with all the T69s it remained stored at Wednesbury Depot until the space was required for the growing Urbos3 fleet. It made its departure for Long Marston on 6th October 2014. 13 was then sold for scrap at e-auction in early 2018 and made the trip to Rotherham that year. 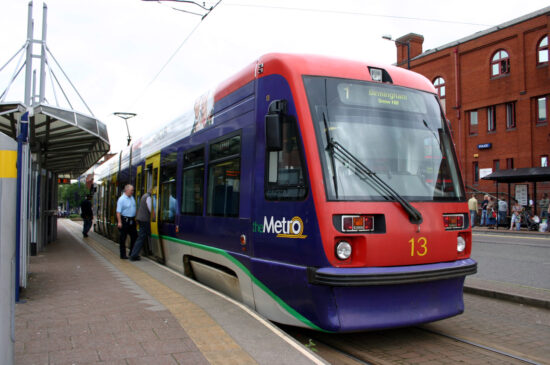 13 is seen here at the old layout of Wolverhampton St George’s as passengers board for a return trip to Birmingham Snow Hill. This is 5th June 2008. (Photograph by Gareth Prior) 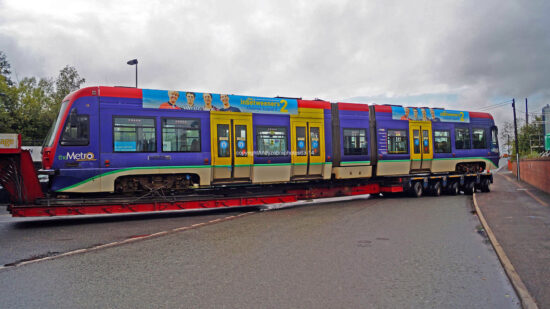 On 6th October 2014 13 said farewell to the Midland Metro for the last time when it was transported to Long Marston. Seen here at the start of its journey. (Photograph by Andy Walters)