Posted on Wednesday 27 January 2021 by Gareth Prior

In this edition of “Still Standing!” we take a visit to Derbyshire for views of the remaining parts of the old Chatsworth Road Depot.

The depot on Chatsworth Road was the home of trams, both horse and electric, for nearly 45 years between 1882 and 1927. The structure was originally just a small building with just the one access track but was rebuilt to allow four tracks and then in 1914 it received a further extension. It was this condition that it remained until the tramway closed in 1927. Throughout the history of Chesterfield’s tramways it remained the sole depot.

Now part of a business park – with the Tramway Tavern pub close-by, a building we’ve featured before on these pages thanks to its sign – some of the old yard and depot building remains and even as a plaque to mark the spot. 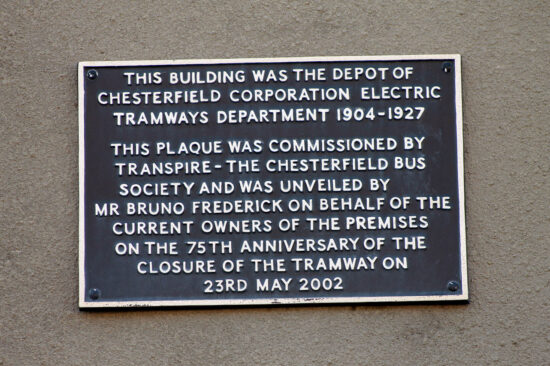 The special plaque which was put up in 2002 to let everyone know about the history of the building. 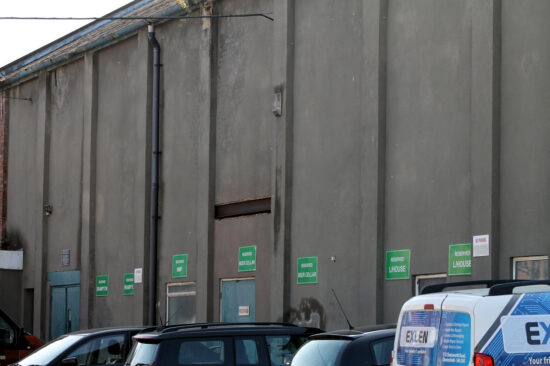 One of the walls of the building. 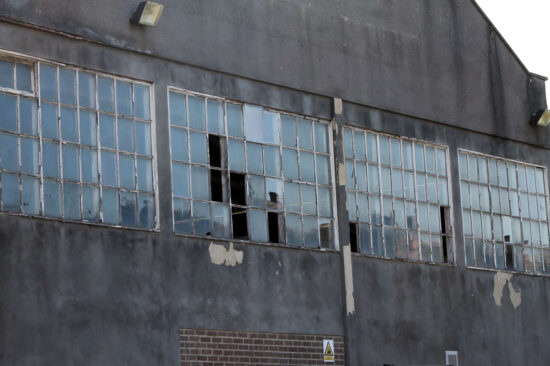 A few broken windows on the side of the building. (All Photographs by Michael Reynolds)