Around the World in Trams: Amsterdam 795

In this latest edition of “Around the World in Trams” we again stop off in Amsterdam for a view of one of the trams in action during March 1988.

This time we see LHB 9G 795 in a blue livery with the tram not in normal service as the destination blind can be translated as “Reserved” – the blind usually used for route number is also blank with the yellow and black hatch instead shown. 795 was introduced into service in November 1979 and is one of the examples of this class which when Amsterdam no longer required them were sold on for further use in Sarajevo (where it received the fleet number 808) but it has now also been withdrawn from service there too. 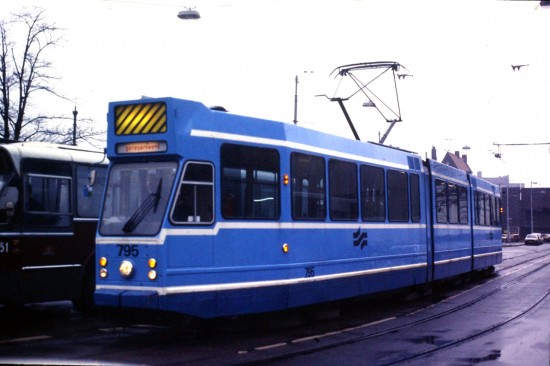