Whatever Happened To? Blackpool Jubilee 762

As we continue our look at those trams which ran during the final weekend of traditional tramway operation in Blackpool we reach the second of the Jubilee Cars – 762.

762’s future was already secured by this time with a move to the Crich Tramway Village set, and as such it would only run on the first day of the weekend – Saturday 5th November 2011. 762 made the most of its last day with it being used throughout the evening on the service between Pleasure Beach and Little Bispham. It returned to depot for the last time shortly before midnight before preparations then started for its move to Crich.

762 was soon moved from Blackpool to Derbyshire but would not carry passengers until 13th September 2014, with a period of testing and commissioning having preceded this date. It has since settled into regular operation at the museum, including its very own “Purple Tram days”. Keeping its Nickelodeon Land advert, it has proven to be popular with children wanting a ride on “Spongebob”, although that doesn’t necessarily extend to some enthusiasts who would rather see it in a more traditional livery. 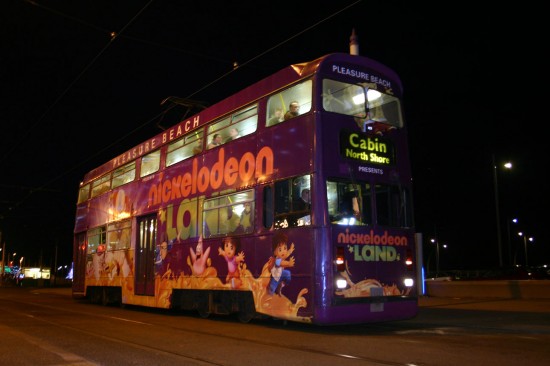 Shortly after 2130 on 5th November 2011, 762 is seen at Pleasure Beach about to embark on a service for Cabin. This was the last night of operation in Blackpool for the tram. 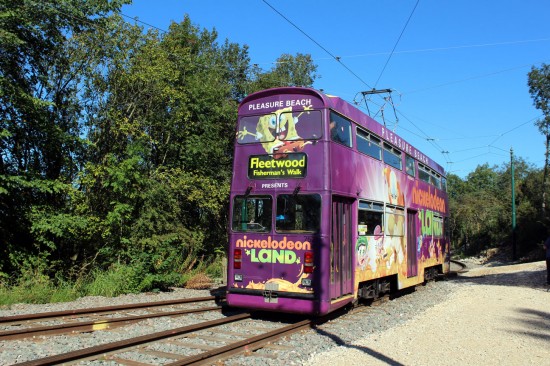 Now operational at Crich, 762 is captured on 21st September 2019 during the Crich 60 event at Glory Mine. (Both Photographs by Gareth Prior)

3 Responses to Whatever Happened To? Blackpool Jubilee 762