As a commemoration in 2012 of the 50th anniversary of the closure of Glasgow Corporation Tramways members of the Glasgow Vintage Vehicle Trust bought a selection of their vehicles to Summerlee enabling some stunning line-ups of trams alongside these buses and other ancillary vehicles.

In this first image we see resident trams Glasgow 1017 and Lanarkshire 53 flanking the other vehicles on the curve outside the tram depot. On the right next to Lanarkshire 53 is Leyland Titan PD2/10 registration number GM 6384 which was introduced into service in October 1954 and would remain in service until December 1980 before joining the Trust in 2004. Next in the line-up is a Glasgow tow-truck which started off life in 1938 as an AEC Regent 0661 and would continue to be a passenger vehicle until 1961 when it was converted to a tow truck. It was fully preserved from 2006. The line-up is completed by open top Glasgow Corporation Leyland Titan PD2/24 (registration number FYS 8) which dates from 1959 and entered preservation (for the third time!) in 2006. 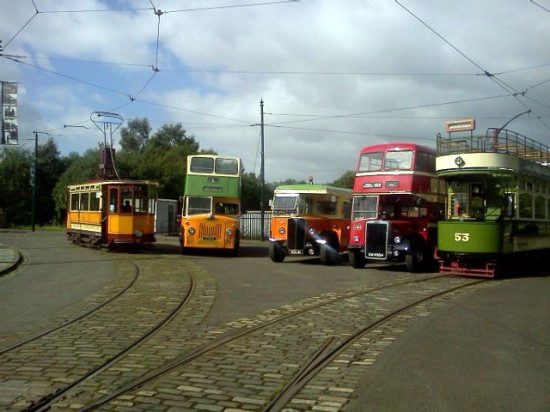 A second photo from the same day and inside the tram depot where Glasgow 1245 – before a start was made on its restoration – is seen with the Glasgow tow truck alongside. 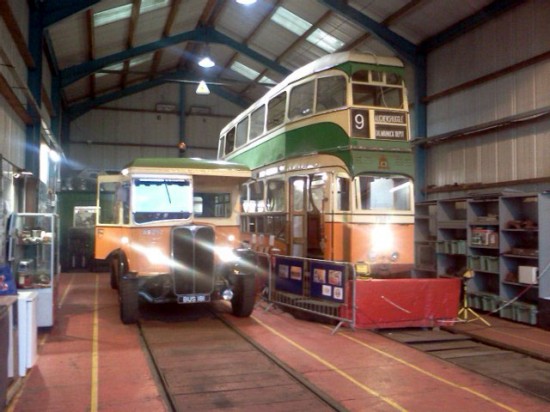 * A video of the day’s events can be also be seen on You Tube.