In Pictures: Triple Balloons tour for the FTS

The annual Christmas Fylde Tramway Society tour took place on Saturday 28th December 2019 with three Balloon Cars hired at times during the day: 715, 717 and 718. Sadly the hoped for 707 is still unable to run in service with continued problems with its batteries precluding it from returning but the three Balloons selected proved to be popular with those who attended the tour. David Maxwell was one who provides us with the following photos.

The FTS tour started off with the ever popular 715 along with 718 (a B fleet Balloon which has very much become a part of the heritage fleet over the past few years including a repaint into green and cream) before the afternoon saw 717 replace 715. 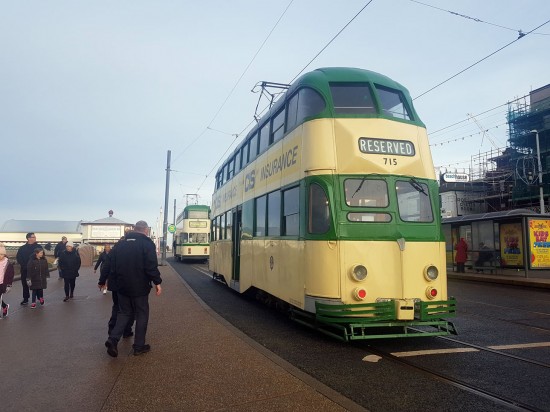 715 and 718 get ready for the off from Tower and North Pier heritage stop catching some passing glances from a family out for a Christmas holiday walk. 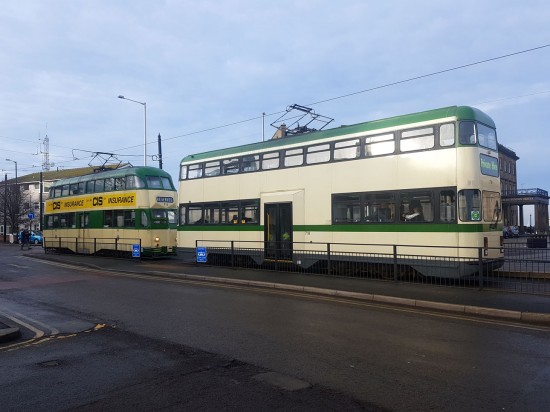 Having made their way to Fleetwood the pair are seen here on Bold Street. 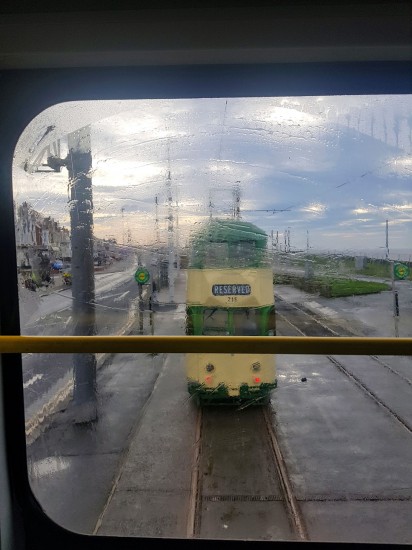 715 heads south at Bispham as seen through the front window of 718. 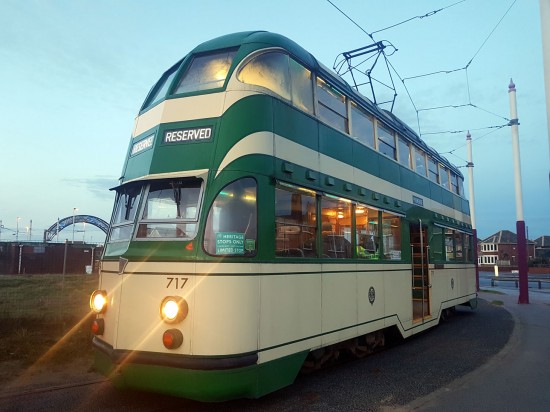 Out for the afternoon was Balloon 717 which replaced 715 and is seen here waiting on the curve leading to the depot at Starr Gate. 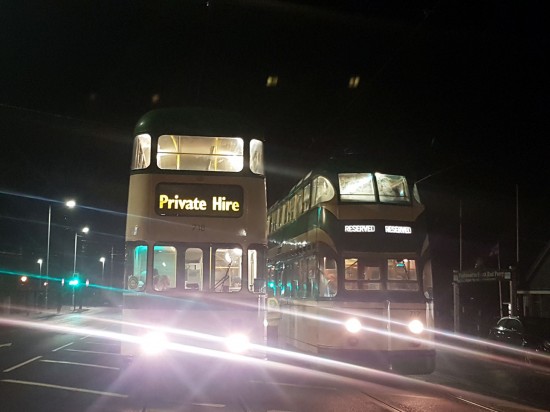 718 and 717 on Fleetwood Esplanade side-by-side after darkness has fallen. 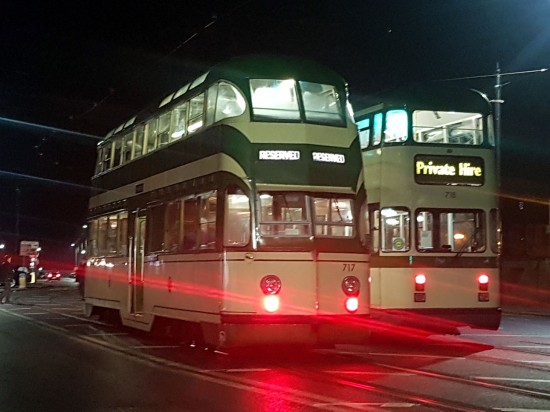 One final look at 717 and 718 as they wait at Fleetwood to return to Blackpool. (All Photographs by David Maxwell, 28th December 2019)