Its 2007 again for this last Blackpool Picture in Time of 2019! This time around we feature a much missed tram from the operational fleet, known better by most by her name of Princess Alice.

Blackpool Open Top Balloon 706 was very much the go-to tram in fine weather for Prom specials at this time with its open top deck very popular with tourists for a quick trip. And that is exactly what the tram seems to be doing in the below photos taken on a sunny day in the summer of 2007. At this time the tram had returned to an approximation of the original fleet livery carried back in 1934 with its Princess Alice name (originally applied in 1985 shortly after its restoration to open top condition) restored to a wooden board instead of the painted on version seen previously. The tram had also received original style destination blinds at one end in 2004 for the 70th anniversary of the streamlined trams and one of these remained in situ when these images were taken. Today Alice is waiting its turn to go through the workshops for a full restoration to operational condition having been withdrawn from service after running for the best part of 30 years since its last major attention.

This first view shows 706 at North Pier on the centre track under the old layout. 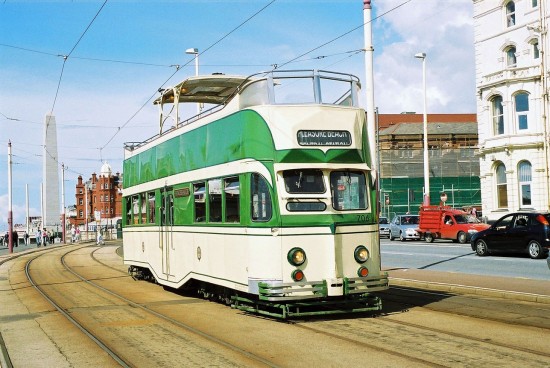 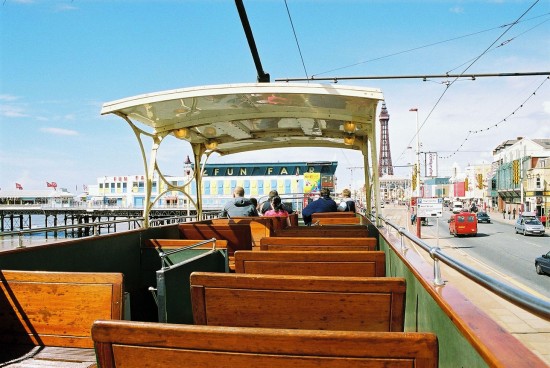 The old Pleasure Beach loop is our final location as 706 waits out time before its next special. 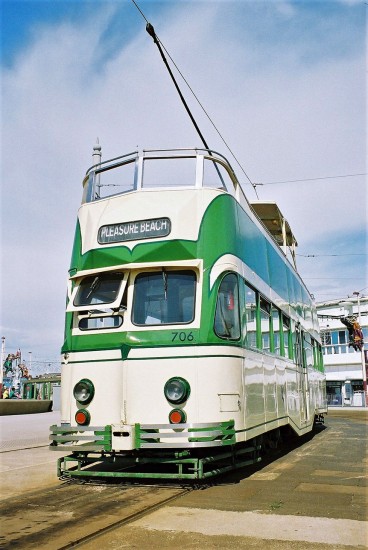