For the first time in over 25 years the Volk’s Electric Railway operated a public three car service on Sunday 3rd November, a day which also marked the last day of the regular operating season for the year (although there will be Santa Special trips in the lead up to Christmas). Before the day it was announced that 3rd November would see the very first three car service for a long time and that 7+8, 9 and 10 would all run, subject to availability, but in the event 4 replaced 7+8. To enable a three car service – instead of the usual two car – trains used single line tokens for each section they operated in and saw the rare use of the passing loops along the line instead of the more usual passing at Halfway Station. Tony Sullivan provides us with the following photographic action from the day. 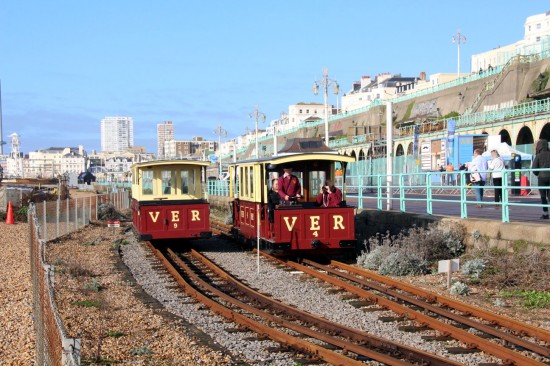 Taken at the passing loop between Aquarium and Peter Pan's Playground/Halfway this view shows no 4 working to Black Rock/Marina and 9 to Aquarium. 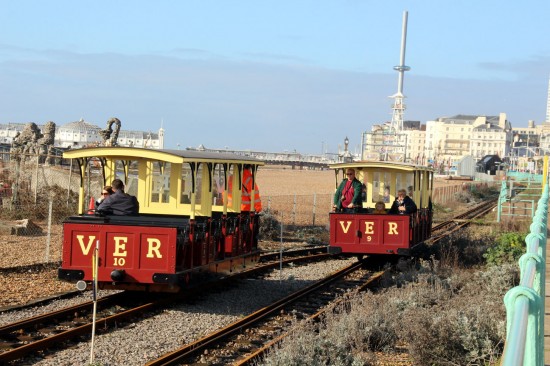 No 9 working to Black Rock/Marina with the yellow token about to be taken from the token post and car no 10 working to Aquarium. 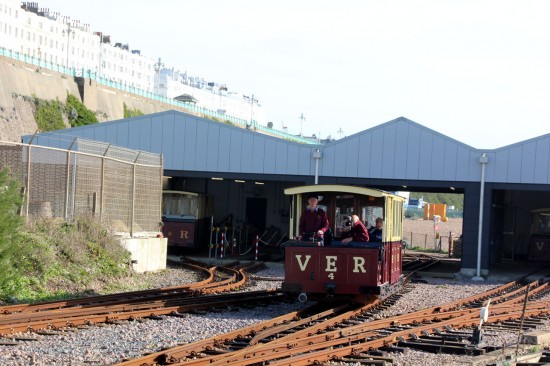 Car no 9 having just run through the car sheds with a service bound for Aquarium. Car no 8 is just visible in the car shed. 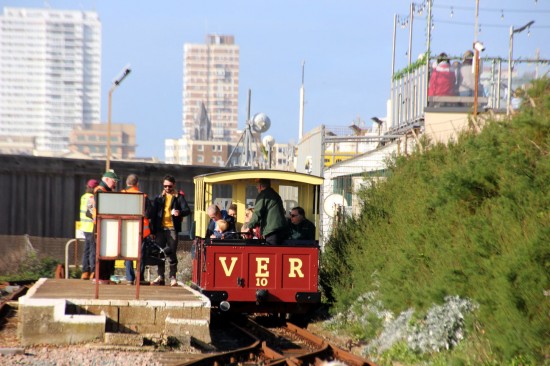 Taken through the car sheds show car 10 making the stop at Peter Pan's Playground/Halfway with a service from Aquarium to Black Rock/Marina. 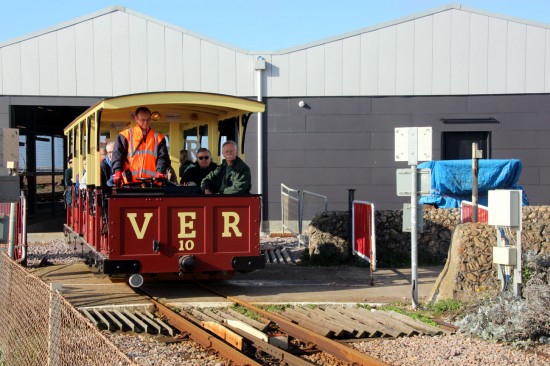 Car no 10 leaving the car sheds with a service from Aquarium to Black Rock/Marina. 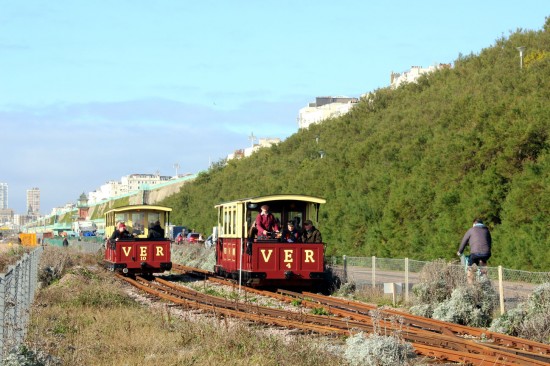 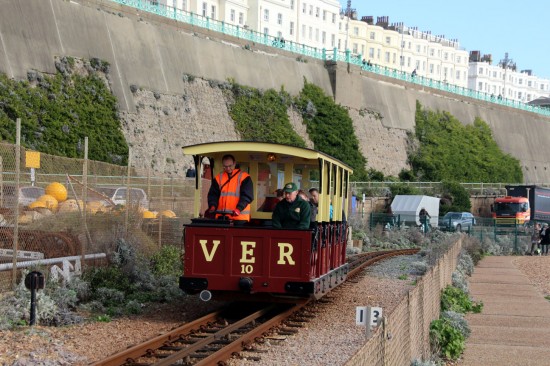 Car no 10 nears the car sheds at Peter Pan's Playground with a service from Black Rock/Marina to Aquarium. This is the spot where the line was originally raised on a girder bridge over the beach below which over many years has become buried in shingle. If you know what you are looking at the girders can still be seen! 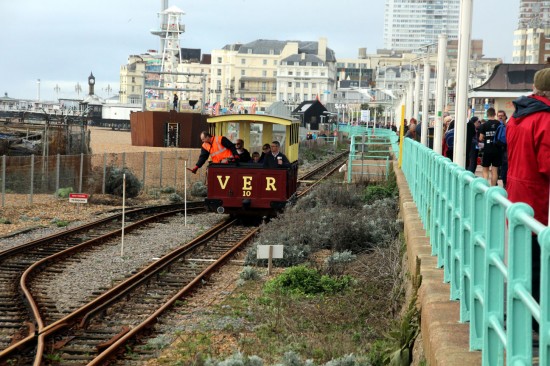 This final shot shows car no 10 entering the loop between Aquarium and Peter Pan's Playground with the driver putting the red token on the post ready for the next car to pick up the token in order to proceed to Aquarium. (All Photographs by Tony Sullivan, 3rd November 2019)