Around the World in Trams: Prague 9218

Posted on Sunday 8 September 2019 by Gareth Prior

Our time in Prague is nearly at an end but not before we can take a look at one further tram running in the Czech capital.

Possibly not the most attractive tram type ever built in the below image we see one of 250 Skoda 15T For City built between 2009 and 2017 as the system sought to modernise the tram fleet meaning that many of the historic Tatra T3s could be taken out of service. In this view we see 9218 running on route 18 at Malonstranska on 15th May 2012. 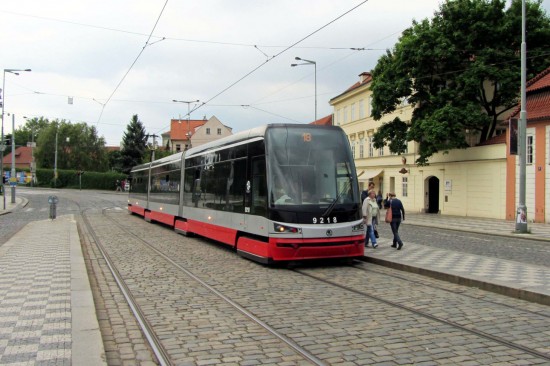