Posted on Saturday 29 June 2019 by Gareth Prior

This week’s modern tram image in Picture in Time is again from Dublin’s Luas system as we take a look at the storage sidings at Red Cow Depot.

Red Cow Depot was built for the opening of Luas in 2004 and is the home of the trams which operate on the Red Line between The Point/Connolly and Saggart/Tallaght. At the time of this photo on 14th July 2007 a number of the Alstom Citadis 301 trams were at rest in the storage sidings including 3013 closest to the camera. As can be seen 3013 remained in its original three section configuration at this time. 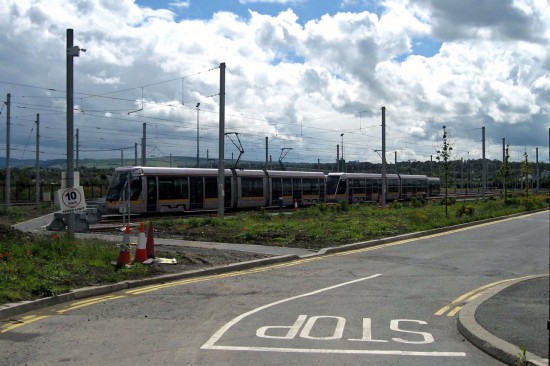