Whilst the majority of trackwork is now in place on the West Midlands Metro extension to Wolverhampton Railway Station there remains ongoing work in preparation for this line to be completed. The extension won’t be opening until 2020 as the redevelopment of the railway station has delayed the laying of the track through to the new terminus at this location but with the work at the station now underway at least there is an end in sight. Martin Miller paid a recent visit to the extension. 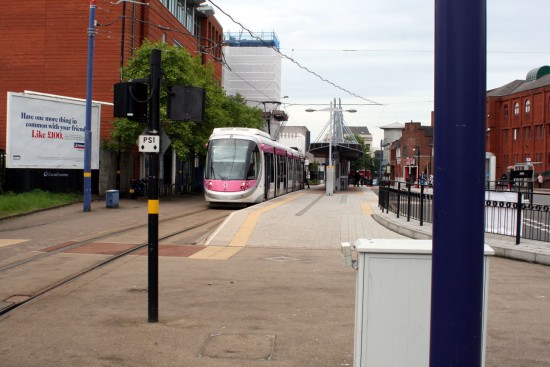 Starting off at the current Wolverhampton St George’s terminus – which will remain active once the extension opens but with less trams serving it than now – where battery fitted Urbos3 28 waits for departure. 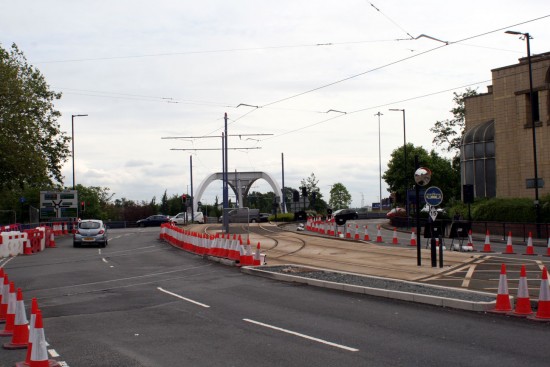 The junction between the current and new lines just short of St George’s. With the extension not being fitted with overhead it will be interesting to see where the trams change from overhead to battery operation. 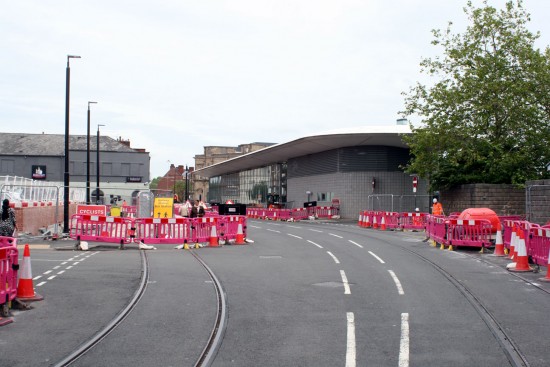 Track in place on the approach to the bus station but lots and lots of barriers and cones are also still in place. 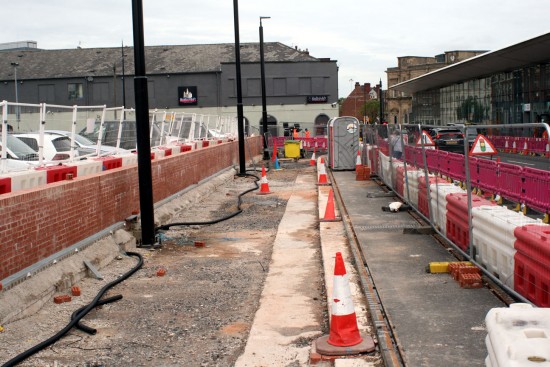 The track is down but work is still underway here alongside the new rails. 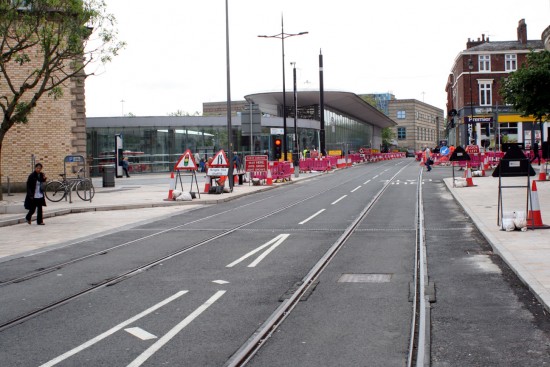 The one intermediate stop on the extension will be at the bus station. 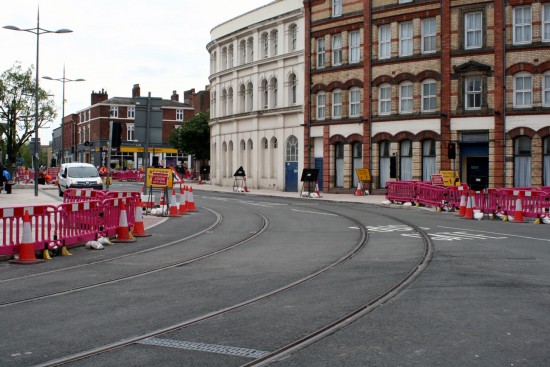 The line curves away from the bus station here as it approaches the railway station. 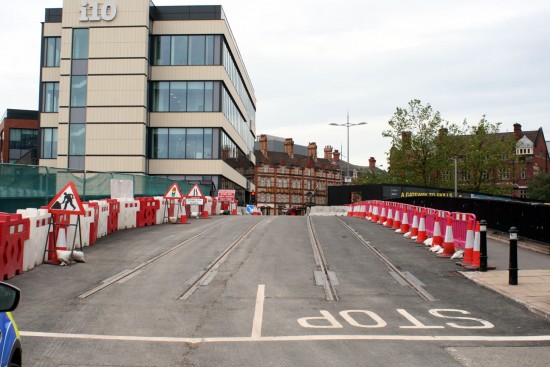 This is as far as the tracks currently go until such a time as the work at the railway station is completed. (All Photographs by Martin Miller, 19th June 2019)