In Pictures: Edinburgh Trams get 5G – on an advert anyway

With Manchester Metrolink being the tramway of Vodafone (four trams in full vinyl wraps) it would appear that Edinburgh Trams is the tramway of EE with a new advert for that company’s 5G network now adorning 267. However, whilst Vodafone advertise on Metrolink because they provide the on-tram Wi-Fi this is just a pure advertising contract.

267 follows the standard pattern of adverts in Edinburgh with the third and fifth sections of the trams having full height vinyls and then the remainder of the tram having just above window ads. The colours of the advert are the standard EE colours of turquoise and yellow.

This advert replaces another C R Smith advert (the from Largs to Dundee version) leaving just the 13 trams advertising this company who started the ball rolling with commercial advertising on the trams. 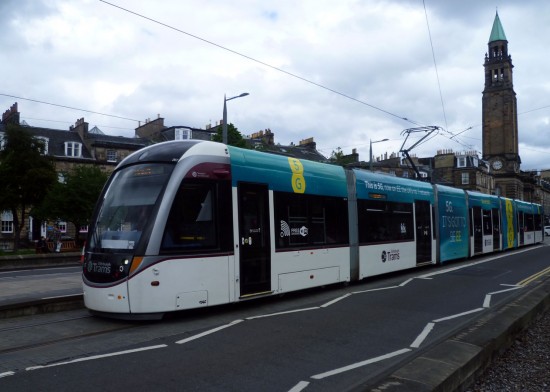 267 at West End Princes Street with the full advert seen to good effect. 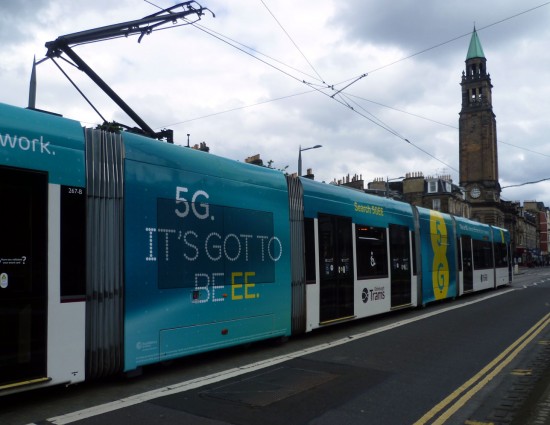 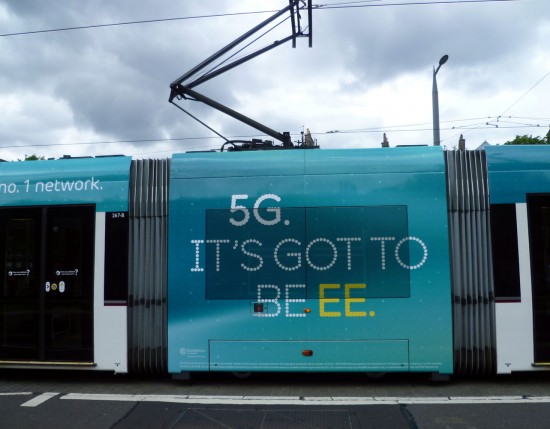 In this shot we see one of the full height adverts on 267. 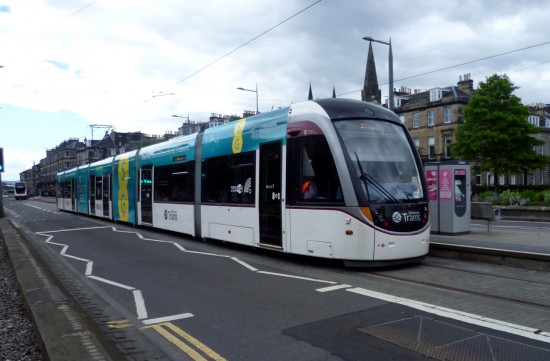 One more shot of 267 at West End Princes Street as it works a service to the Airport. (All Photographs by Roy Calderwood, 15th June 2019)