Today we take a look at the very first Manchester Metrolink T68 to be withdrawn and scrapped – 1011.

1011 ended up being used as part of a course for the Red Bull bike race which took place in the city centre in 2012 but before then it had entered service on day one (6th April 1992) and was then withdrawn on 18th April 2012 – the very first of the class to be taken out of service. The below images were taken on 27th April 1992 which was the first day of cross-city services between Victoria and G-Mex.

In image number one we see the tram heading towards the camera along Mosley Street with a working to G-Mex. Piccadilly Gardens can be seen in the background. 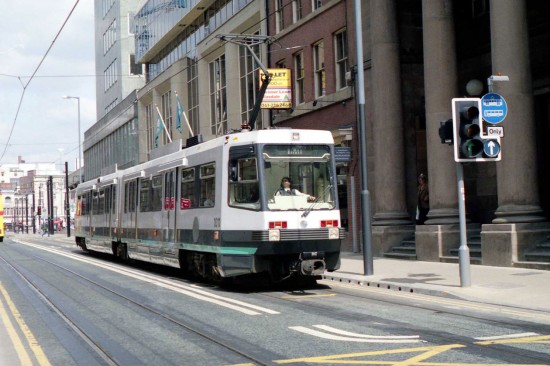 And then in the second photo we turn around and take a look at the rear of 1011 as it continues its way towards St Peter’s Square. 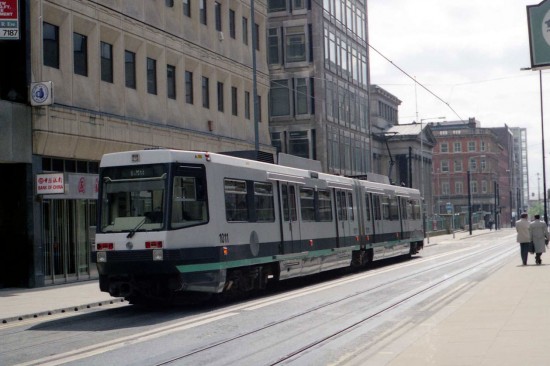