This week we are on the very first day of passenger services on Manchester Metrolink – 6th April 1992. T68 1005 features in the image.

After much anticipation 6th April 1992 finally saw the start of a new era in light rail for the UK with services on Manchester Metrolink getting underway. Initially services were only able to run between Bury and Victoria – further sections would follow later in the year – and it is at the latter location that we see 1005. It has just terminated with a service from Bury and passengers wait on the platform ready to board to see what all the fuss has been about.

Obviously this was the first day that 1005 would run in service and it remained in action until it became the fourth of the trams to be withdrawn from service on 22nd June 2012. It is another vehicle which has since been scrapped. 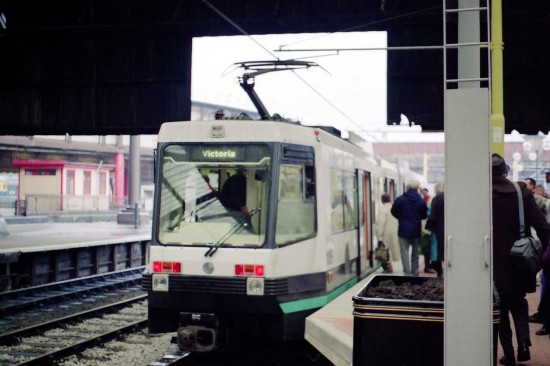