Posted on Sunday 28 October 2018 by Gareth Prior

Sunday 21st October is a date which will go down in the history of the Douglas Bay Horse Tramway as one of those key dates as it was the very last chance that the service would run on double track throughout its entire length between Derby Castle and the Sea Terminal before Promenade reconstruction works started. To mark the occasion a special day of events took place including several runs of double decker 18, the return to service of enclosed saloon 27 after overhaul and an eight tram Cavalcade.

As we have reported extensively over the past few years the future of the Douglas Bay Horse Tramway has been in jeopardy with at one stage it appearing that the whole line would be abandoned once Douglas Borough Council decided not to continue operating it in light of mounting costs. Although the Isle of Man Government, under the guise of the nationalised Isle of Man Railways, soon took on the operation that wasn’t the end of it as there was a continued debate on just what form the tramway would take with complaints from motorists that the double track in the centre of the road along the Promenade was causing congestion. After a debate which seemed to go on forever – including the suggestion the line would only run from Derby Castle to Broadway with the section to the Sea Terminal completely closed – it was finally decided that the current formation from Derby Castle to Broadway will be retained with a single track then provided from there to the Sea Terminal, with passing loops.

With contracts finally signed and all funding in place the 2018 season has been the last year of the traditional track formation and to mark this historic occasion a day of celebration to look ahead to the new era (although in effect it was looking back to the past) was held on Sunday 21st October. This was to the very last day that trams would be able to run on the double track all the way along Douglas’ Promenades and the highlight of the day was an eight tram Cavalcade (going one better than the MER 125 week Cavalcade) running from Derby Castle to the Sea Terminal and back. This saw Kewin and 1, Douglas and 12, Andrew and 18, William and 27, Philip and 36, Nelson and 42, Rocky and 44, Torrin and 45 all in operation.

This was also the first day back in use for saloon 27 which had only returned to Strathallan Depot a couple of days previously following the completion of its high quality rebuild at Derby Castle MER sheds (with the initial bodywork taking place at an Isle of Man joinery firm). In a non-standard livery – very similar to that carried by MER trailer 59 – of Blue, Ivory and Teak the tram looks set to turn heads when the tramway returns to service in 2019. And as is always the case during special events double decker 18 was in service at various points in the day – including with two horses – and it also ran the very last service on the old formation with Kewin doing the honours.

It is currently planned that the Douglas Bay Horse Tramway will resume service on 25th April 2019 although this may be subject to change dependent on the Promenade reconstruction works which have now started. It also isn’t known how far the trams will run but it is expected to only be running from Derby Castle to Broadway. Whenever and wherever the tramway does run in 2019 it will be a different tramway to that which was enjoyed for the last time on 21st October with the new era definitely on the verge of starting for the Douglas Bay Horse Tramway. 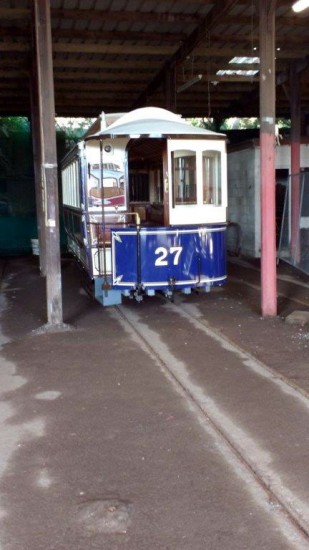 27 seen inside Strathallan Depot before it was pressed into service. The freshly applied coat of paint is seen here. 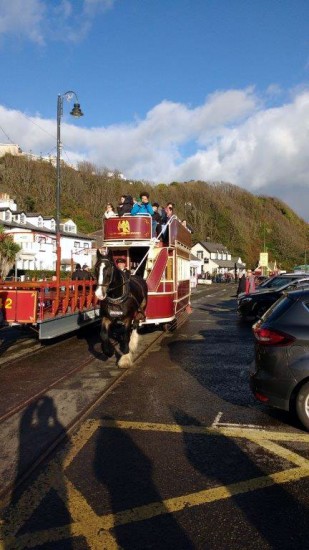 Andrew sets off with 18 for the Cavalcade from Derby Castle. 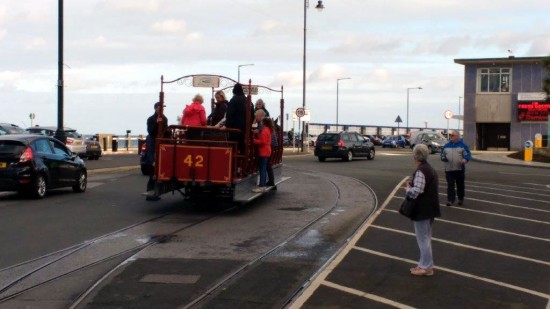 42 at the Sea Terminal having arrived with the Cavalcade. The next time trams reach this far along the Prom the track layout will be very different. 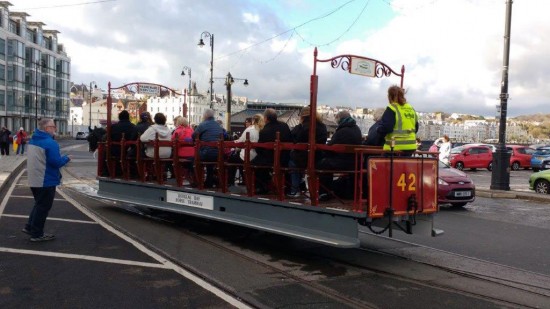 Nelson moves off from the Sea Terminal with 42. 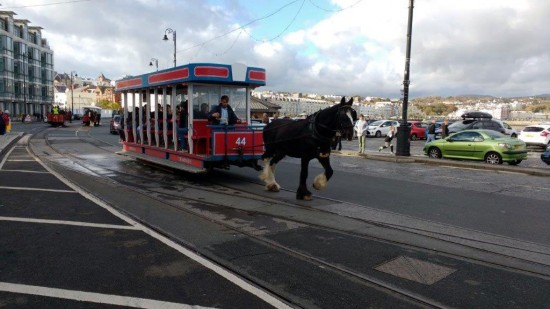 Rocky brings 44 into the Sea Terminal. 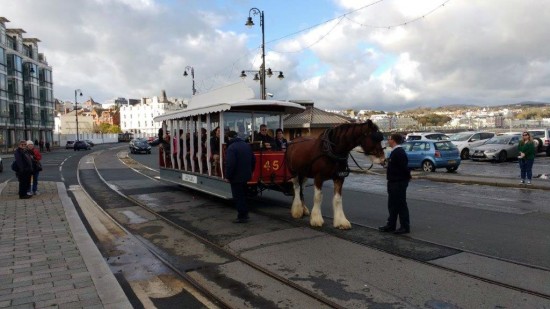 The eighth tram of the Cavalcade was 45 which is seen here posing at the Sea Terminal with Torrin. 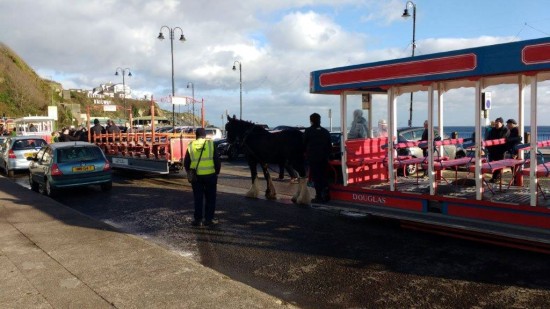 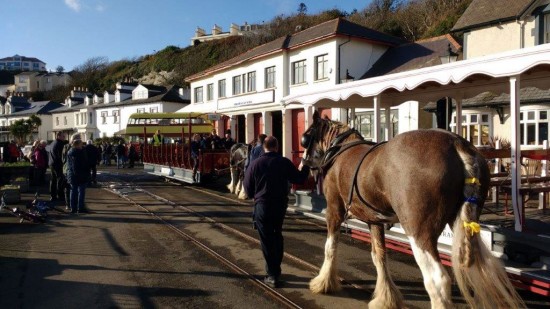 The aftermath of the Cavalcade at Derby Castle with 36 and 42. (All Photographs by Geoff Pickles)