Birkenhead 20 debuts in Blackpool – with more outings to follow!

At long last, and following workshop attention including the fitting of a new set of tyres to its wheels, Birkenhead 20 carried passengers at Blackpool for the first time on Thursday 18th October. This outing was a tour for its owning group, the Merseyside Tramway Preservation Society, was deemed successful enough for the car to be approved for use on a strictly limited number of days before its expected departure next month.

On 18th October, 20 operated a tour between Pleasure Beach and Bispham for the MTPS – this being as far as the tram is allowed to travel due to various concerns expressed about its performance, particularly relating its offset trolley mast and four-wheel truck. The car initially ran from Rigby Road depot to Bispham, then to Pleasure Beach, Foxhall and back to Pleasure Beach before returning to the depot. After a break of about one hour, it then re-emerged for a trip through the illuminations, running first to Bispham, then reversing and heading south to Pleasure Beach and then back to depot again. The trolley had to be guided with a bamboo pole by its guard on numerous occasions, and the trolley wheel produced some rather impressive sparks, but overall this outing was seen as a success and allowed 20 to be permitted to run some further tours in Blackpool.

It has now been announced that 20 will run again on Saturday 27th & Sunday 28th October, and Saturday 3rd November. On all three dates it will operate three round trips between Pleasure Beach and Bispham, departing from the Pleasure Beach loop at 1100, 1300 and 1500. Due to the rarity of these runs, heritage day tickets will not be accepted on any of these runs, with a return fare of £5.50 for adults or £3 for children being charged.

As reported previously, British Trams Online sponsored the loan of Birkenhead 20 to Blackpool and a free tour with the tram has been promised to us as part of this arrangement. We are currently trying to negotiate a suitable date for all parties and hopefully we will be able to announce something positive in this regard very soon – watch this space! 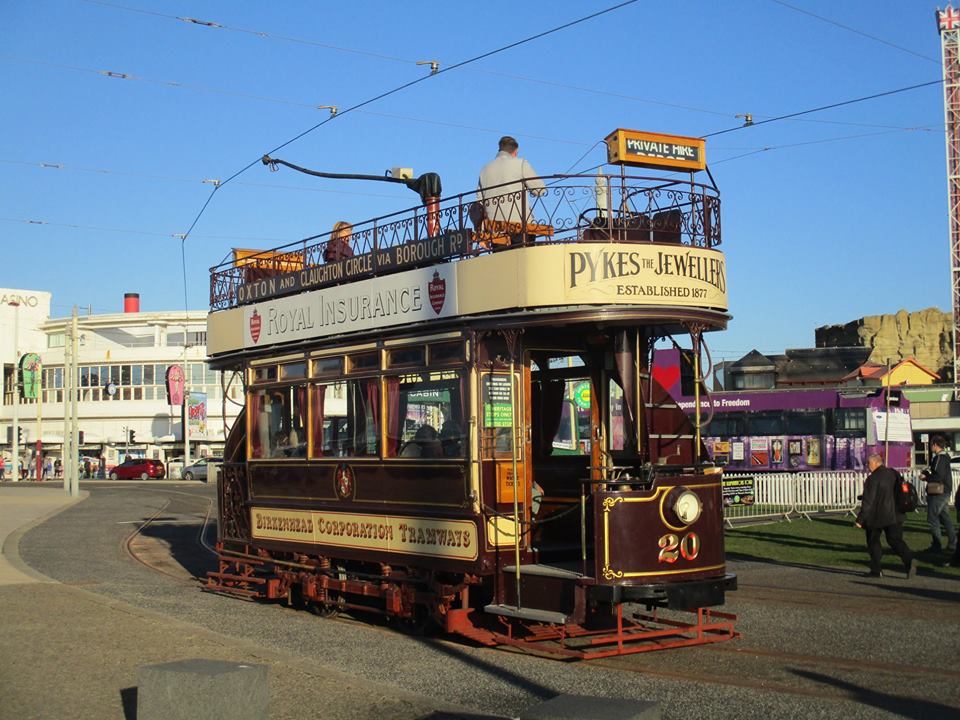 Birkenhead 20 poses at Pleasure Beach in the glorious autumn sunshine on 18th October during its first tour of the Blackpool tramway for MTPS members and guests. 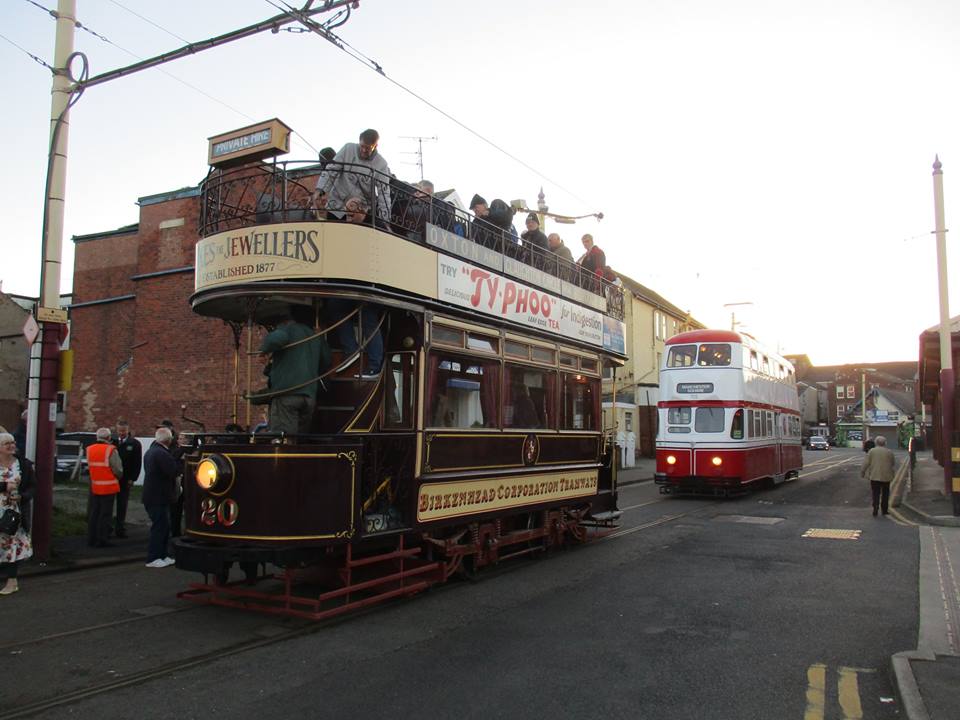 Later the same day, 20 is seen unloading its passengers on Hopton Road, whilst Balloon 701 waits behind at the end of a day's work on the promenade heritage service. (Photos by Rob Bray)

2 Responses to Birkenhead 20 debuts in Blackpool – with more outings to follow!