Posted on Saturday 14 July 2018 by Gareth Prior

Today we take a trip to North Wales for a couple of different than usual images from the Great Orme Tramway.

Both of these photos were taken on 29th July 1996, which judging by the photos was anything but a perfect summer’s day! Taken from on board two of the trams they show the view seen for the past 115 years, ever since the upper section of the tramway opened to the public (of course the lower section had opened the year previous – 1902).

This first photo shows the view shortly after having departed from Halfway on the way to Summit Station – which can be seen through the gloom in the distance. Not even any sheep seemed to fancy the great outdoors at this time! 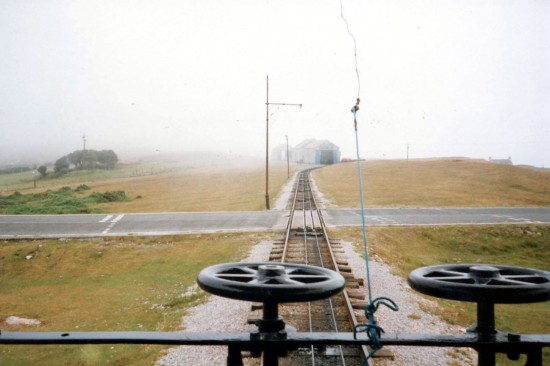 And then in this second image we are on board either 6 or 7 with a small selection of passengers still deciding that they wanted to go to the top of the Great Orme – despite the weather! 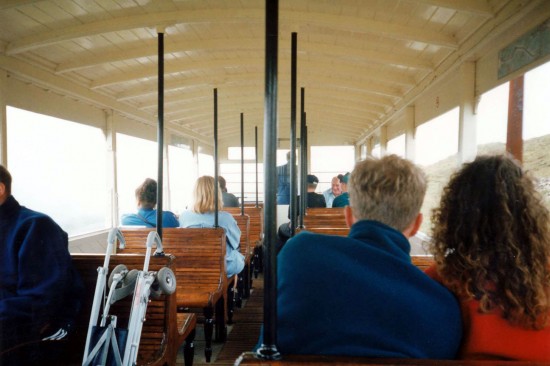