A familiar sight for some time at Crich has been Blackpool Pantograph 167 which is still part of the operational fleet today. But in today’s Picture in Time shot we see it running back in 1989.

167 became part of the national collection in 1962 when it was transported to Crich after becoming surplus to requirements in Blackpool but it was to be over 20 years before restoration was forthcoming. This didn’t take place at Crich though with the work being undertaken in Bolton in time for use at the Blackpool Tramway Centenary in 1985. Since then it has been a regular performer at Crich with the odd spell of workshop attention and has also clocked up lots of road miles with spells of operation at the Gateshead Garden Festival, Blackpool and Beamish. 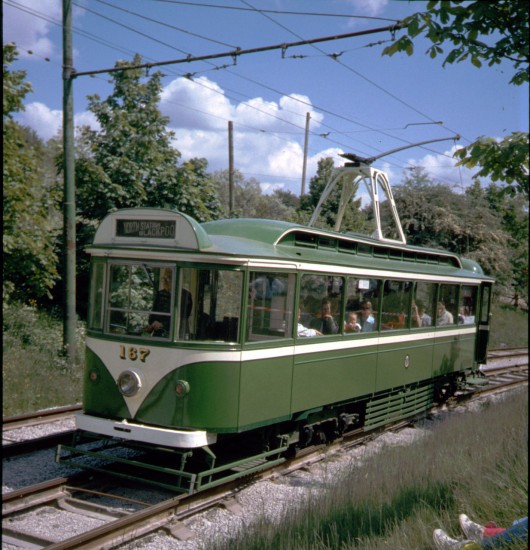