Blackpool Coronation 304 back in service – in snow!

The much-hyped debut in passenger service of the Lancastrian Transport Trust’s preserved Blackpool Coronation 304 at Beamish Museum finally took place on Saturday 27th October. This duly made 304 the very first of its class ever to carry passengers away from the Fylde coast, and also the first Coronation car to run in nearly two years.

An unexpected snowfall the previous night created a light dusting of white over the North East ahead of 304‘s public debut, creating some very unusual scenes on the Beamish tramway. However, the snow soon melted allowing the tram to be enjoyed in more favourable weather conditions. The car ran superbly all day alongside another LTT-owned tram, Balloon car 703 (alias Sunderland 101), plus Leeds 6 and Grimsby & Immingham 26, giving trams owned by three different organisations in service in one day! Of course, it was the Coronation car that undoubtedly stole the show and many positive comments were heard about it, including some from visitors who recalled its appearances on the ‘Salvage Squad’ TV series some years ago.

304‘s succesful operation at Beamish makes it the tenth tram to run in service at the museum during 2012, a very impressive number which reflects how far the tramway activities at this progressive museum have come on in recent years. 304 is due to be in service again on Sunday 28th October and then on the following two weekends – i.e. 3rd, 4th, 10th & 11th November – before it returns to storage in the Blackpool area. All of this is of course, subject to availability.

Our thanks go to Alan Kirkman for the information and photographs in this report. 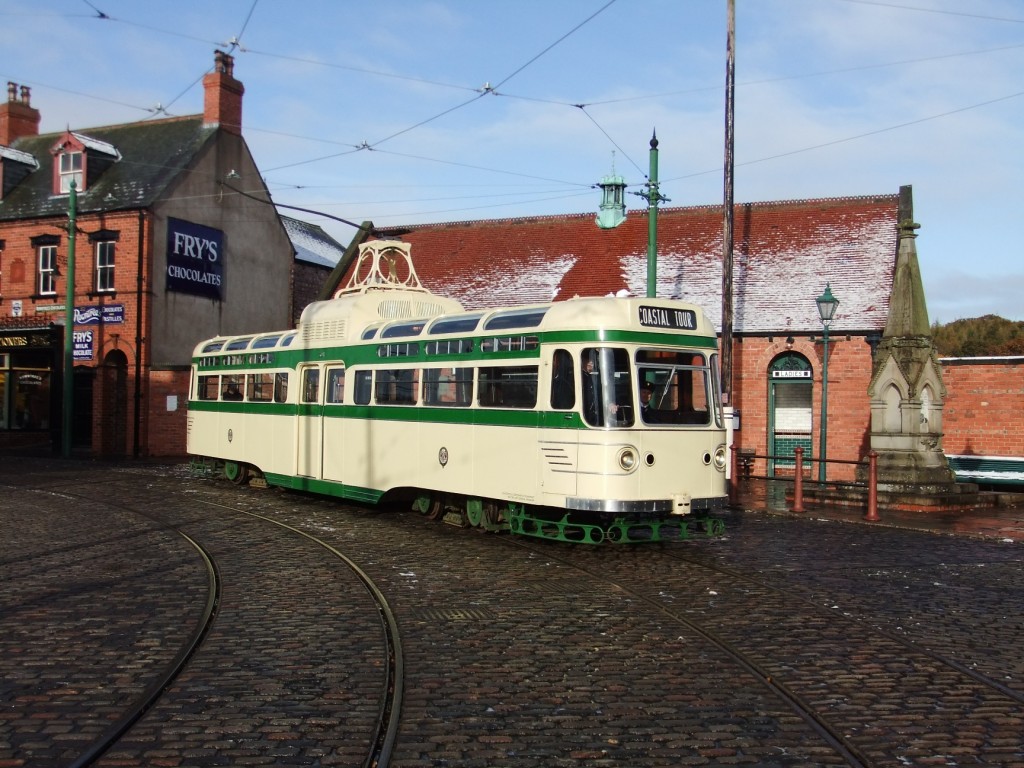 Not your average morning at Beamish, with snow on the buildings and the magnificent sight of Blackpool Coronation car 304 in the Town! 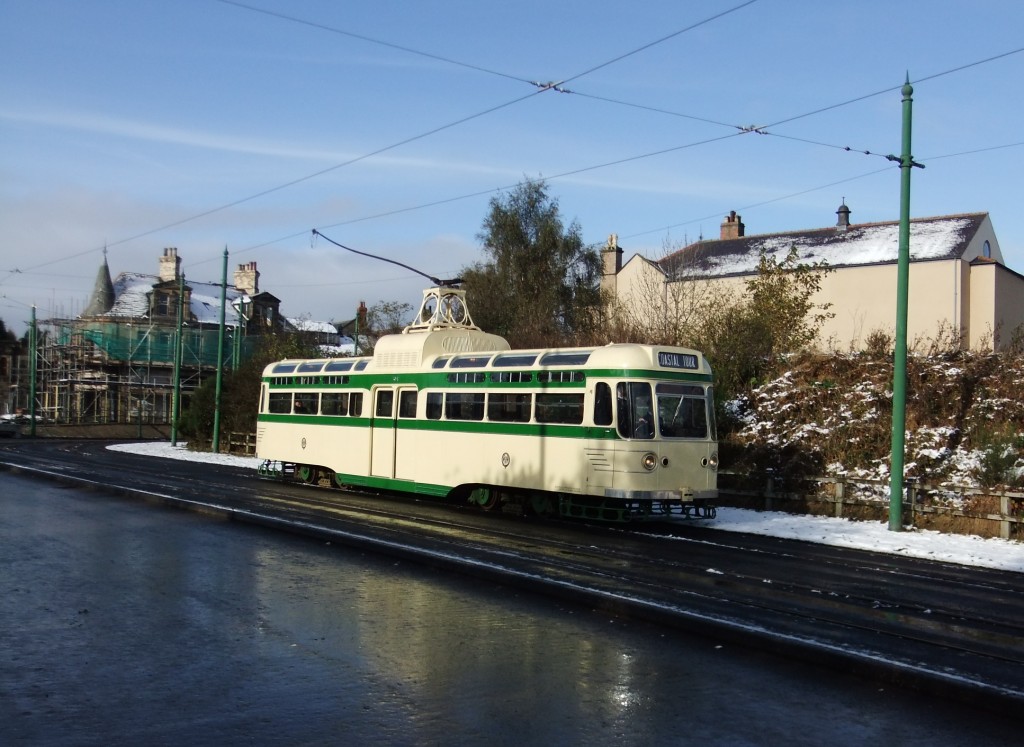 304 makes a brisk exit from Beamish Town on one of its first trips in public service away from Blackpool. 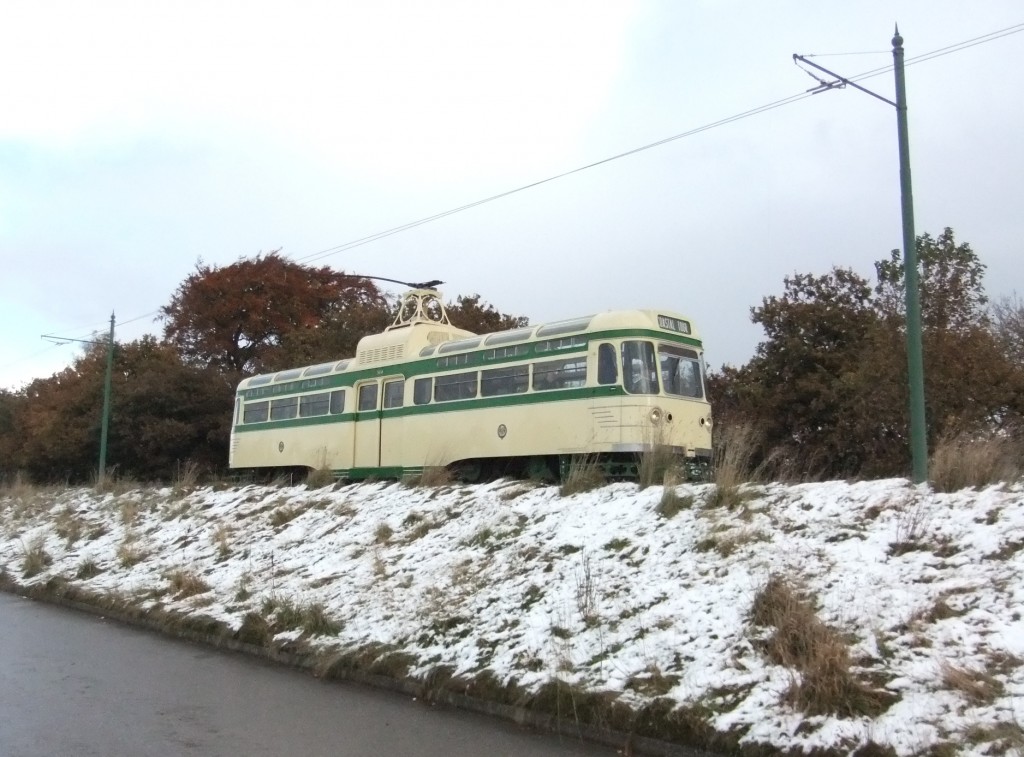 A stunning view of Blackpool 304 as the tram approaches Pockerley. (All photos by Alan Kirkman)