Posted on Saturday 13 October 2012 by Gareth Prior

We head back across the pond for the latest instalment of our “Lost Trams” series as we take a look at Leeds Feltham 526 which has been in the United States for over 50 years since it was exported in 1960 after withdrawal from its second tram system in the UK. Jamie Guest from the Leeds Transport Historical Society provides us with a look at the tram.

Recently four members of the Leeds Transport Historical Society undertook a research trip to the USA to gather information about Stephenson cars with a view to possibly building a  replica of a ‘Roundhay Electric’ when Horsecar 107 is completed. One of the places that they visited was the Seashore Trolley Museum at Kennebunkport Maine. As well as making the party very welcome and letting them measure up various castings and parts of 1891 Bemis trucks the party were allowed to see Leeds 526 a Feltham that was exported in 1960.It had been offered to Seashore and had taken part in the last Tram procession in November 1959.The former London Transport 2085 is one of four British Trams at Seashore and is in a poor state. As can be seen from the photos the panelling is in a poor way and the interior is also in a very poor state though most interior fittings appear to be present. It had run at Seashore but due to problems with the wheel profile it has not been used for many years. It is certainly in need of a complete re wire and most of the panelling will need replacing. It is however in secure covered storage and Seashore have a good record of making high quality restorations of cars that they own. I talked to one of the society members who told me that he receives several enquiries per year about the future of 526. The usual answer appears to be that if anyone were to approach them with a properly funded and worked up proposal for the transport, restoration and future upkeep of 526/2085 they would be very happy for it to leave but in the meantime it is probably best kept where it is.

The opinion of the LTHS team is that the cost of restoring 526 to passenger carrying condition and repatriating it would be in excess of £700,000.

On a more positive note the chief engineer at Seashore, Randy Leclair is currently engaged on a project to try and return Blackpool Standard 144 to service. After a lot of design work he has had the current wheelsets reprofiled and it is hoped that it will be able to run successfully on their tracks. This saves the considerable cost of retyring the Blackpool trucks. If this is successful it will possibly give hope for their other British trams  (Liverpool 293 and Glasgow 1274 are also in the collection at Seashore). 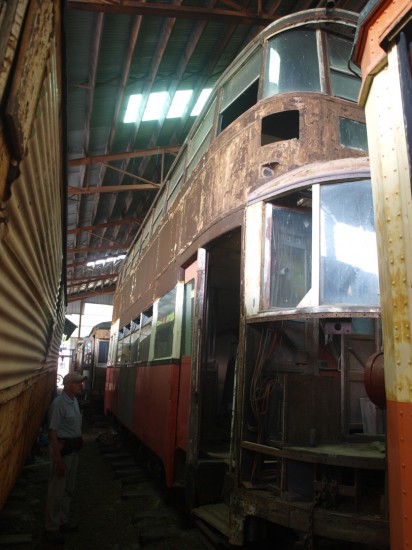 Our first view shows one side of Leeds 526 in the shed at the Seashore Trolley Museum. (Photo: Jamie Guest) 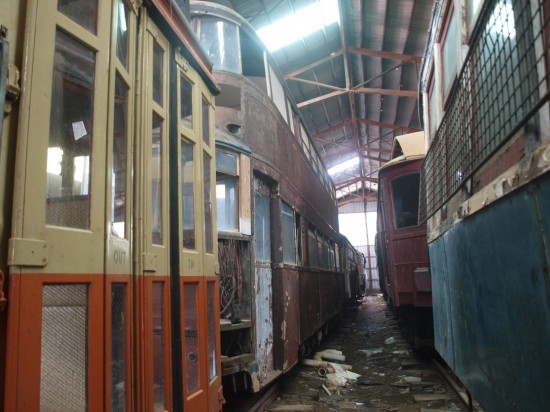 This is the other side of 526 showing the damage on the dash. (Photo: Jamie Guest) 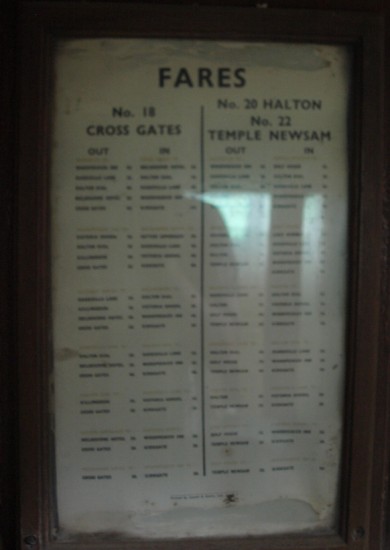 Even though the tram is in poor condition the fare table for the Cross Gates and Temple Newsam route is still in good condition if very hard to photograph. (Photo: Jamie Guest) 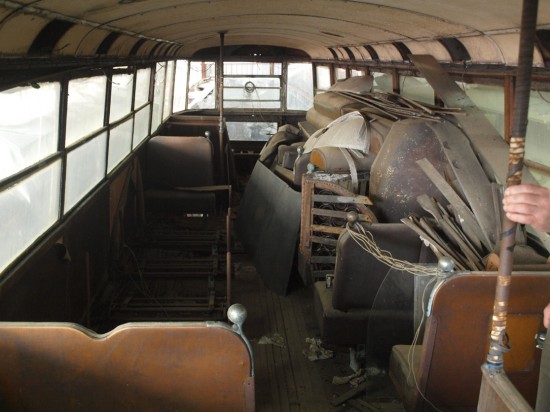 The upper deck of the tram used as a store place for various fittings. (Photo: Jamie Guest) 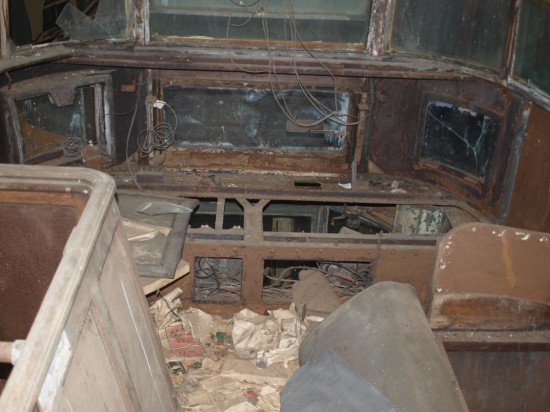 The front of the upper deck above one of the cabs. (Photo: Jamie Guest) 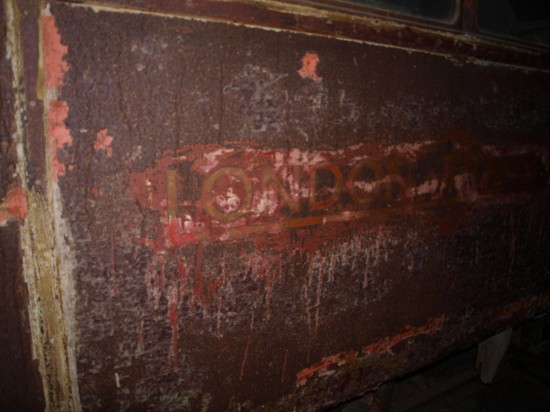 The London Transport livery is still visible on 2085 as it was in its days in the capital. (Photo: Jamie Guest)

* You can find out more about the Seashore Trolley Museum at http://www.trolleymuseum.org/index.php