Another “cheat” if you like for this entry into our 15 Events for 15 Years feature as we take a look at events celebrating various anniversaries which have taken place at the Crich Tramway Village – and there have been quite a few!

Over the past 15 years there have been several anniversaries celebrated at Crich, some have been in connection with commemorations of tramway closure (for example Glasgow 50 in 2012 which included the repainting of Paisley 68 into Glasgow 1068 and the brief return to service of 1282) whilst others have been either Tramway Museum Society or the museum site based. Of these events there have been three which have stood out against the rest – TMS 50 in 2005, Crich 50 in 2009 and Electric 50 in 2014.

In 2005 the Tramway Museum Society were celebrating their 50th anniversary and a special event was held over the weekend of 28th/29th May. Whenever there is an anniversary to be celebrated at Crich that is normally as good excuse as any for a Cavalcade to be formed and that was certainly the case in 2005 with the main pre-event publicity based on this which would seek to illustrate the development of trams over an eighty year period. 18 trams were included in the Cavalcade (theoretically you could say 21 as three locomotives, including the Blackpool Electric Locomotive were also involved in hauling trams as part of the parade.

Southampton 45 – what else! – led the way with other highlights of the Cavalcade being Oporto 9 (hauled by Rupert), Blackpool Conduit 4 (operating under battery power), Sheffield 189 (pushed by the Blackpool loco) and Leeds 602. At this time 602 was operational but for 9, 4 and 189 this was a very rare appearance out on the mainline with none considered operational for some considerable time. It was certainly a great spectacle and showed that Crich certainly knew how to celebrate an anniversary!

The next 50th anniversary came along in 2009 when the acquisition of the Crich site was celebrated over the Spring Bank Holiday weekend. The big highlight was on Sunday 24th May and once again a big Cavalcade would feature. This time it was 20 trams and they were in order of arrival on site. Cardiff 131 – which had been restored to service to mark the anniversary – was in front and it was followed by 19 further trams, all of which were operational at the time, so unlike in 2005 there were no surprises for those assembled. The day also saw photo line-ups on the depot fan with a Capital Cities theme including Edinburgh 35, Hill of Howth 10, Cardiff 21 and London Transport 1622. Sheffield 15 was also out and about but instead of a horse it had GMJ for company. It may not have been quite as spectacular as TMS 50 but 20 trams on parade is still not to be sniffed at.

They say things come in threes and it seems that it is the same for 50th anniversaries! 2014 was the 50th anniversary of the first electric tram operation at Crich, so what better reason for another celebration! We had previously seen 18 and 20 tram Cavalcades but for this it was planned that there would be 25 trams in the Cavalcade! The major highlights of the 25 electric passenger trams in service and in the Cavalcade were visiting Newcastle 114 from Beamish, Box 40 coming back home from Blackpool (having been one of the first electric trams to run at the museum) whilst Balloon 711 was also loaned for the season from Blackpool. This allowed the full 25 trams to be paraded on the first day of the two dayer but if that wasn’t enough for you on the Sunday there were 27 trams as two works cars were added! As well as the Cavalcade there were of course the usual Crich special event occurrences with photo line-ups (trams of the north east, visiting trams etc.) and an intensive service. All in all it was certainly one of the event highlights at Crich over the past 15 years.

With these excellent events which have taken place it makes you wonder – when is the next big celebration at Crich and just what will they think of?! 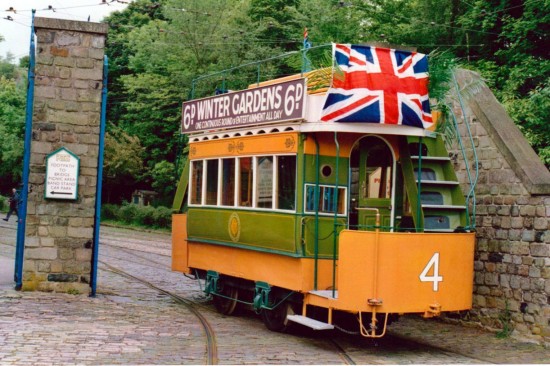 The TMS 50 event in 2005 saw the use of Blackpool Conduit 4 on demonstration runs using its batteries. This was the last year that the tram operated under its own power. The tram is seen here just about to head through the depot gates. (Photograph by Tony Waddington) 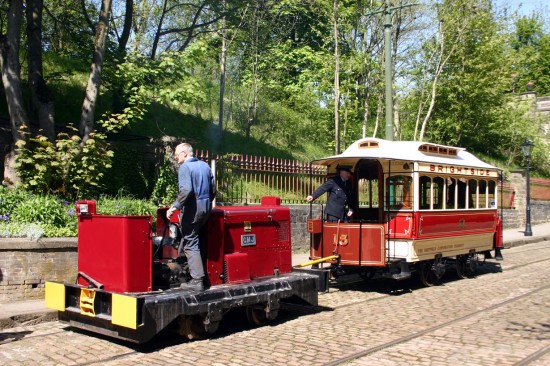 One of the highlights of the 2009 Crich 50 event was GMJ being used to haul Sheffield 15. The pair are seen here just outside the depot gates. 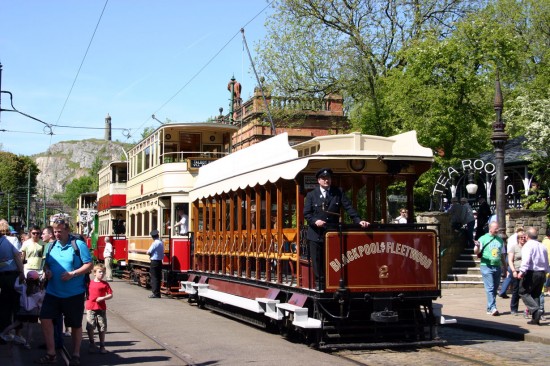 The aftermath of the 2009 Cavalcade with Blackpool & Fleetwood Rack 2 at the head. 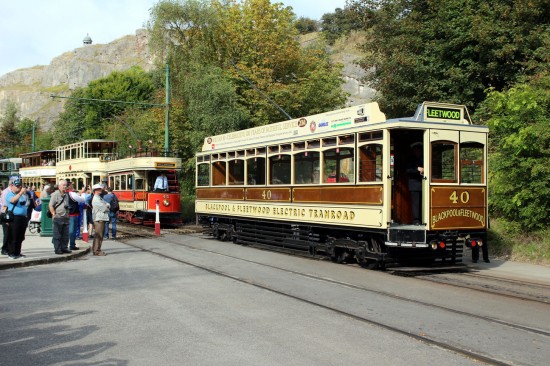 Part of the 25 trams Cavalcade at the Electric 50 event with visiting Blackpool & Fleetwood Box 40 at the head of this queue. 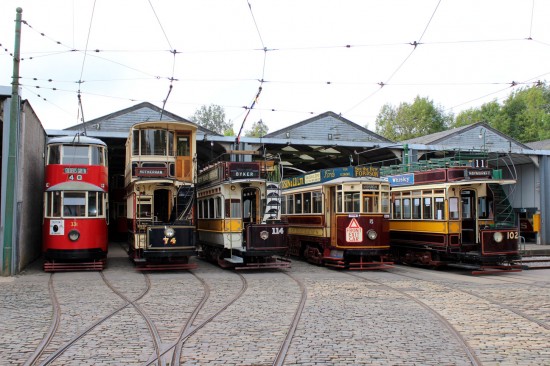