A tram which we haven’t featured on these pages before is an unusual survivor from South Wales, Neath Corporation Tramways no. 1. Whereas when most tramways opted for electric operation when the time came to replace horse trams Neath Council unusually opted for gas powered trams making the survival and display of this tram even more significant. Photos from David Mee.

Tram services had originally commenced in Neath in 1875 with horses providing the power but in 1897 Neath Town Council took control and preceded to initiate modernisation. The decision was taken to use town gas and a fleet of 23 double deck trams were supplied by the British Gas Traction Company using stored gas under compression in cylinders beneath the floor. The operation was leased out by the Council but was beset by financial difficulties throughout its history with the Council eventually taking over operation itself in 1916. The tramway only remained opened for a further four years, closing in 1920 following the inauguration of a competing bus service by the South Wales Transport Co. Knowing its time was up the tramway was actually closed the day before this bus service began.

The only known survivor of the tramway is no. 1 which had been sold following the closure of the tramway. It survived in a local garden being used as a shed until the 1980s when it was recovered and restored for display at the Neath Council owned Cefn Coed Colliery Museum, where it remains to this day. It can be viewed when the museum is open between May and September (closed on Mondays and Wednesdays). 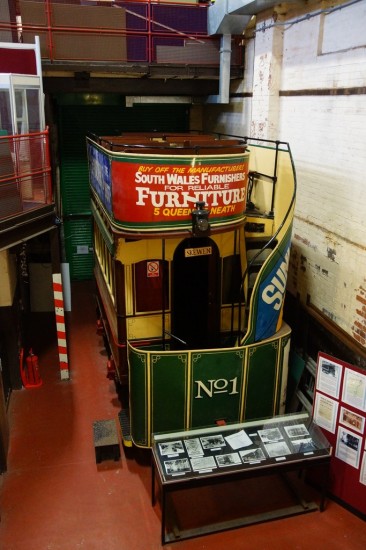 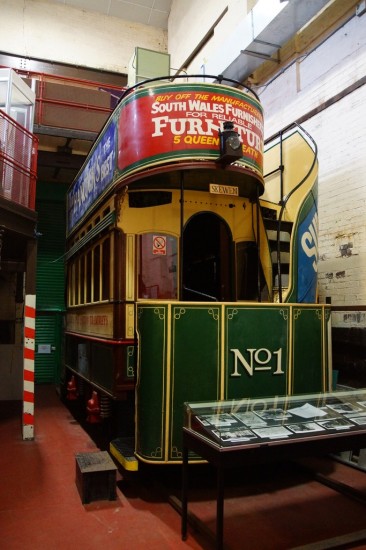 Three images showing no. 1 in pride of place at the museum. 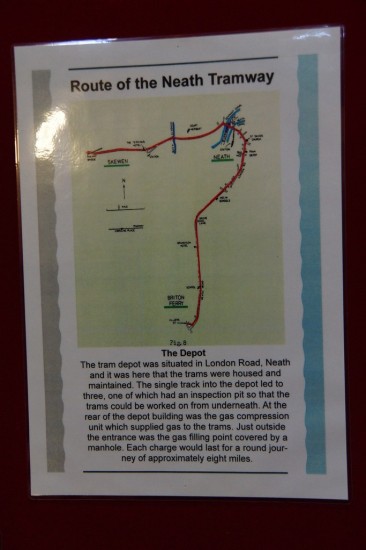 An information panel with details of the route. (All Photographs by David Mee)

4 Responses to In Pictures: Neath Tramway 1