On Friday 21st October, Blackpool’s illuminated Trawler 737 finally took its rightful place on illumination tour duties for the first time since completion of its recent refurbishment. Although the tram had been launched two weeks earlier, problems with its new external lights had meant that it ran with these switched off for its first public tours on 7th October, and had been confined to the workshops after this for its teething problems to be rectified.

On Monday 17th October, the Trawler was back out on the promenade with its lights glowing brightly – albeit in broad daylight and only on test. A thorough programme of test running then took place over the following few days, leading to its debut on ordinary illumination tour service at the end of the week. As well as having its lighting problems attended to, during its time in the works under attention the opportunity had also been taken to replace its multi-coloured seat fabric with more traditional green upholstery, something which had been planned to be done before the launch but time limits had prevented.

However, all eyes were very much on the external illuminations which look absolutely stunning! The tram has been adorned with approximately 3000 LEDs, in place of around 400 bulbs fitted previously – quite a difference! The lights change colours and are used to create a huge variety of different shapes and patterns, with scrolling lettering effects also used. It seems like every time the tram is photographed, it looks completely different, making this quite possibly the most stunning vehicle ever to operate on the tramway. 737 is so bright that it quite literally lights up the promenade and seeing its lights reflecting off buildings and passing trams is really a sight to behold.

Initial reactions to the Trawler’s new look have been very positive and hopefully it will continue to wow the crowds for many years to come. Of course this is largely thanks to the incredible generosity of Lofthouse’s, the makers of Fisherman’s Friend products, for their large financial donation towards the make-over, whilst an appeal from the Fylde Tramway Society helped to raise around £2000 in addition.

Naturally, the Trawler is expected to run every evening for the next two weeks until the end of the 2016 illuminations season, subject to availability, and will presumably then be available for private hires and possibly daytime heritage tour duties as required. 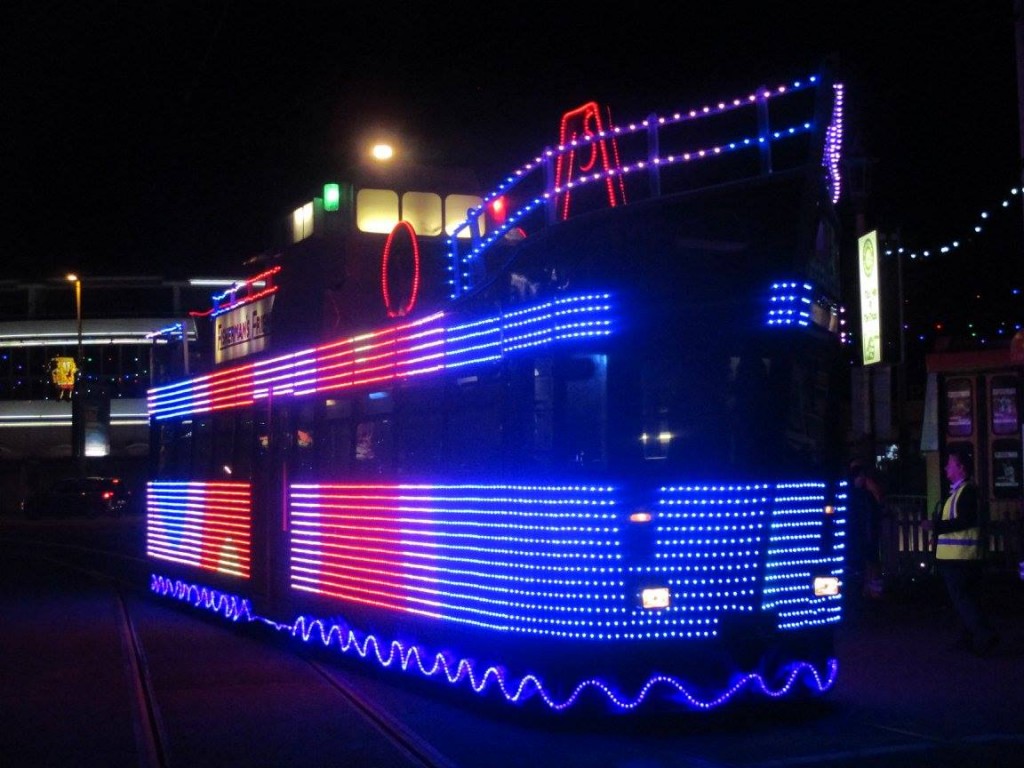 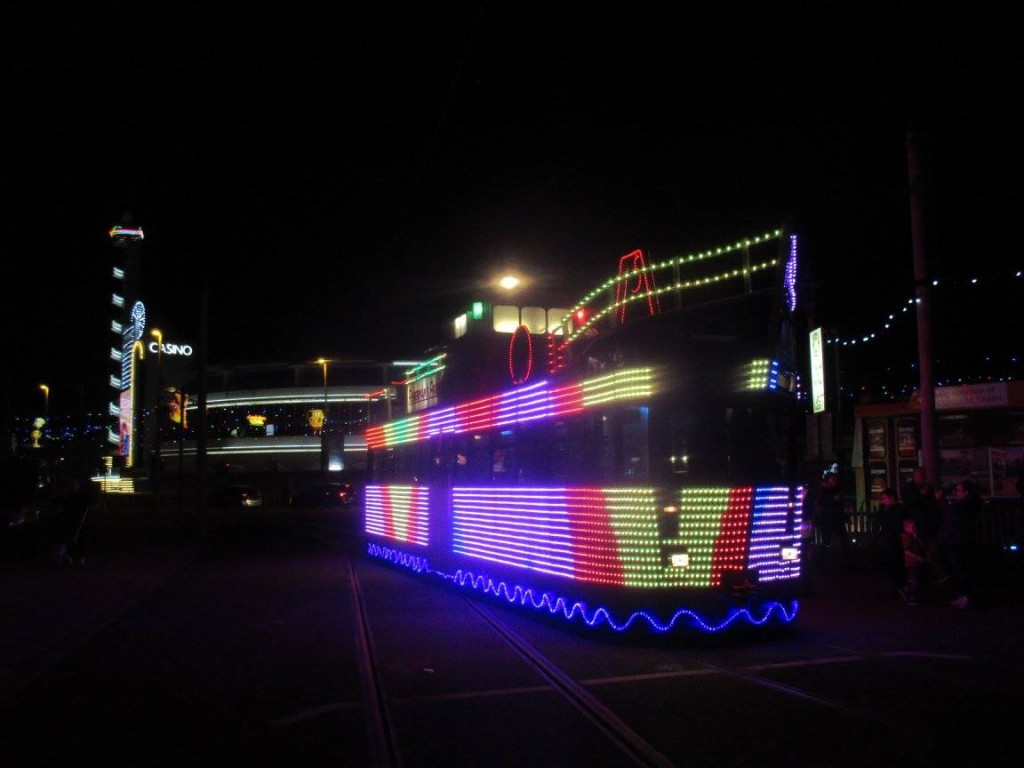 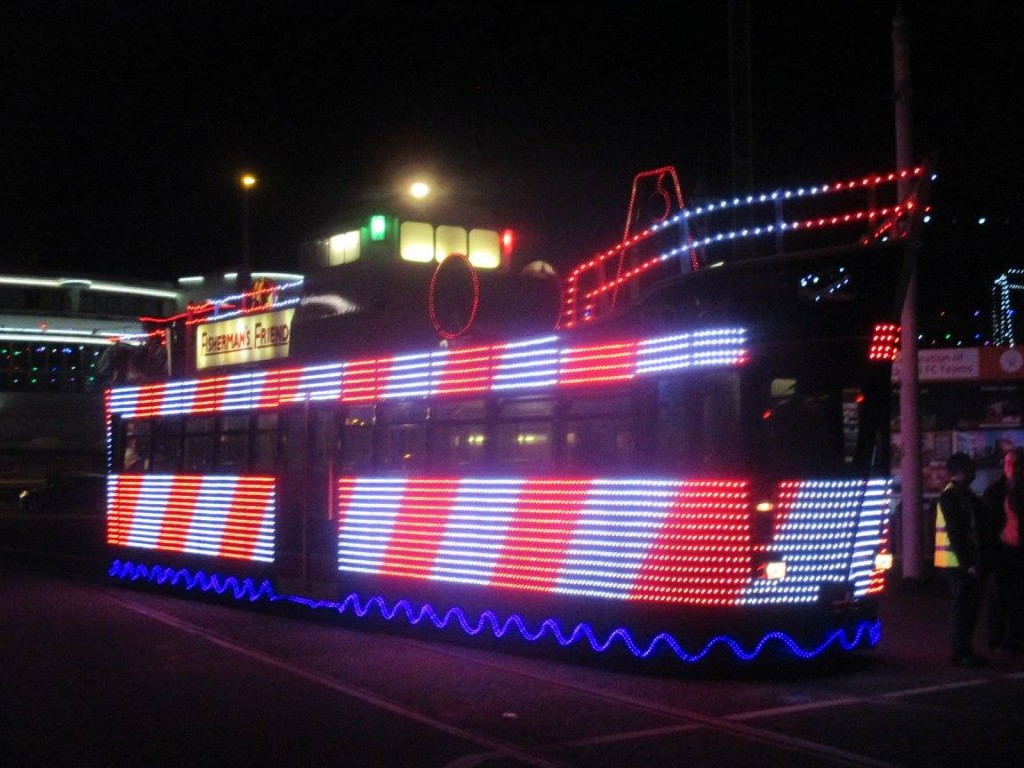 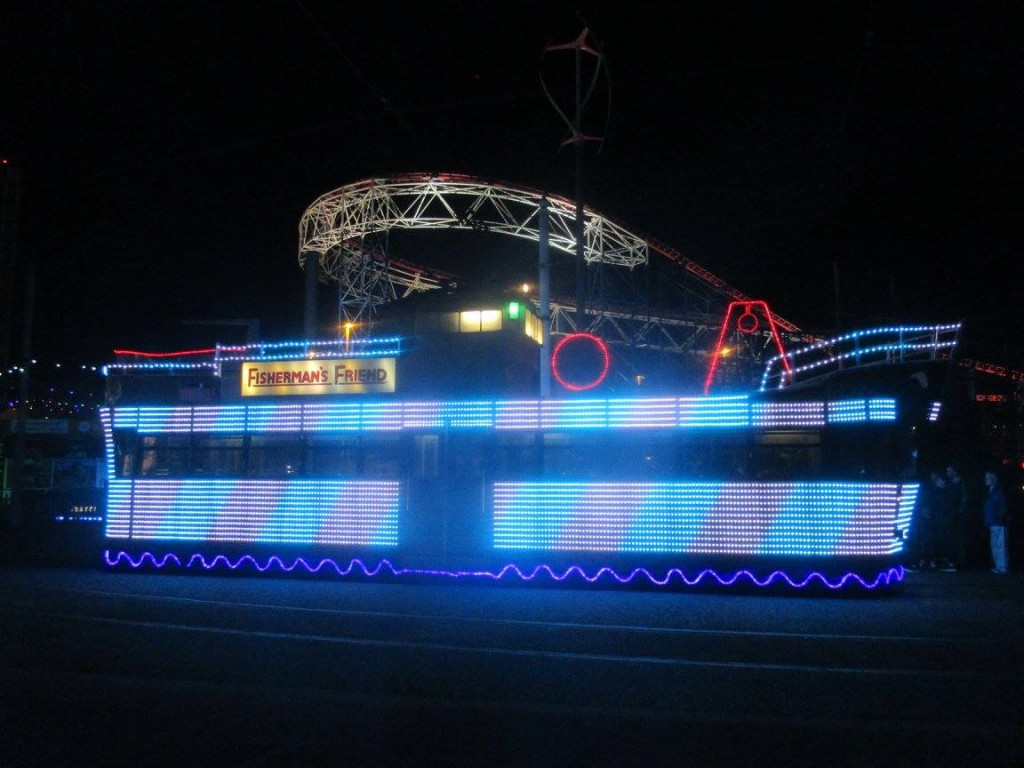 A series of images showing Trawler 737 at Pleasure Beach on its first night of illumination tour work, showcasing just a small sample of the many lighting settings which constantly change. (All photos by Rob Bray)