Posted on Saturday 21 July 2012 by Gareth Prior

As reported on British Trams Online in the past few weeks, progress is continuing to be made on constructing the new Edinburgh tramway with further road closures and traffic diversions being introduced to allow the laying of the tracks. One section which has had tracks laid for a while has been that near to Gogar Depot where driver training has also been in evidence recently. As well as driver training being much in evidence a large number of the CAF built trams have now been delivered and if you carry on reading this article you will see photos around the Depot of a tram on test and those trams stored and waiting the chance to carry passengers. 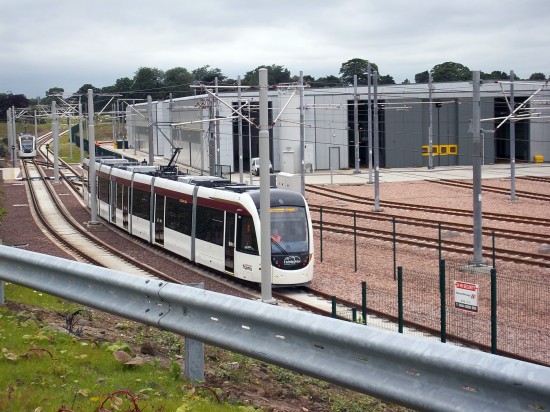 252 is seen whilst on a test/training run on 16th July 2012 with another tram in the distance. (Photo: Alasdair McFarlane) 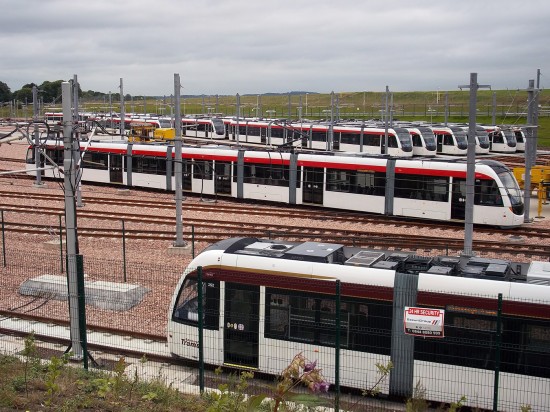 A general view at the Depot showing a number of the trams which have now been delivered to Scotland. (Photo: Alasdair McFarlane) 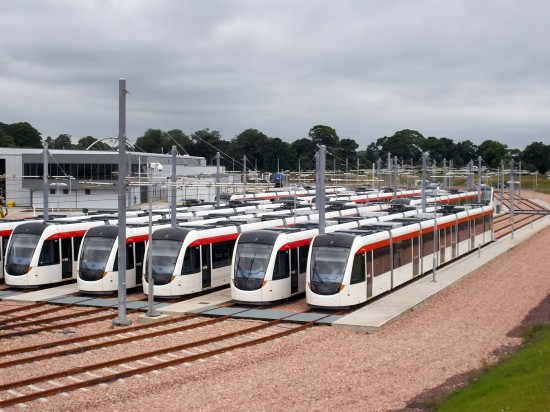 Another view at Gogar Depot showing even more of the currently unemployed trams. (Photo: Alasdair McFarlane)

2 Responses to In Pictures: Driver Training commences in Edinburgh