The newly renovated area around the century-old bandstand at Crich Tramway Village was officially declared open at a small ceremony on Saturday 14th July, with the Mayors of Amber Valley and Trafford amongst the dignitaries in attendance. This special occasion was part of this year’s Edwardian themed weekend, which as usual saw the only chance of the year to ride on a horse-drawn tram at the Museum (Sheffield 15) and was blessed with fine weather, unlike most of the summer so far!

The special guests were transported to the bandstand area on board Blackpool 40, where a ceremonial ribbon was cut and the park was declared open to the general public. A lot of work has been carried out over the winter and spring, mostly by a couple of members of the Leeds Transport Historical Society who have also been working simulatenously on the restoration of Leeds horse tram 107. Now, the park area looks much better for the attention and is already proving very popular with visitors. As one of the first sights to greet visitors who have passed through the entrance building, this investment has created a very positive inital impression of the Museum, utilised several long-stored items, and enhanced the village aspect of the attraction.

The £75,000 price tag attached to this project has been covered by members of the ‘Subscriber Plus’ fund, who offer an extra donation on top of their annual Society membership fee which goes towards projects which do not directly involve the tramcars themselves. A previous Subscriber Plus project was the Ashton shelter, which can be seen in front of the new park. However, the recent works are just the first phase of an intended four-part scheme, which will ultimately see the park extended and an area created for visiting buses to park alongside the tramway if funds allow. There is no denying that the park looks most impressive, but hopefully the need to support the tram collection by improving the depot accomdotation for example, will not be overshadowed by developments such as this one in the drive to reverse the recent worrying trend of declining visitor numbers. 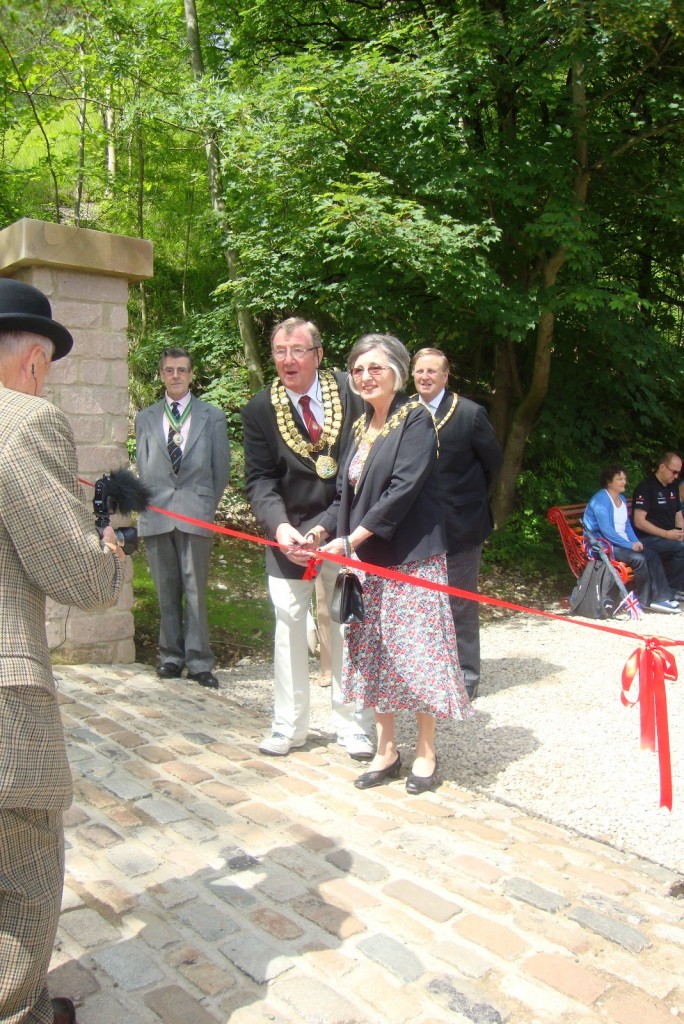 The Mayors of Amber Valley and Trafford are shown cutting the ceremonial ribbon to commemorate the opening of the rejuvinated bandstand park area. (Photo courtesy of the Crich Tramway Village blog) 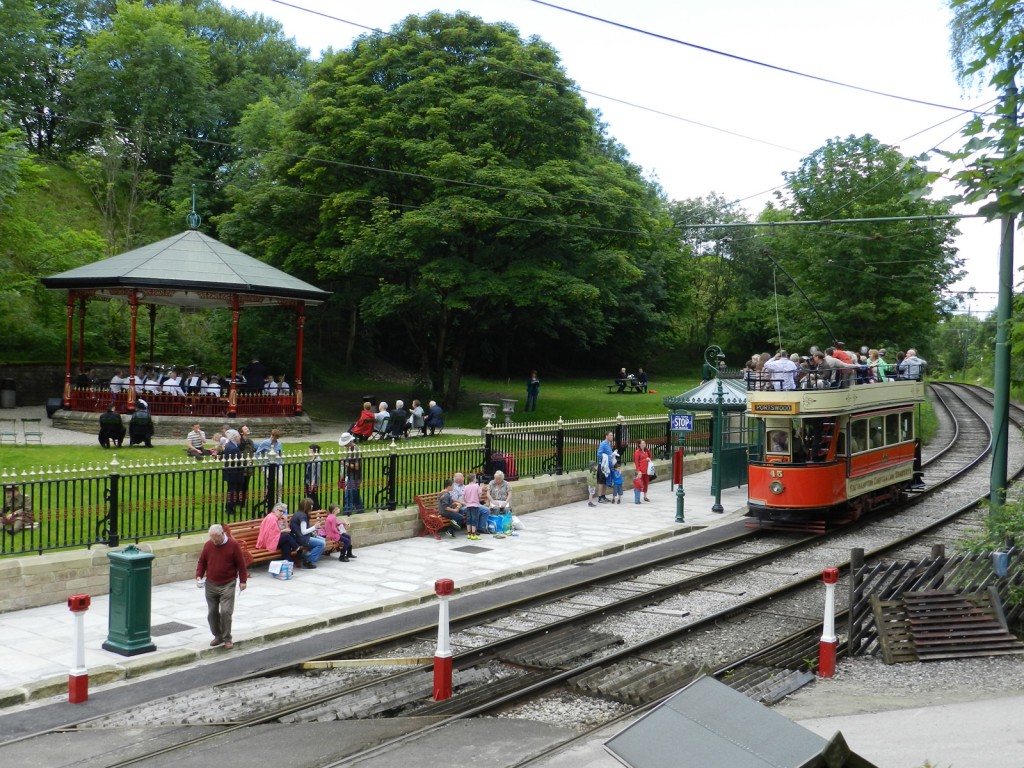 A general view of the park as many visitors enjoy this newly enhanced area of the museum site, whilst Southampton 45 passes by. (Photo courtesy of the Crich Tramway Village blog)