Posted on Wednesday 9 September 2015 by Gareth Prior

Wednesday 9th September saw the latest member of the Urbos 3 fleet to enter service on Midland Metro with 35 carrying its first fare paying passengers. This was the seventeenth different CAF built tram to enter service meaning that the class is now officially the largest single class of trams to operate on Midland Metro since opening (of course there were only 16 T69s in total).

35 had been undergoing the usual testing and commissioning process over recent weeks although when noted on its first day in service it still had less than 3000km on the clock (2777 to be precise) – a much lower figure than several of the other trams when they entered service.

The entry into service of 35 is a bit of a surprise as recently the tram which has been seen out the most on test is 34 but this continues to be tested on an almost daily basis seemingly no closer to enter service.

And as we can’t have an article from Midland Metro without mentioned the original trams, the withdrawn T69s still remain at Wednesbury Depot awaiting eventual movement to Long Marston. This had been expected to start in August – almost as soon as the last had been withdrawn – but circumstances meant this was not possible. 03, 04, 05, 08, 09, 10, 11, 12 and 16 all remain stored and will all make the trip to Warwickshire following the decision not to retain 16 for use engineering use. 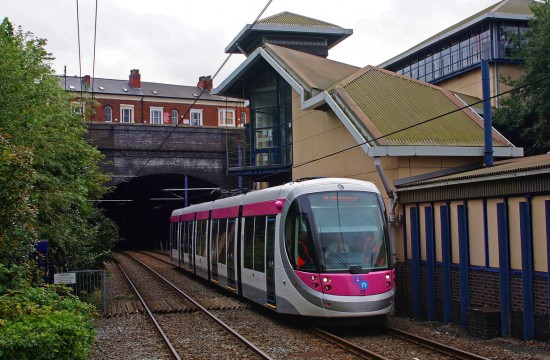 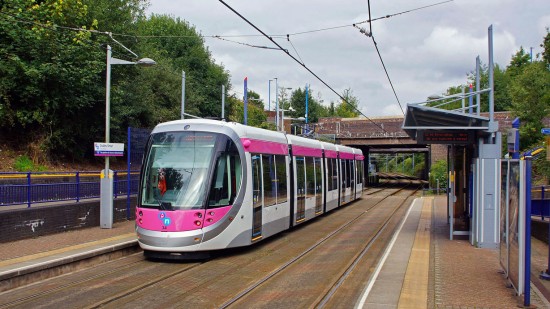 34 continues to be tested and is seen here at Dudley Street. (All Photographs by Andy Walters)