It’s a bit of a different “Picture in Time” for you today as we feature a stretch of track rather than a specific tram and bring you photos of five very different trams in action during the second half of the previous decade.

With this Sunday (21st June) due to see the return of heritage trams to the section of track between Pleasure Beach and Starr Gate for one day only we thought it was about time we had a bit of a bonus “Picture in Time” by taking a look at the current southern extremity of the Blackpool Tramway. Not opening until 1926 this section of tramway initially seemed to just serve the sand dunes but as the years went by development saw housing and hotels appear and in 1938 the turning circle much loved by enthusiasts was built. After the street track into Lytham Road was closed in the early 1960s the line became a simple out and back run from Pleasure Beach with a differing service over the years. This section of track was the first to be completely closed to traditional trams for upgrade works to take place at the start of September 2009 with initial testing of the new Flexity2 trams then taking place ahead of the re-opening of the Blackpool Tramway at Easter 2012. And of course now this part of the tramway is a key connection with the new depot being situated at Starr Gate. 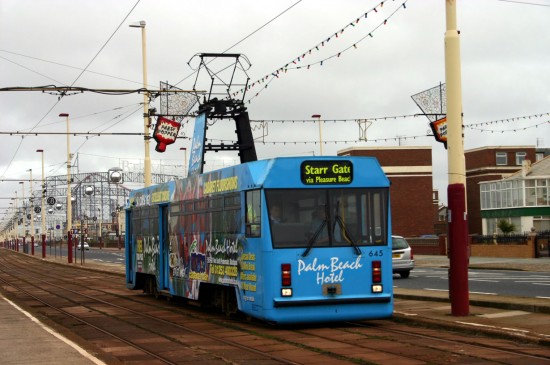 Our first image shows Centenary 645 approaching Starr Gate on 4th September 2006. At this time the tram was carrying this blue based all over advert for the Palm Beach Hotel (who also sponsored Balloon 701 for a time) and was running with a conductor. 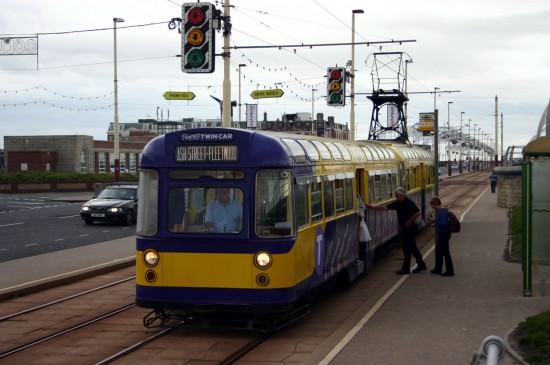 Just a day later on 5th September 2006 we find Twin Car 684+674 pausing at Harrowside as a small group of passengers board. This Twin set carried the Line 14 Metro Coastlines livery of Cadbury Purple and Yellow although at this point had evidently received some repairs to the front panel of the trailer which was sans the Metro Coastlines logo. 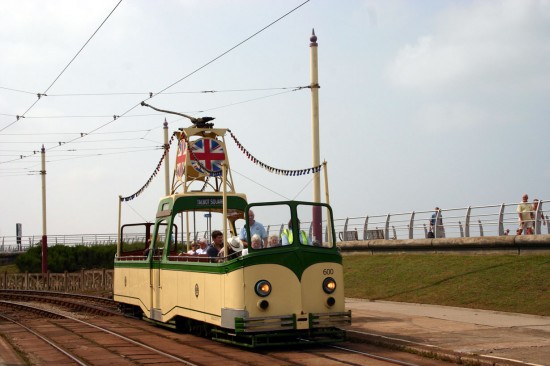 We now have three images taken on 28th June 2009 which until 2014 was the last Totally Transport which had a heritage tram service. This is, of course, Boat 600 just departing from Starr Gate. This was pre-overhaul for 600 so there are no bumpers but it had already received the Duchess of Cornwall nameplates. 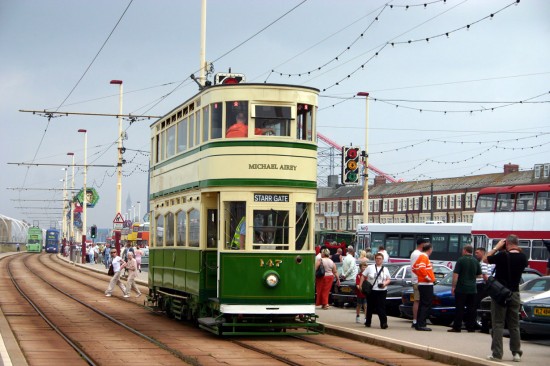 This is Standard 147 which is seen at Harrowside whilst running through to Starr Gate. Note that 147 was running without side panel adverts at the time of the photo. 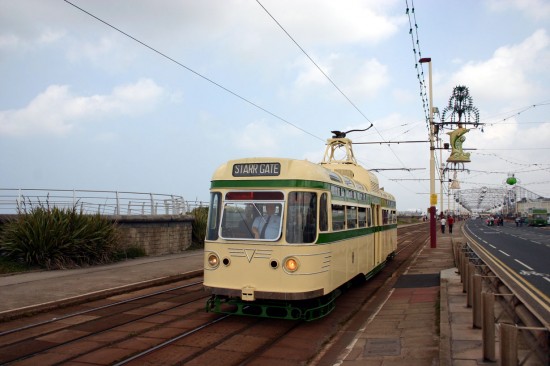 And we end with this photo of Coronation 304 which is about to reach the Starr Gate terminus with another full load of passengers as always seems to be the case when a Coronation is out and about. (All Photographs by Gareth Prior)