As promised some months ago, information on the tramcar collection at Crich Tramway Village is being made more readily available to visitors, with the addition of interpretive signs to the trams housed in the depots. Although there have been detailed labels on most of the trams inside the Exhibition Hall for a few years this is thought to be the first time that a serious effort has been made to label all of the trams on site in this manner.

The first half of the new signs have recently arrived at the museum and are now being fitted to the trams in the depots so that visitors can learn more about those trams not in service on any particular day. A new ‘house style’ has been designed for the signs which are being hung on the trams, over the ropes used to discourage visitors from attempting to climb on board the stationery cars. On most vehicles these will be placed on the end platform area so should not spoil the appearance of the trams too much. The signs have been introduced in response to feedback from visitors and use a colour coding system based on the livery worn by each tram. Unfortunately, an image of Glasgow 812‘s label which has been shown to give an impression of how the new labels look shows a mistake in the information on it. Otherwise though, the effort made to educate the public about the collection is applaudable and hopefully any errors can be rectified easily and at minimal expense to ensure that this initiative is wholly positive for the museum. 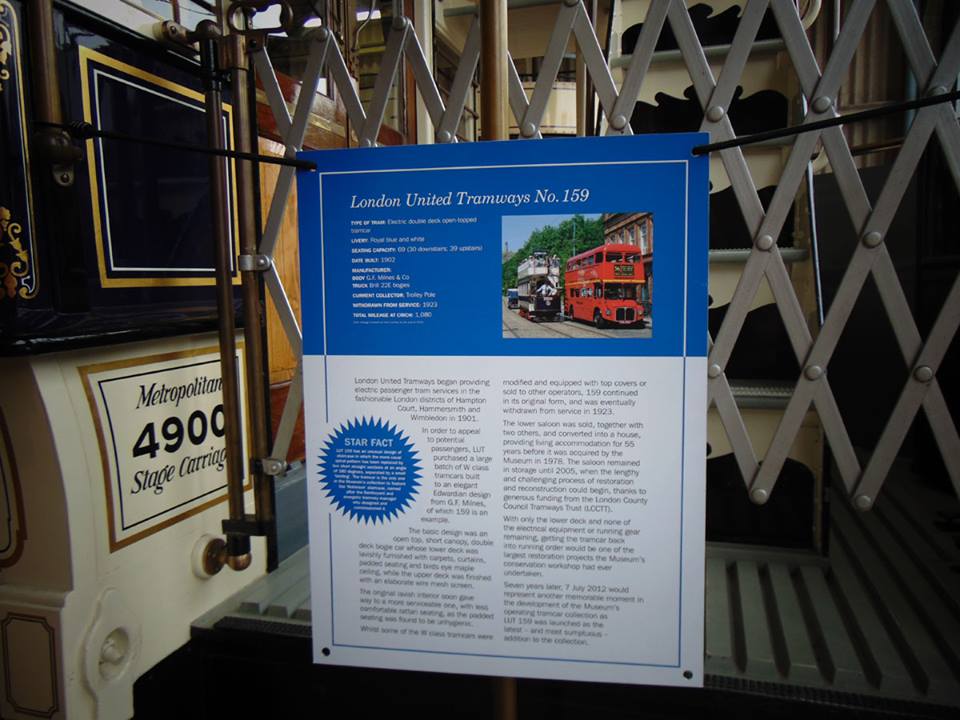 A preview of the new interpretation panels being fitted to the trams at Crich, with a look at the sign now placed on London United Tramways 159. (Photo courtesy of Crich Tramway Village)