Posted on Friday 30 January 2015 by Gareth Prior

Ten different Urbos 3s have now carried passengers on Midland Metro following the entry into service of 31 on Thursday 29th January. This day saw a seven-three split of Urbos 3/T69s in service with an eighth Urbos 3 also out and about with 33 on test.

The ten Urbos 3s which have run in passenger service are 18–27 and 31 but only nine of these are currently operational as 21 is out of service for unknown reasons. Despite our report before Christmas than 27, 28 and 29 were all waiting to enter service all three are still waiting their chance to show off to the West Midlands public. On the T69 front there are still eight of the once 16 strong fleet which can be used in service (04–06, 08–10, 12 and 16). With 17 trams operational now hopefully there won’t be times of a reduced service due to tram availability again. 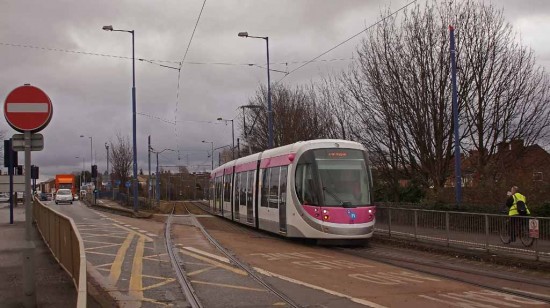 31 departs from Priestfield on its first day in passenger service. 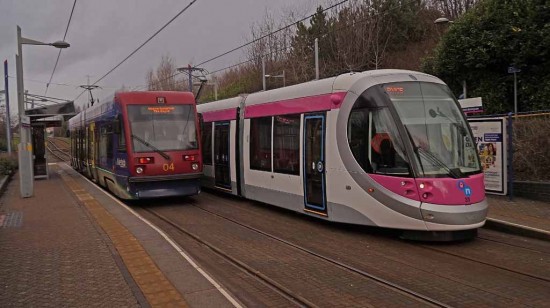 Also out on 28th January was 33 which was on test. We catch up with the test tram at Priestfield with T69 04 alongside. (Both Photos by Andy Walters)

2 Responses to Another Urbos 3 enters service