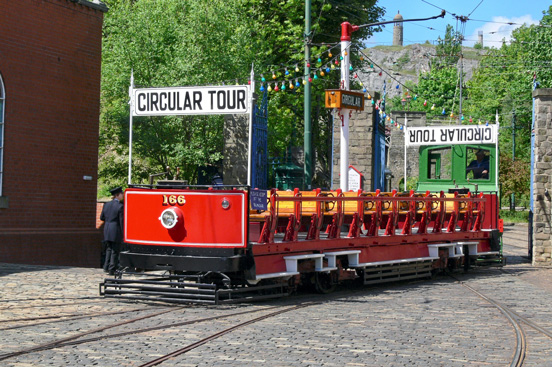 Blackpool Toastrack 166 is seen during last years Enthusiasts Event at Crich being shunted by the Blackpool Electric Locomotive 717 as a withdrawn tram. Just 12 months later the tram will be one of the stars of the Enthusiasts Event in 2011 as it is due to be launched during the afternoon before undertaking a test run. (Photograph by Tony Waddington)