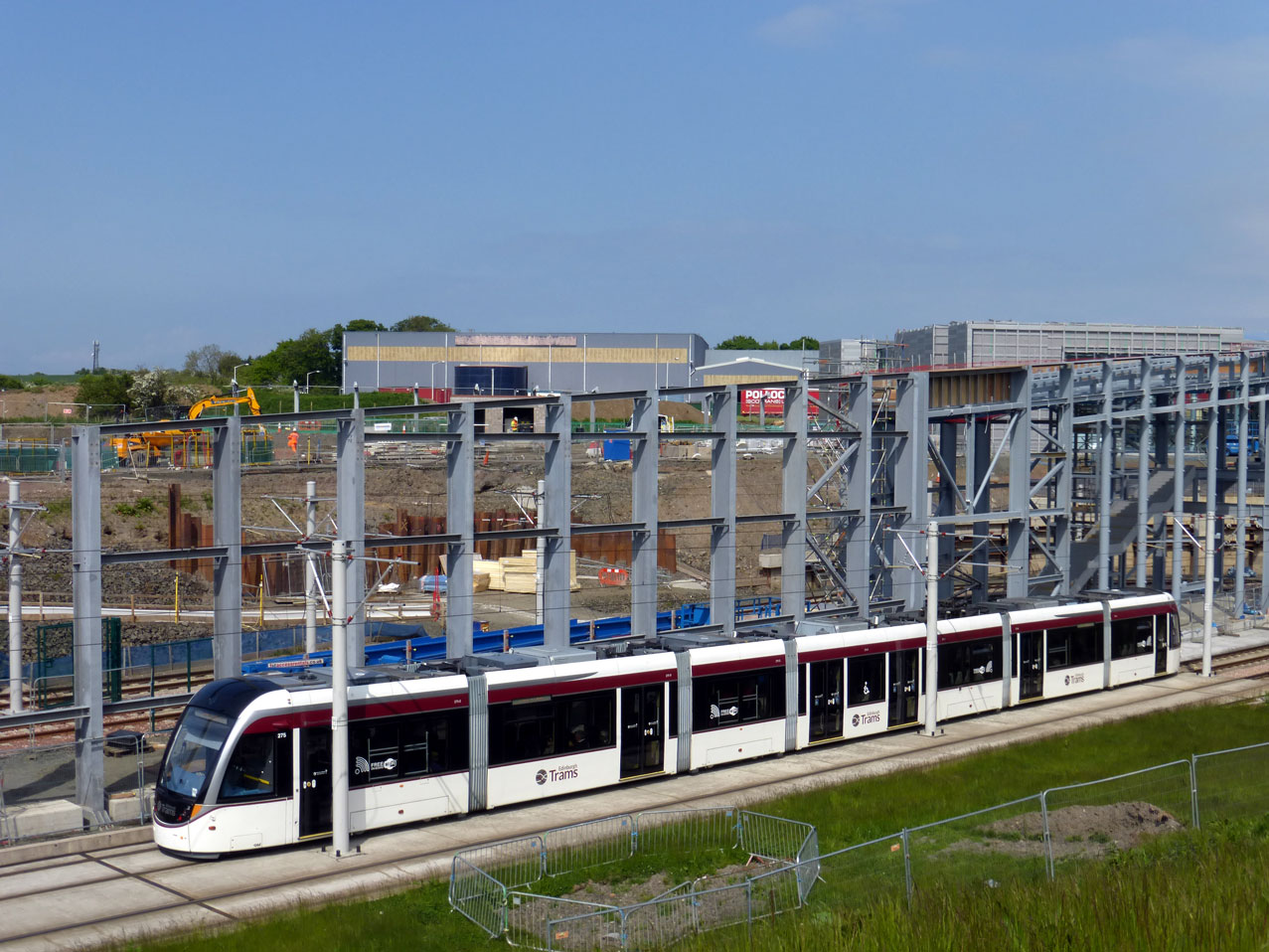 This is a general view of the construction works for the new Edinburgh Gateway tram-train interchange which provides a link between trains on the route to/form Fife and Edinburgh Waverley with the Edinburgh tram. It is due to open towards the end of 2016. Tram 275 is passing through the new tram stop, the base for which and the platform edge upstands were built at the time of the construction of the original tramway. The railwaystation is in the upper right of the picture at a higher level than the tram stop.