← Out and About: Edinburgh 258 shows off its new advert 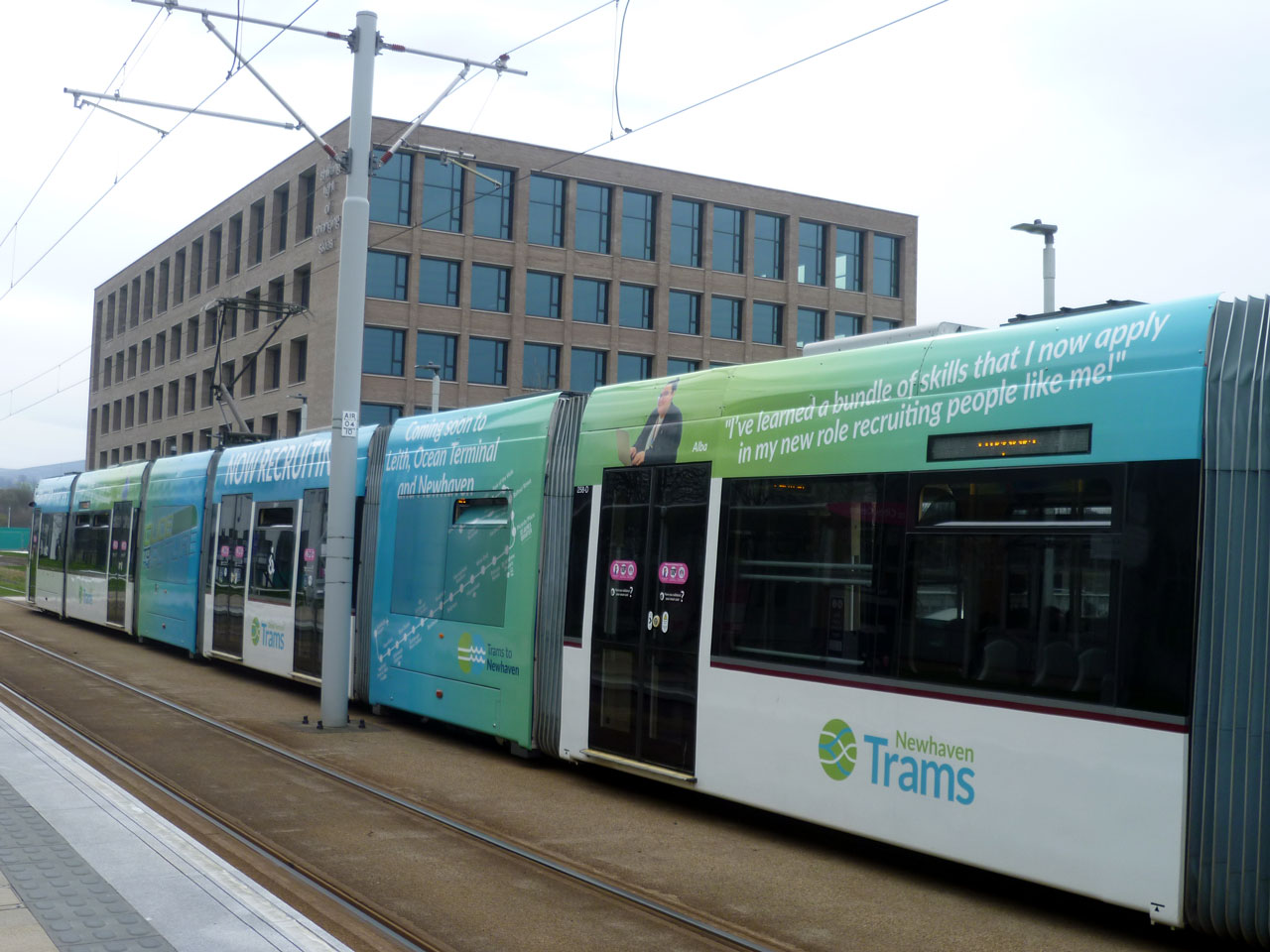 Earlier in the day and we take a closer look at some of the detail of the new wrap which as well as highlighting the recruitment campaign also highlights the extended route to Newhaven. Behind the tram is the first building completed as part of Parabola’s development of the second stage of Edinburgh Park – these are new offices called 1 New Park Square and lies on the west side of the tramway at the Edinburgh Park Central stop. (Both Photographs by Roy Calderwood, 11th April 2022)