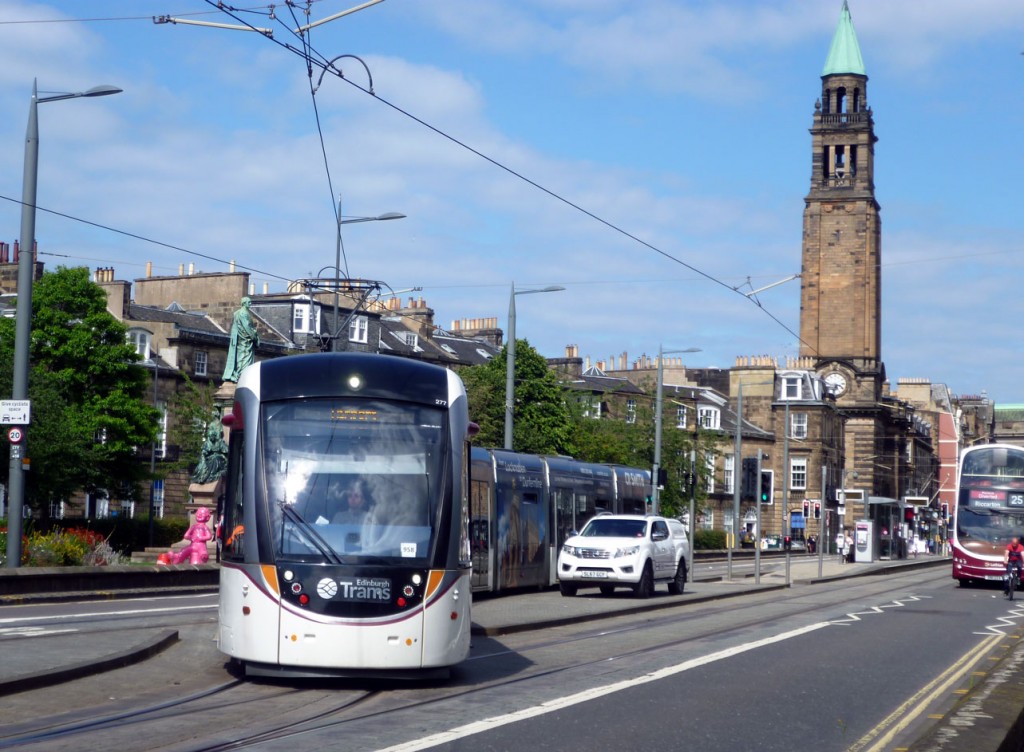 277 has just departed from West End-Princes Street as it starts its journey back to the Airport in this shot. It is using the crossover which is situated on the Haymarket side of this stop. In the central reservation an Edinburgh Trams van is to be found whilst this scene also contains plenty else of interest. The church in the background is the former St George’s West, now the Charlotte Chapel with a statue of former Prime Minister William Gladstone just standing above the tram. The pink figure is of Scottish cartoon character “Oor Wullie” and is part of a trail of these figures across Edinburgh, Glasgow and Aberdeen and raising money for children’s hospitals. A similar trail of Elmer the Elephant is taking place this summer around the Tyne and Wear Metro network.