← September Review – Isle of Man: No. 29 – Another look at the horse trams 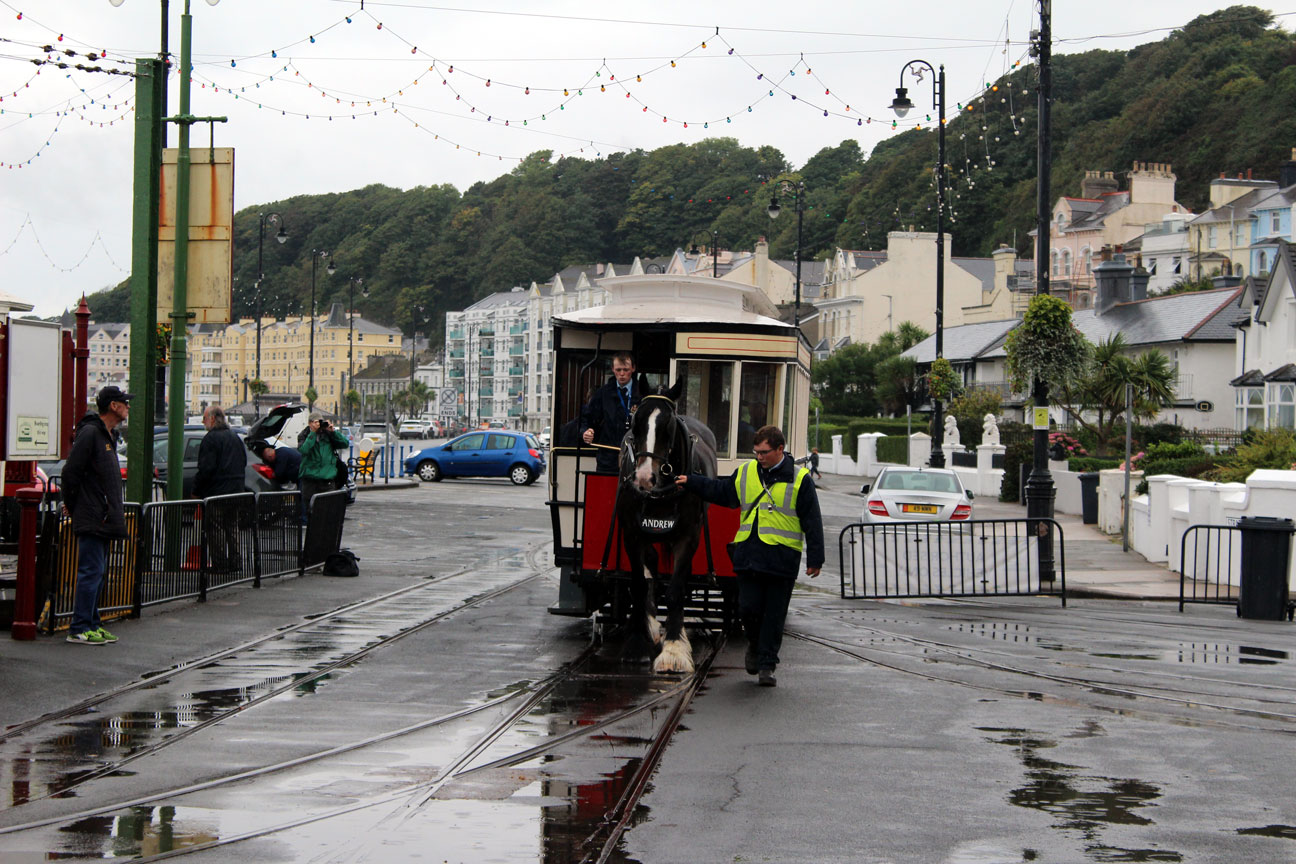 The only double decker actually on the horse tramway, 18 is usually only seen during special events with use outside of those times seeming to be few and far between. On 8th September after the conclusion of the Cavalcade the tram was used on one public return trip between Derby Castle and the Sea Terminal and is seen here after its return being led back into Strathallan Depot. (All Photographs by Gareth Prior)