In Pictures: More from Manchester 765’s big day out

After featuring some images of Heaton Park resident Manchester 765 being loaded up for its short visit to Manchester city centre to help commemorate the centenary of the First World War (as well as its own centenary year!), we are now pleased to be able to share some more pictures showing the tram on display in the city on Tuesday 4th November.

On this day 765 was displayed outside the City Hall in Albert Square with representatives of the Manchester Transport Museum Society on hand to talk to interested members of the public about their prized vehicle. Several dignitaries, including the Mayor and local Councillors, also visited the tram over the course of the day. As dusk fell the tram was re-loaded and transported back home, where it will re-enter service this Sunday (9th November) retaining its decorations. 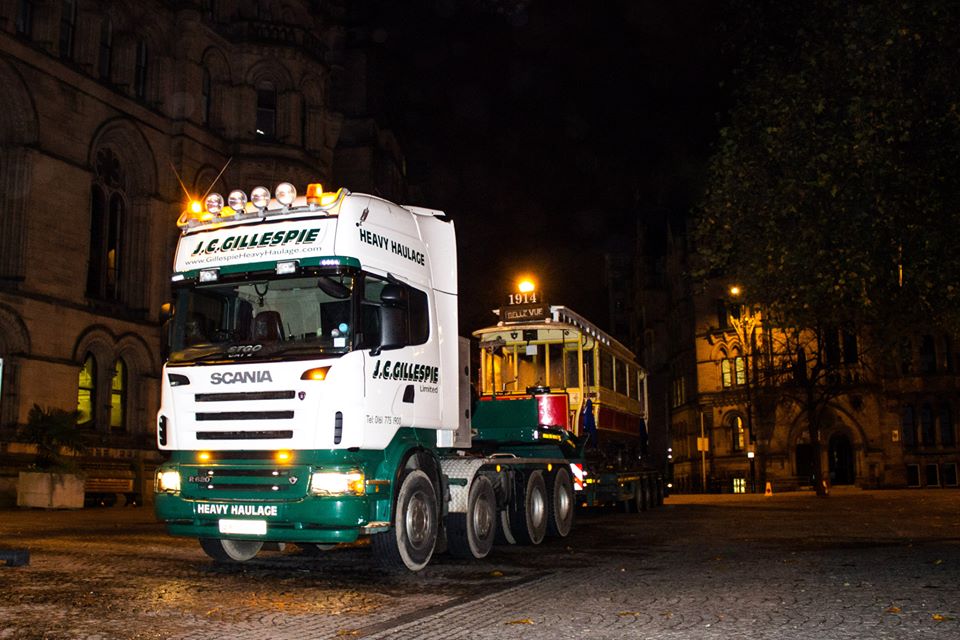 It was a very early start for the MTMS members involved in 765's visit to the city centre, as evidenced by this view of the tram arriving in the early hours of Tuesday 4th November. 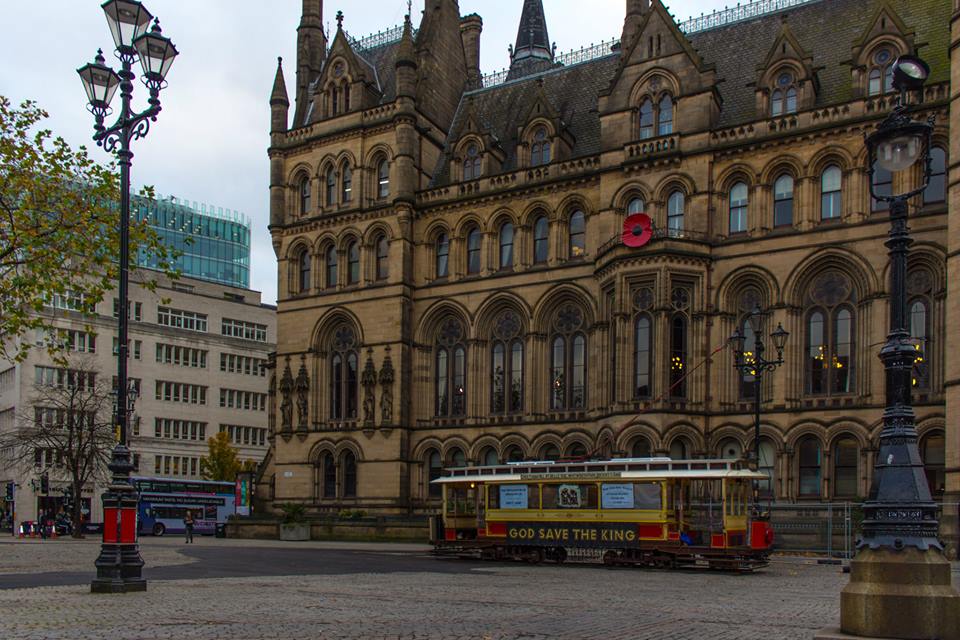 765 in place outside the City Hall which was itself decorated with a large poppy. 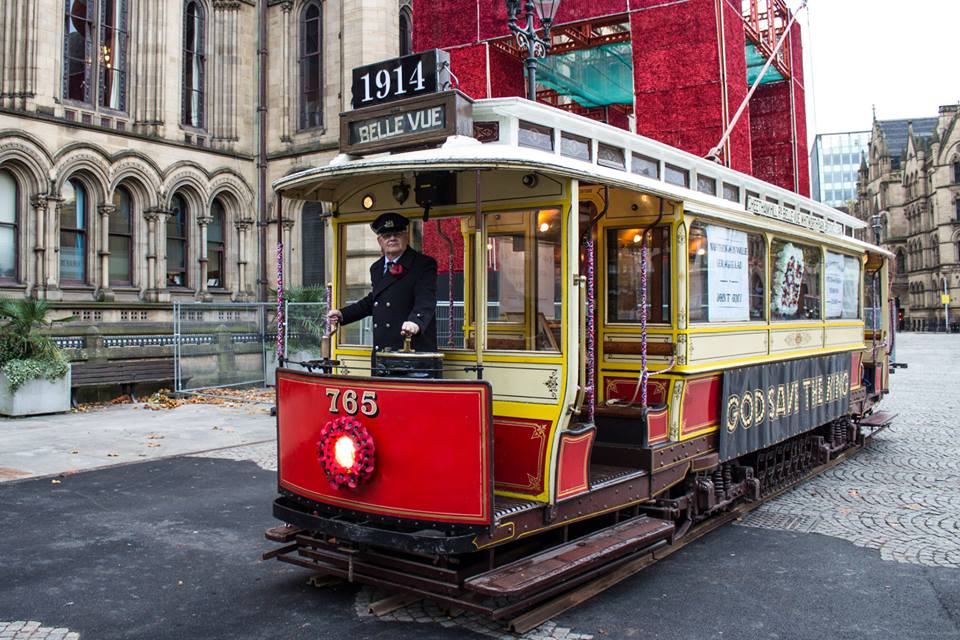 Another view of 765 on display, apparently being driven away from the display location! 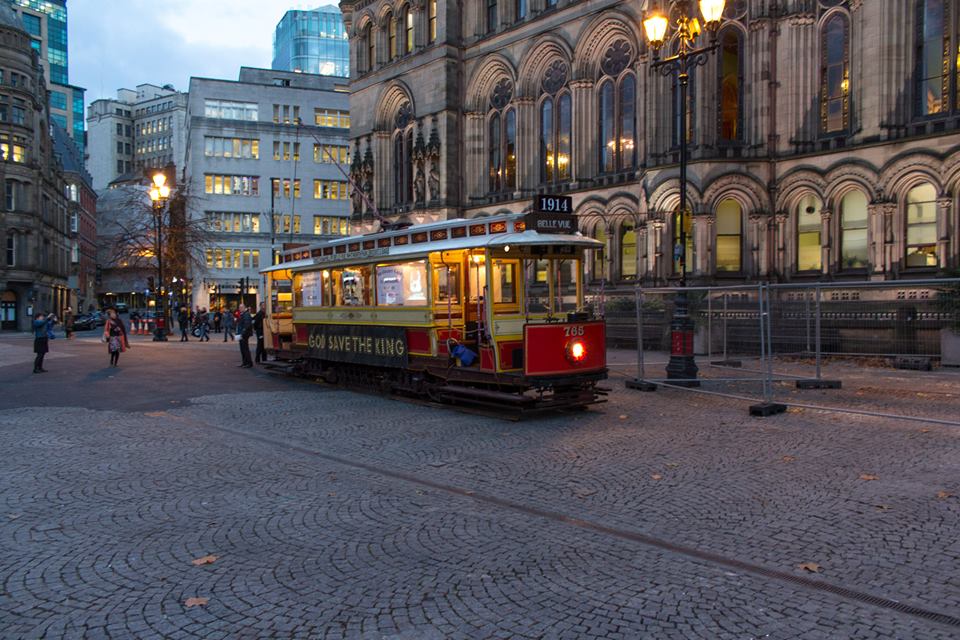 As the light begins to fade, 765's lights give the tram a delightful warm glow. Note the poppy decorations around the headlights. 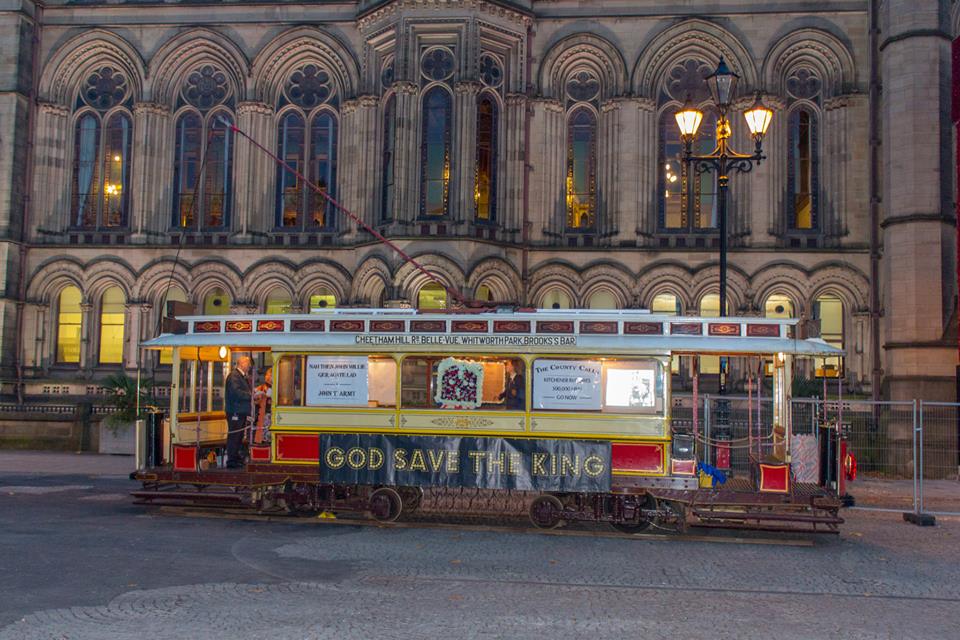 Another view of 765 at dusk, showing off its banners and crown to good effect. 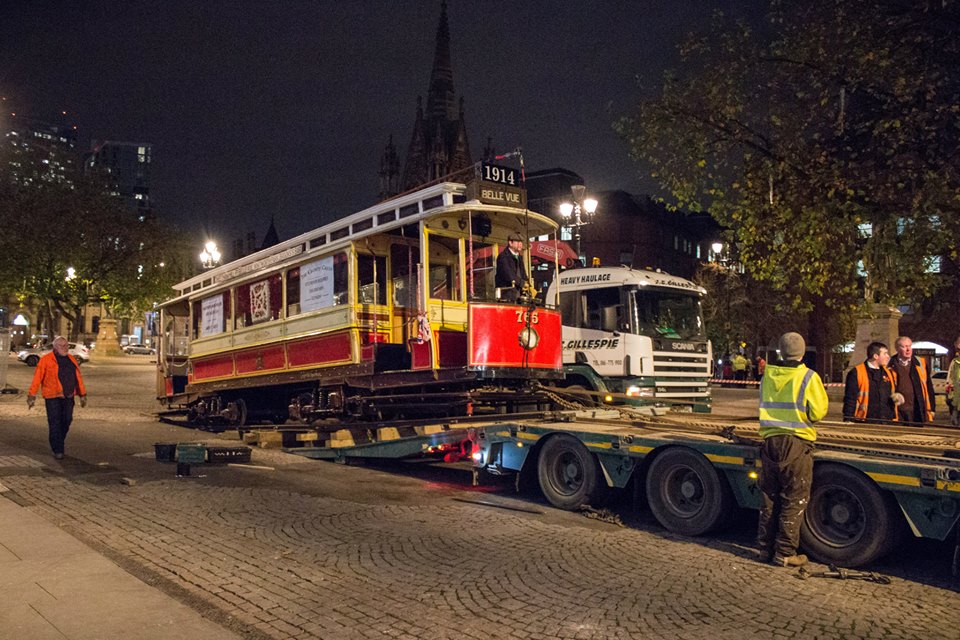 With a ramp up to a low loader built for the third time in little over 24 hours, Manchester 765 climbs the slope onto the trailer which would return the tram home to Heaton Park. 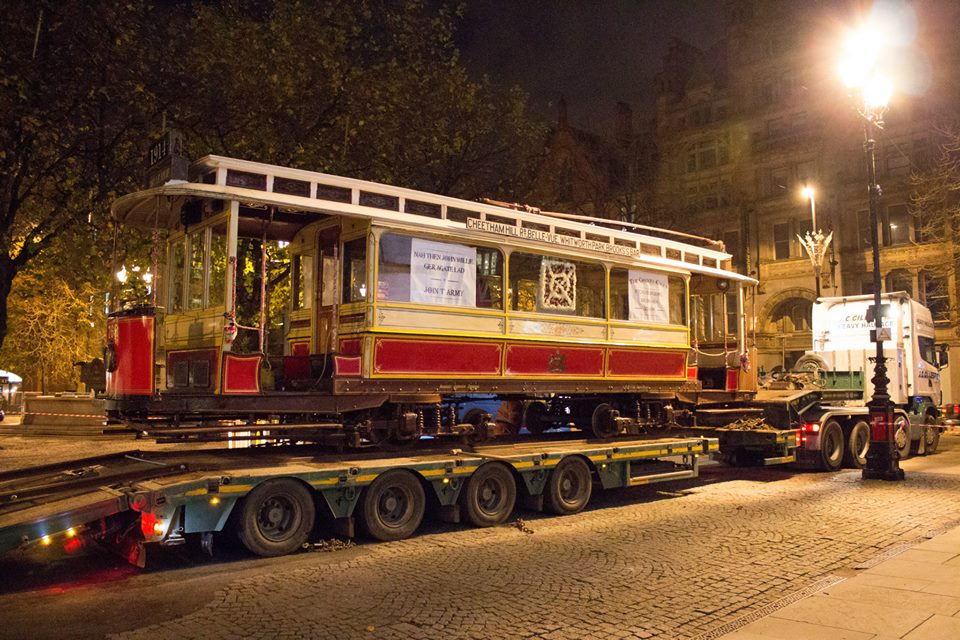 One final look at 765 in this unfamiliar setting where it actually looks quite at home as the tram prepares to set off for the journey back home. (All photos by Jack Clare)

1 Response to In Pictures: More from Manchester 765’s big day out