1018 has become the ninth T68/T68A to leave Manchester Metrolink property for scrapping following its departure on Wednesday 16th July. This LRV has been waiting for the Allely’s low loader to arrive for several days following the completion of final component removal in the workshops at Trafford Depot and this finally happened on 16th July and it then headed over to Rotherham to become just another memory and a line in the history books.

1018 has two major claims to fames; one of which was good and one of which is why we are writing articles like this today! In spring 1992 it was the first LRV to be gauged to Altrincham but then it was the vehicle which had a detailed solebar inspection which led to the fleet eventually being fully withdrawn – so for those fans of the T68s you have 1018 to thank for a lot! 1018 was one of three T68s which didn’t go through the modification programme and with 1019 having already gone for scrap this just leaves 1020 at Trafford Depot waiting for its final fate.

1015 and 1010 are currently in the workshops being prepared for departure and are undergoing final component removal. It now looks likely that 1015 will be the first of these to leave.

The latest M5000 has also now been delivered to Queens Road Depot with 3086 arriving on Saturday 19th July. As with all previous deliveries this will now undergo commissioning works and then mileage accumulation before being considered for an entry into service. 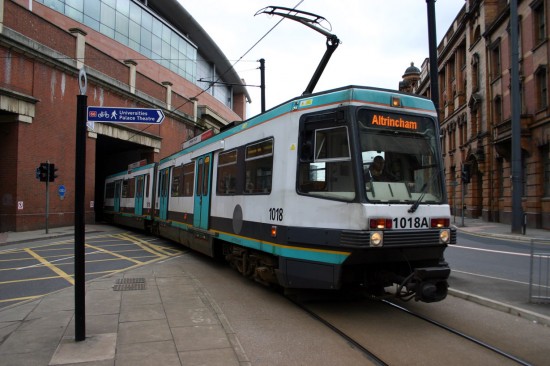