Up close and personal with Manchester 765

As part of our continued coverage to mark the centenary of Manchester 765, we take a close look at this popular tram with some interior views showing the car in all its glory. 765 has of course been a stalwart of the Heaton Park Tramway for over thirty years (though with periods of time spent at Blackpool and Beamish in-between), but its superb appearance today is a testament to the outstanding quality of restoration work carried out on it back in the 1970s.

Manchester 765 is a rare surviving example of a combination car which features an enclosed saloon with longitudinal wooden bench seating, flanked by open end seats intended for use by smokers – how attitudes have changed! Perhaps its best feature however is the clerestory roof which features stunning patterned ruby glass, and the decorative interior ceiling panels are also worthy of more than a second glance.

Following some remedial workshop attention during the first half of 2014, 765 is now fighting fight and appears to be running much better than it has for many years. No doubt further work will be carried out in the years ahead to ensure that it remains in active service for many years to come. Happy 100th birthday 765! 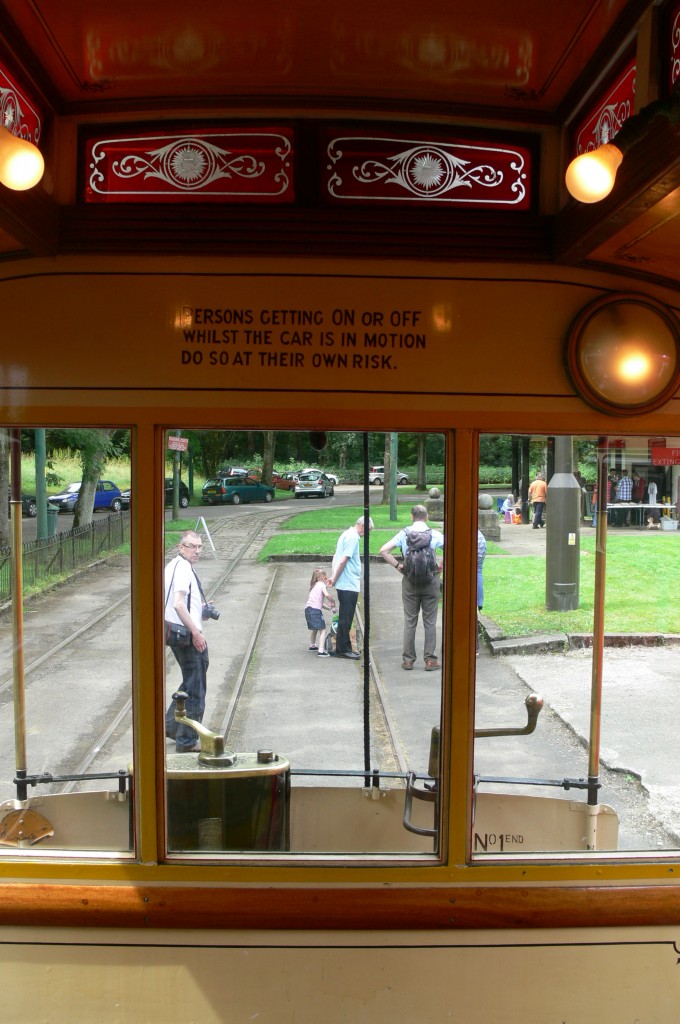 A view from the central saloon of Manchester 765, looking outwards towards the end platforms which offer very little protection to crews, as well as the outside smokers' seating area. 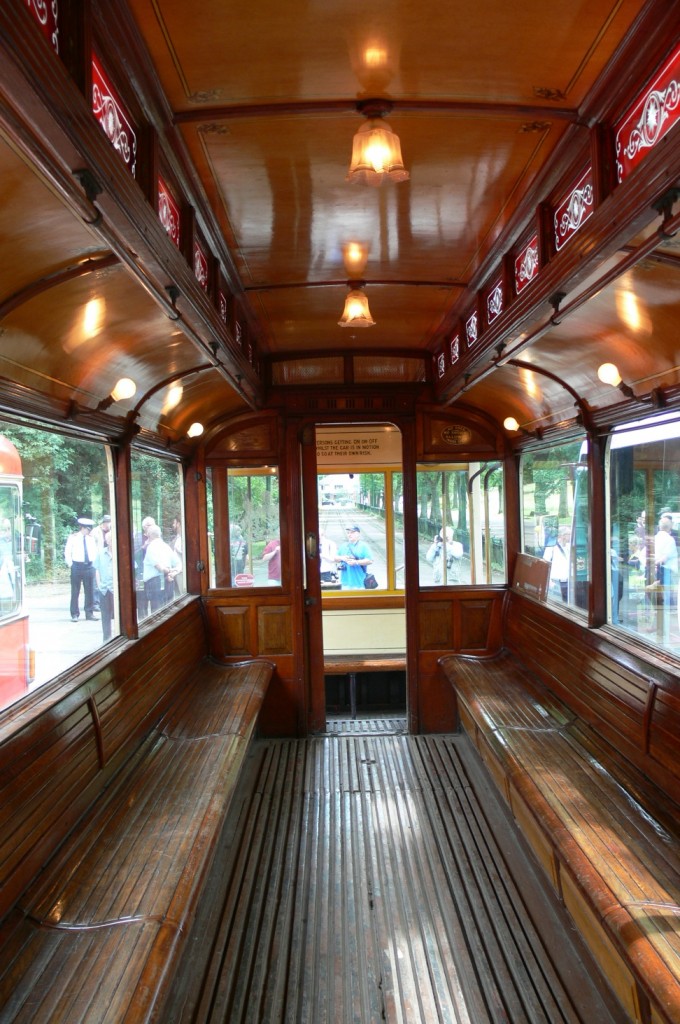 The stunning interior of 765 is shown off to full effect. They certainly don't make them like this anymore! 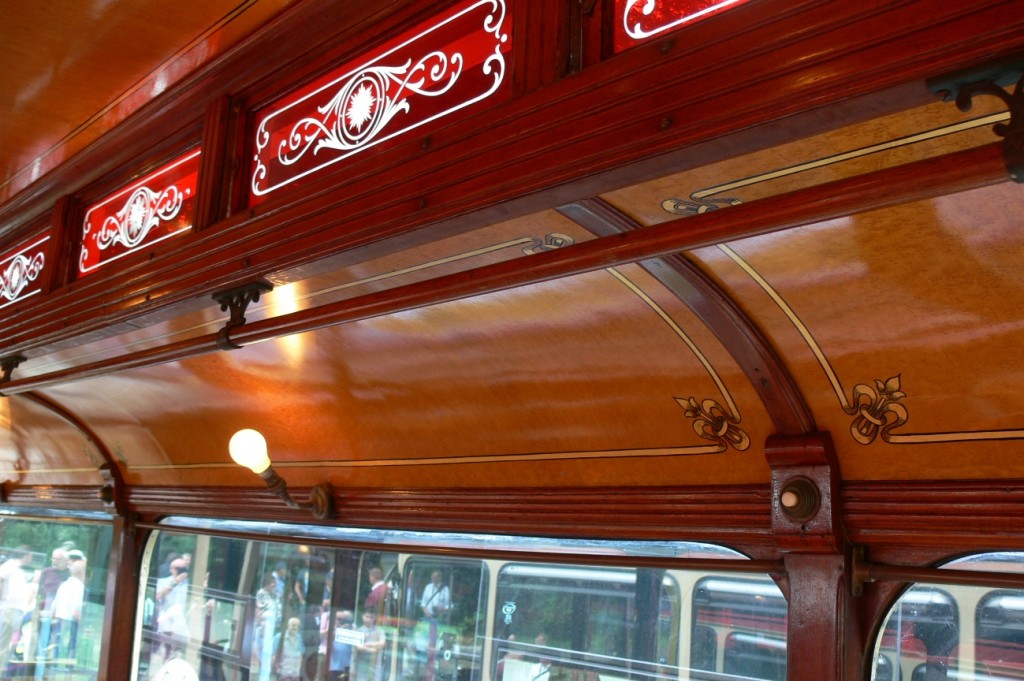 A closer look at the ornate ceiling panels and some of the beautiful glass inside the clerestory roof. 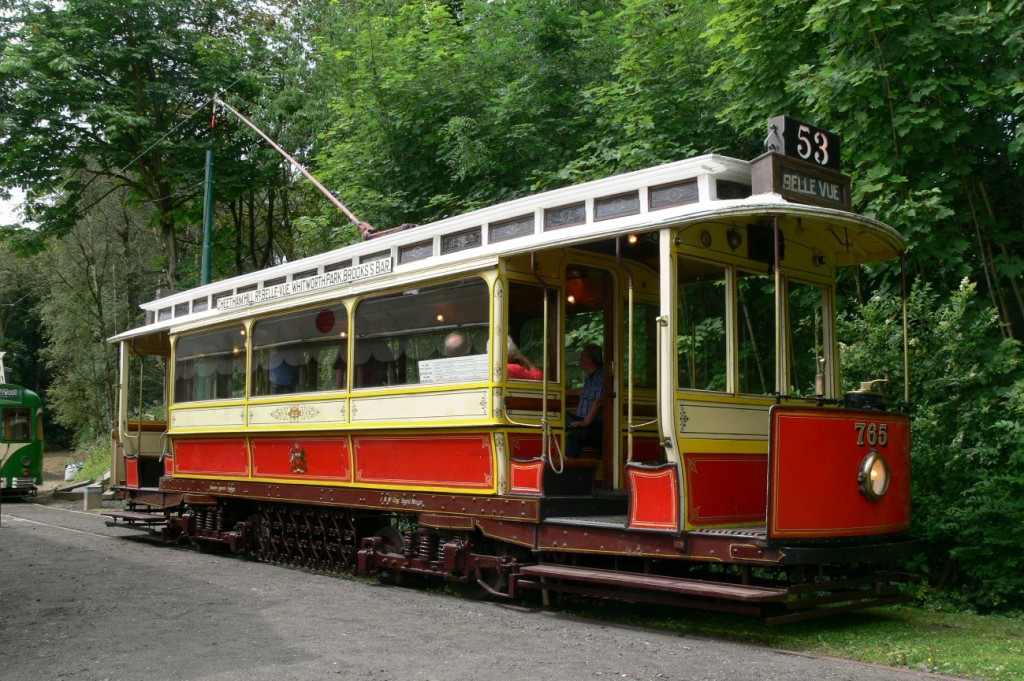 As well as the interior finish, the livery worn by 765 is surely one of the most elaborate of any preserved tram in the UK and shows the immense pride Manchester Corporation had in its tram fleet a century ago. (All photos by Andrew Waddington)

This entry was posted in Heaton Park Tramway, Trams Up Close. Bookmark the permalink.

1 Response to Up close and personal with Manchester 765