After an absence of almost a year, Blackpool & Fleetwood ‘Box’ car 40 was back in action on the Blackpool tramway on Wednesday 9th July, when the tram was taken for a test run along the promenade. Representatives of the Crich workshop and curatorial departments were invited along for the ride, having been involved in the refurbishment of the bogies, whilst work on the body has been carried out in Blackpool Transport’s own workshops.

As well as the aforementioned mechanical attention, 40‘s roof has been re-sealed and painted having previously suffered from severe leaking, whilst the ceiling has been repainted, the internal woodwork re-varnished, and the exterior paintwork has been smartened up. The roof advert boards are currently blank but are expected to receive new lettering acknowledging the sponsors who have made the recent overhaul possible before the car returns to service at the annual Fleetwood ‘Tram Sunday’ event on 20th July. This may actually be Box 40‘s only appearance in service on its native rails this year, as the car is then due to be transported to Crich in readiness for September’s event to mark fifty years of electric tram operation at the museum. Whilst this unfortunately means that it will not be possible for 40 to run in Blackpool alongside fellow Fleetwood veteran, Pantograph car 167, over the August Bank Holiday weekend, it will hopefully provide even more opportunities to enjoy the car in a less familiar setting. Indeed, much has changed since car 40 last operated at Crich way back in 1965, and as such it will be able to visit Wakebridge and Glory Mine for the first time ever! Of course, 40 will return to Blackpool later in the year and is expected to see use on at least one private hire before 2014 is over. 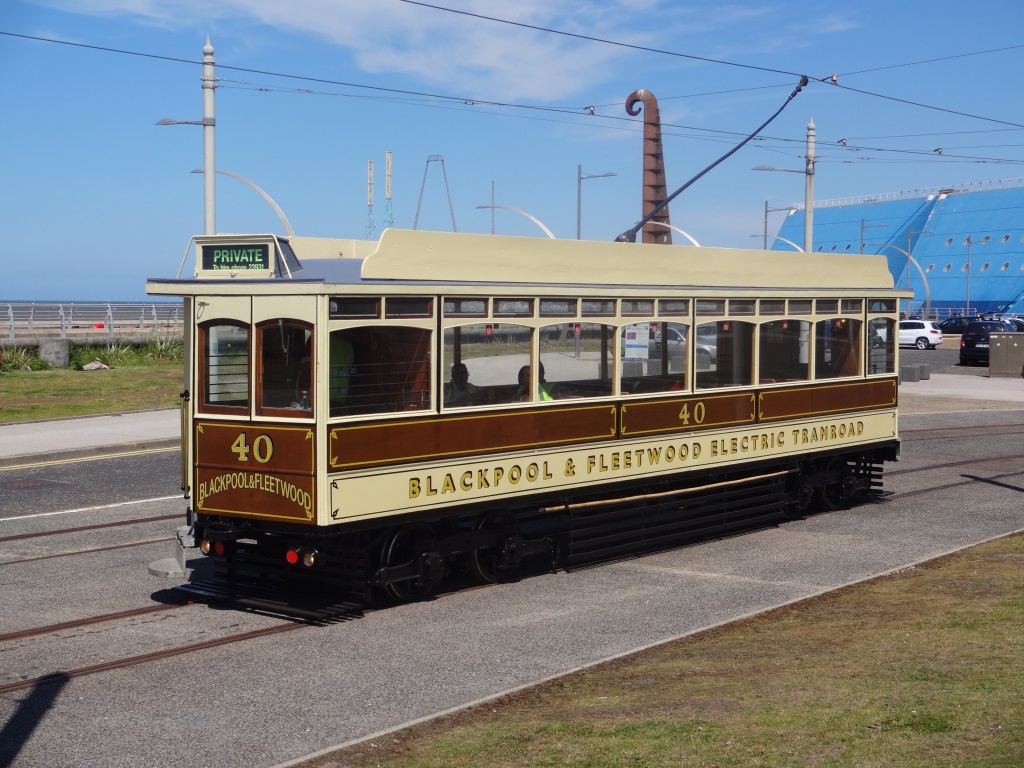 Box 40 at Pleasure Beach on a gloriously sunny 9th July during its first test run after overhaul. Note the plain cream side roof boards which should be covered by advertisements by the time it re-enters service. 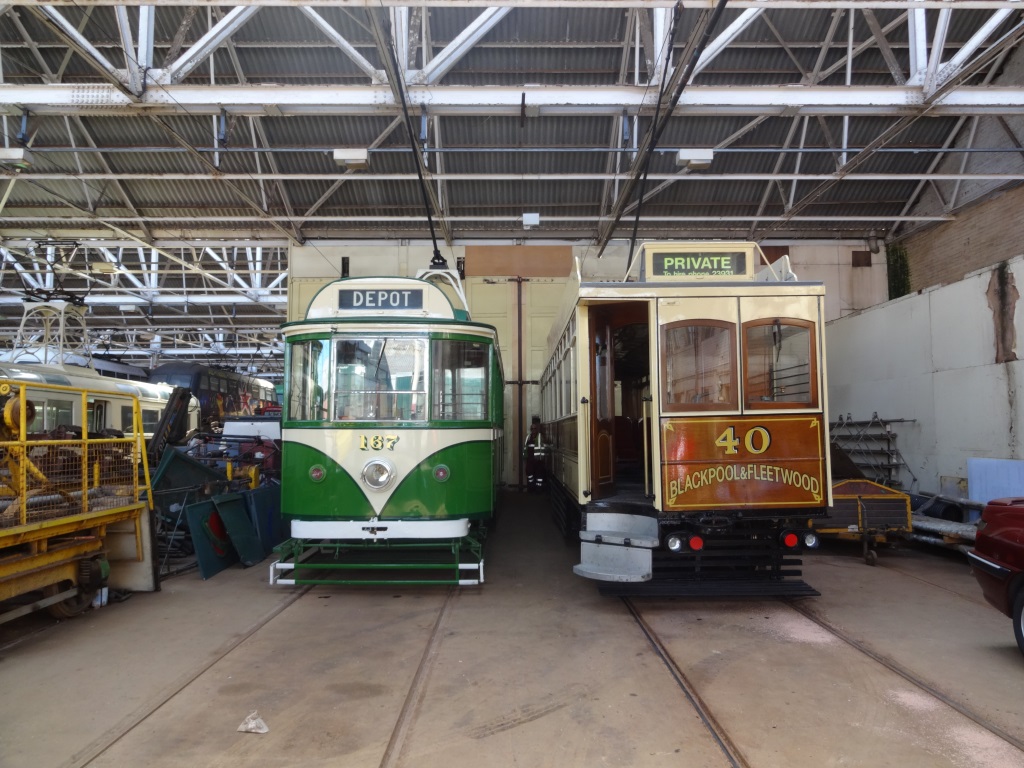 An opportunistic shot of TMS cars 40 and 167 in front of the Electrical Compound, also on July 9th. Both cars are due to be in service together at Tram Sunday, and then be reunited at Crich in September. (Photos courtesy of Crich Tramway Village news blog)