Crich Tramway Village have just staged one of their most ambitious events to date, in the shape of ‘Beside the Seaside’ which lasted for an unprecedented nine days this year. Largely aimed at families, a huge amount of effort and expense was made to put on an impressive show with extra seaside-themed attractions on offer including a big wheel, a carousel, beach area, donkey rides for the children and various other special events for odd days, such as visiting vintage vehicles and musical entertainment.

These key attractions were due to be complimented by a variety of coastal trams in service across the entire week, although due to various circumstances this didn’t always go entirely according to plan. The first day of the big event was Saturday 24th May, which was very wet – and as it turned out, this set the tone for most of the week! A trio of Blackpool trams ran on this day, consisting of Standard 40, Brush Railcoach 630 and the star of the show, Balloon 711 which was making its debut in museum service. These trams were joined by Oporto 273 and the Access Tram Berlin 3006, as well as Chesterfield 7, presumably due to a lack of enclosed cars from seaside resorts! Simiarly, Leeds 399 was used the following day although an improvement in the weather combined with a brave crew led to Blackpool ‘Boat’ 236 joining in the fun. Bank Holiday Monday, 26th May was better still, allowing Blackpool ‘Toastrack’ 166 to run in service, and then Tuesday 27th May saw all five available Blackpool trams used again, namely 40, 166, 236, 630 and 711. An added bonus on the Bank Holiday Monday was the appearance of Blackpool Jubilee car 762 for some main line test runs. This tram had, at one time, been pencilled in to enter service at this event but some further issues during testing had prevented this, although it was still excellent to see the tram in action for one of the busiest days of the week.

A serious decline in the weather conditions meant that only two Blackpool trams ran on Wednesday 28th May, these being the two heavily modernised streamliners, 630 and 711. With a few of the other trams which fitted in with the event’s theme unavailable on this particular day, Leeds 180 completed the day’s line-up; the justification for its appearance was apparently that, as a city tram, it may have been used to transport people to a railway station on their way to the seaside, which seemed to be stretching the theme a bit! Similarly dire weather on Thursday 29th May saw Leeds 399 in service along with the same two Blackpool trams. Disaster struck later in the day when an incident involving 711 caused some damage to the overhead wires at Town End; presumably as a result of this, the terminus was unavailable during the next few days, with all trams forced to load passengers outside the Tea Rooms, then travel ‘bang line’ to the depot crossover where they then reversed. On a brighter note, eyewitness reports indicate that the incident itself was dealt with extremely professionally, and that disruption to visitors was kept to a minimum.

Better weather on Friday 30th May resulted in vastly approved attendance figures after some very poor days, with extra car parking space in a nearby field having to opened to accommodate visitors’ cars. Despite hopes that this would signal an improvement in tram output, just three trams were used again and just one of these, Boat car 236, was from Blackpool. Joining it in service were Southampton 45 and the inexplicable choice of Glasgow 1068 – with Blackpool 166 being a notable absentee. Although the use of inappropriate trams was understandable during poor weather, this was a very strange choice although as always, the use of open toppers was popular with visitors.

Saturday 31st May once again saw just three trams running and these were all low capacity cars, with Blackpool 166 and 236 joined by Southampton 45. Unsurprisingly, this resulted in some heavy loadings during the day. Although it had been advertised that the second weekend of the event would be focussed on the 1950s and 1960s with the tram output consisting of cars from this era, this was actually a better output of seaside trams than had been seen over the preceding three days!

The final day of this mammoth event, Sunday 1st June, saw Blackpool 40, Blackpool 236, Sheffield 510 and Berlin 3006 in action, giving a good mix of trams from the seaside and the 1950s/1960s. In addition, the overhead line repairs at Town End were completed during the morning, allowing normal service to resume.

Some quarters have hailed the seaside event at Crich as a massive success, whereas others have been far more critical, and the truth probably lies somewhere in the middle. Certainly, no expense was spared in putting on a spectacular event with broad appeal, with some of the family attractions bringing back fond memories of the classic Extravaganzas held at Crich many years ago. Whilst factors such as the weather and breakdowns are obviously beyond the museum’s control, the tram output seemed to be the weak point of this event, but hopefully the other attractions on offer compensated for this to ensure that most visitors went away happy, as it would be good to see more ambitious events such as this be staged at Crich again in the future, and reports suggest that visitor numbers were healthy despite the off-putting weather.

Thanks go to Gordon Burch for assisting with the information contained in this article. 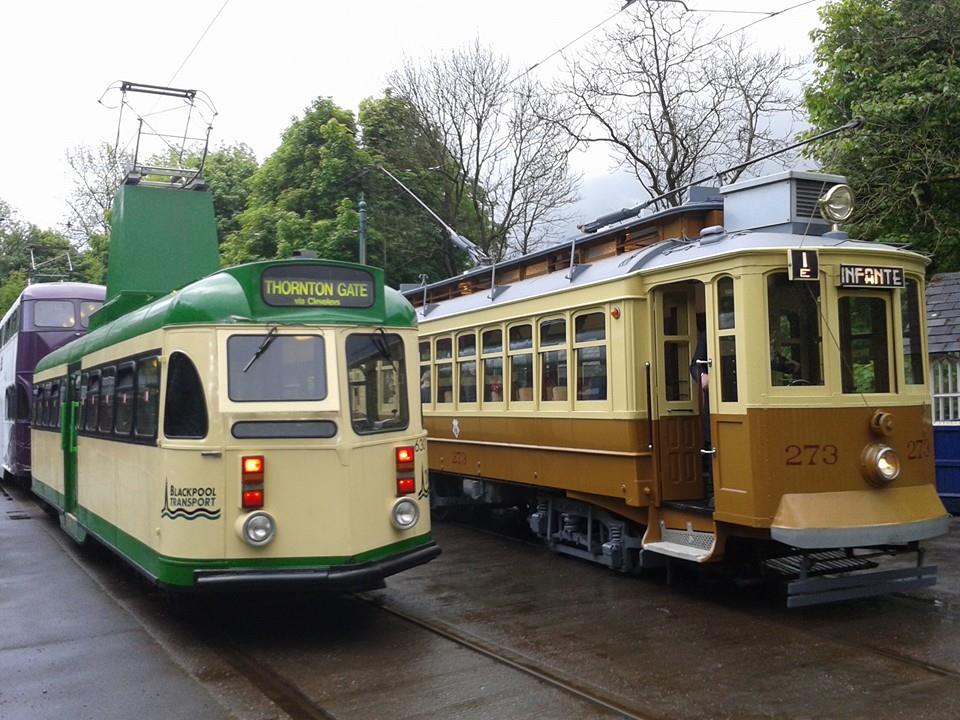 Two modernised Blackpool trams, 630 & 711, pass the more exotic Oporto 273 at Wakebridge passing loop during the first weekend of the 2014 seaside event at Crich. 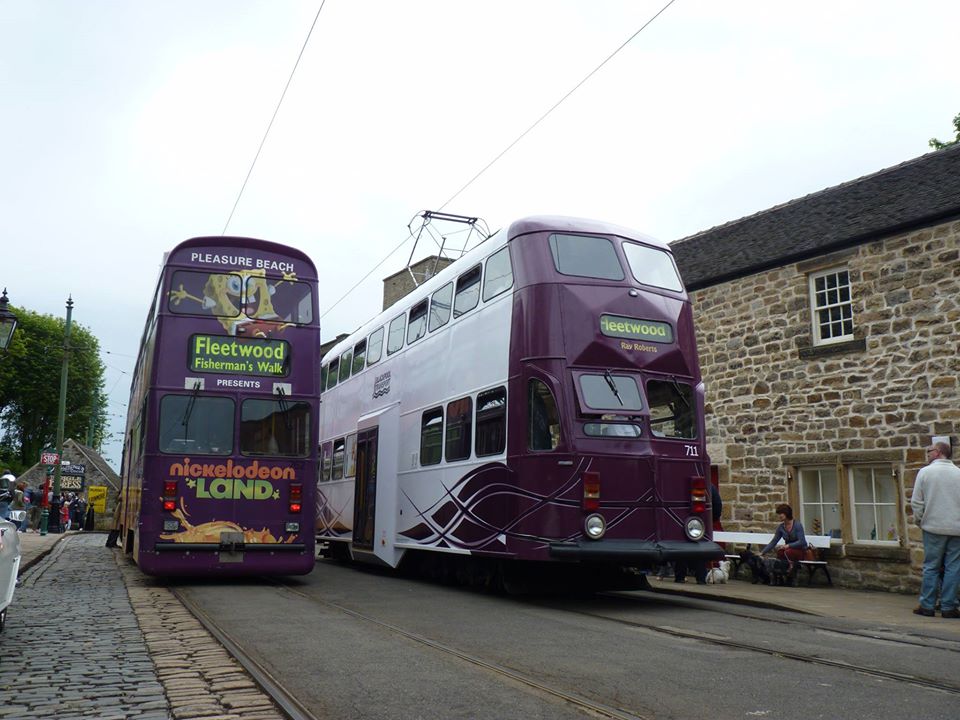 The bizarre sight of two 'modern' double-deck trams in the period street at Crich. Jubilee car 762 (on a test run) joins Balloon 711 on Monday 26th May. 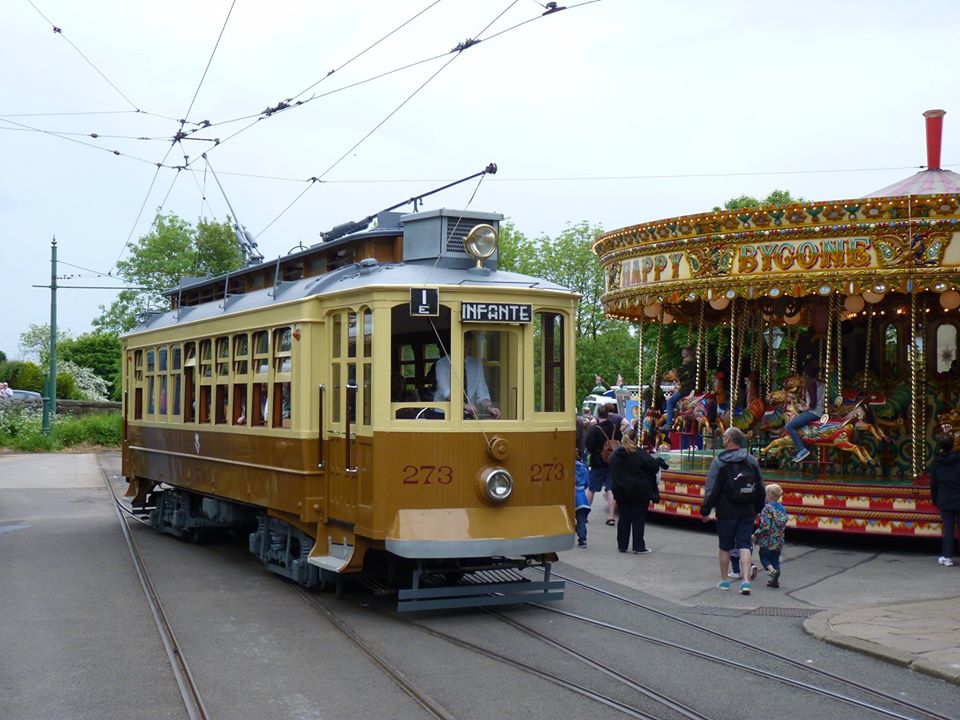 With a carousel in the background, Oporto 273 is seen departing from Town End. (Photos x 3 by Gary Conn) 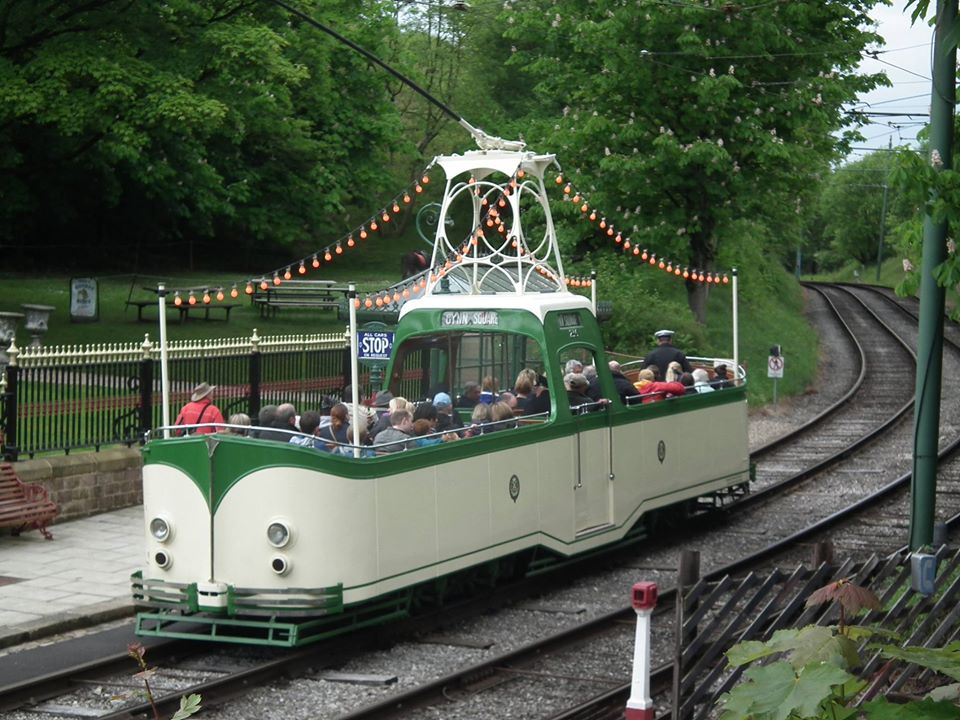 That's more like it! Thankfully the weather wasn't all bad and this allowed Boat 236 to run a few times, including on 25th May when it was captured at the Bandstand stop. 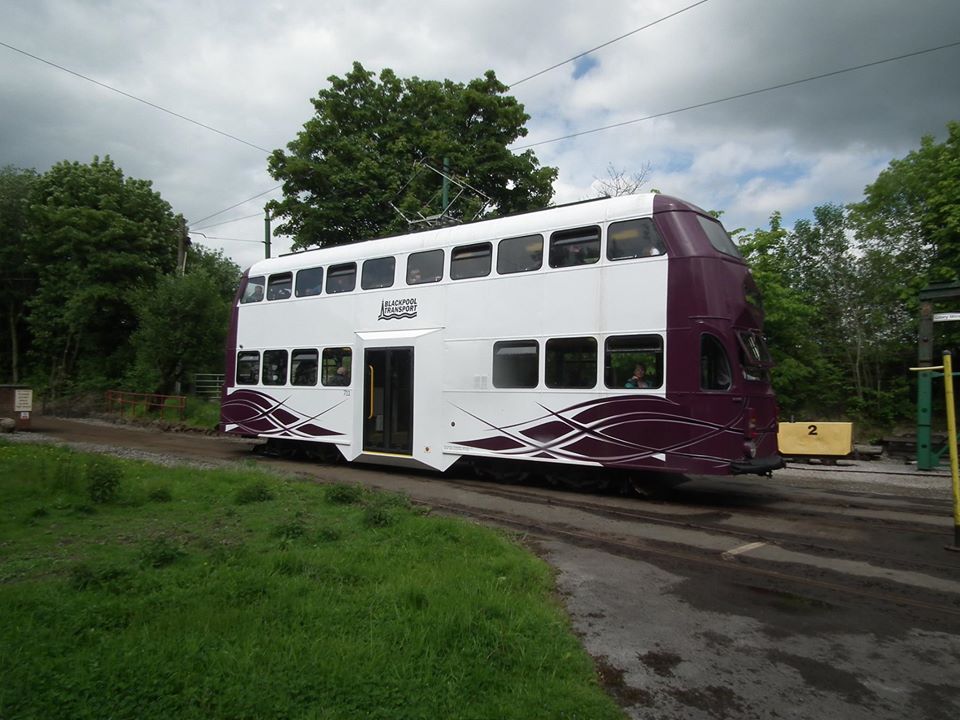 One final look at visiting Balloon car 711. This time the tram is pictured at Wakebridge, also on Sunday 25th May. (Photos x 2 by Steve Kemp)

13 Responses to Do we like to be beside the seaside?