Tram enthusiast Andy Ashton and the North Eastern Electrical Traction Trust are pleased to announce that Blackpool Brush car 634 will be joining the superb collection of trams that is being gathered at the site of the North East Land Sea and Air Museums near Sunderland. Discussions between the owner of 634 (Andy Ashton) and NEETT have been ongoing for sometime, and now that the superb new shed nears completion and is about to receive its first inhabitants, it has become time to make an announcement.

In a mutually agreeable arrangement, 634 will become part of the NEETT collection for a period of ‘not less than 20 years’ whilst remaining in the ownership of Andy, who has undertaken an internal refurbishment since he purchased the car from Blackpool Transport in July 2009. The move is expected to take place in early March, allowing 634 to move directly to covered accommodation for the first time in over 4 years.

Andy will continue to undertake work on 634; however there is very little left to do before the car can welcome visitors on board. Andy would also like to publicly thank NEETT for their invitation and the welcome that 634 has been offered, and also to the outstanding hospitality given over the past 4 years whilst the car has been at the Rushden Historical Transport Society site in Northamptonshire. The addition of a Brush Car to the NEETT fleet adds to the vehicles already on site and fills the gap for what would have been the core service car types in daily use in their home town of Blackpool.

Following the very recent announcement that another former Blackpool stalwart, Towing car 671, is also set to join the North East museum collection, it is clear that this organisation is rapidly becoming one of the key players in the British tram preservation scene and the presence of this finely restored streamliner will undoubtedly give another excellent reason to visit the Sunderland site this year.

Our thanks go to 634‘s owner Andy Ashton for providing the press release and photograph which form the basis of this article. 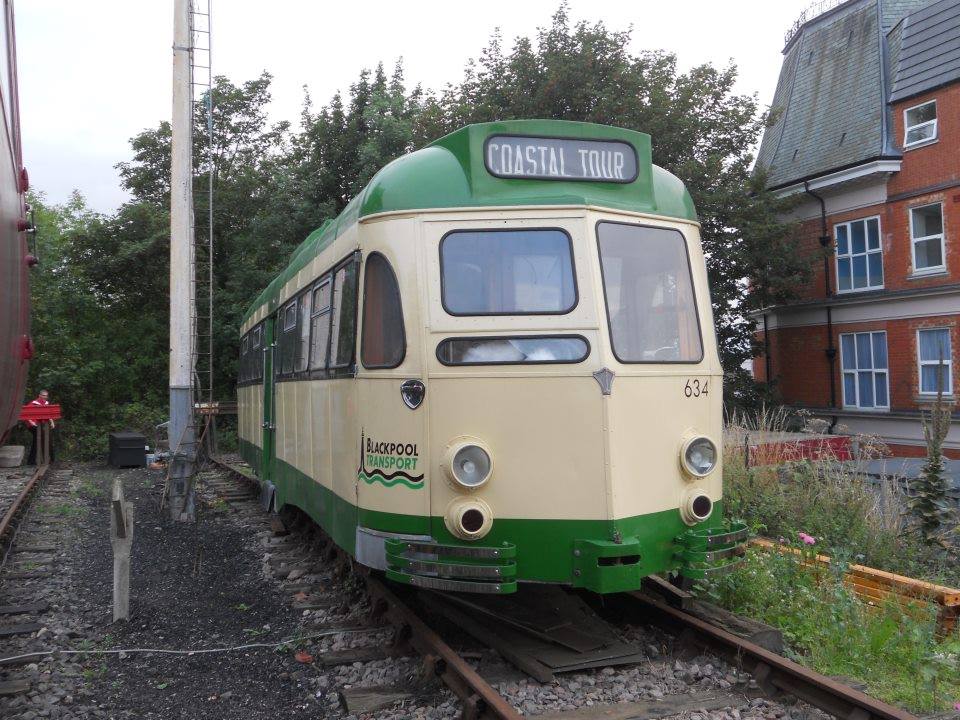 634 at its current home at Rushden, showing off the smart1990s 'green skirt' livery applied by its owner. (Photo by Andy Ashton)

1 Response to A new home for Blackpool Brush Railcoach 634